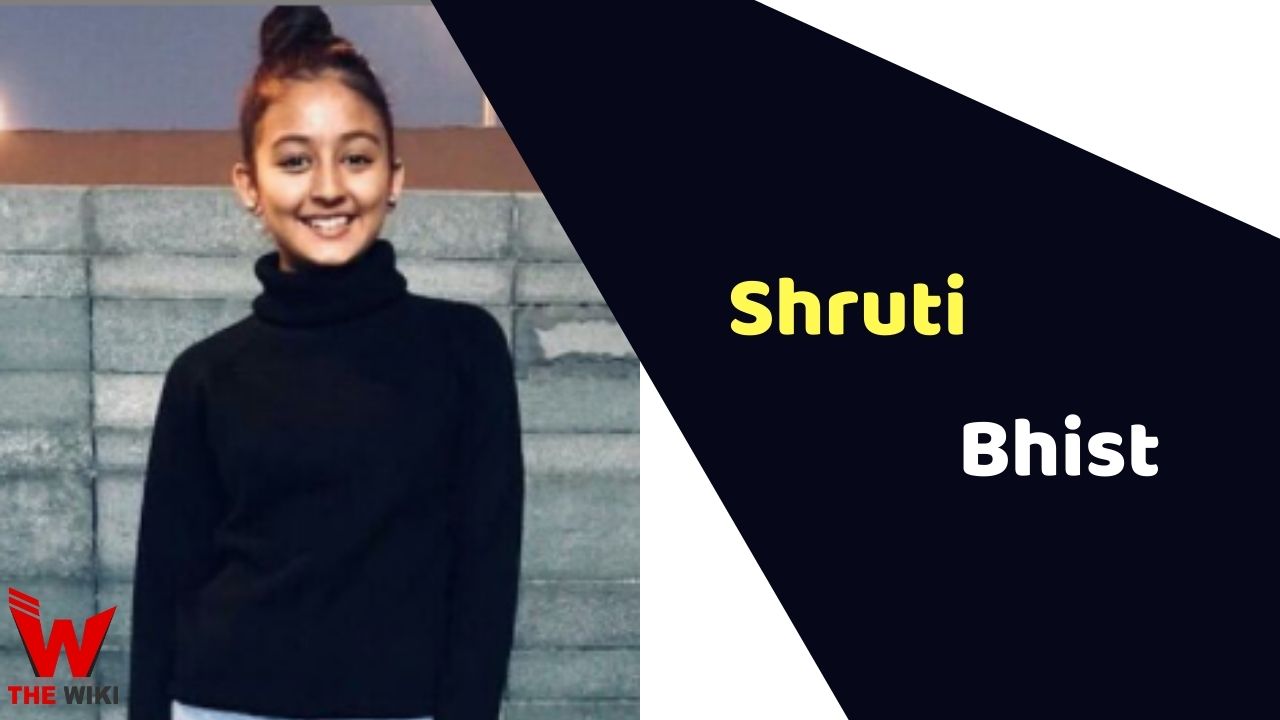 Shruti Bhist is an Indian child actor. She has mainly worked in the television industry and appeared in some Marathi and Bollywood films. She is mostly known for her role as Saloni in Baalveer.

Shruti Bhist was born on 22 January 2003 in Pauri Garhwal, Uttarakhand. She is currently 18 years old (in year 2021) and a student of St. Lawrence High School in Uttarakhand.

Shruti made her screen debut at the age of 8 with Zee TV’s show Ek Nayi Choti Si Zindagi as Ira. The serial was a huge hit among both national and international viewers. It revolved around the lives of two orphaned sisters Isha and Ira and highlighted their struggles. The serial aired from 4 April 2011 to 16 December 2011 on Zee TV. She was offered the role of Pinky in Chintu Chinki Aur Ek Badi Si Love Story in the same year.

She has also starred in several popular TV shows such as Saath Nibhaana Saathiya, Hitler Didi, Arjun and Baal Veer. She made a mark on the hearts of her audience as well as the industry with her splendid acting.

Some Facts About Shruti Bhist

If you have more details about Shruti Bhist. Please comment below we will updated within a hour.