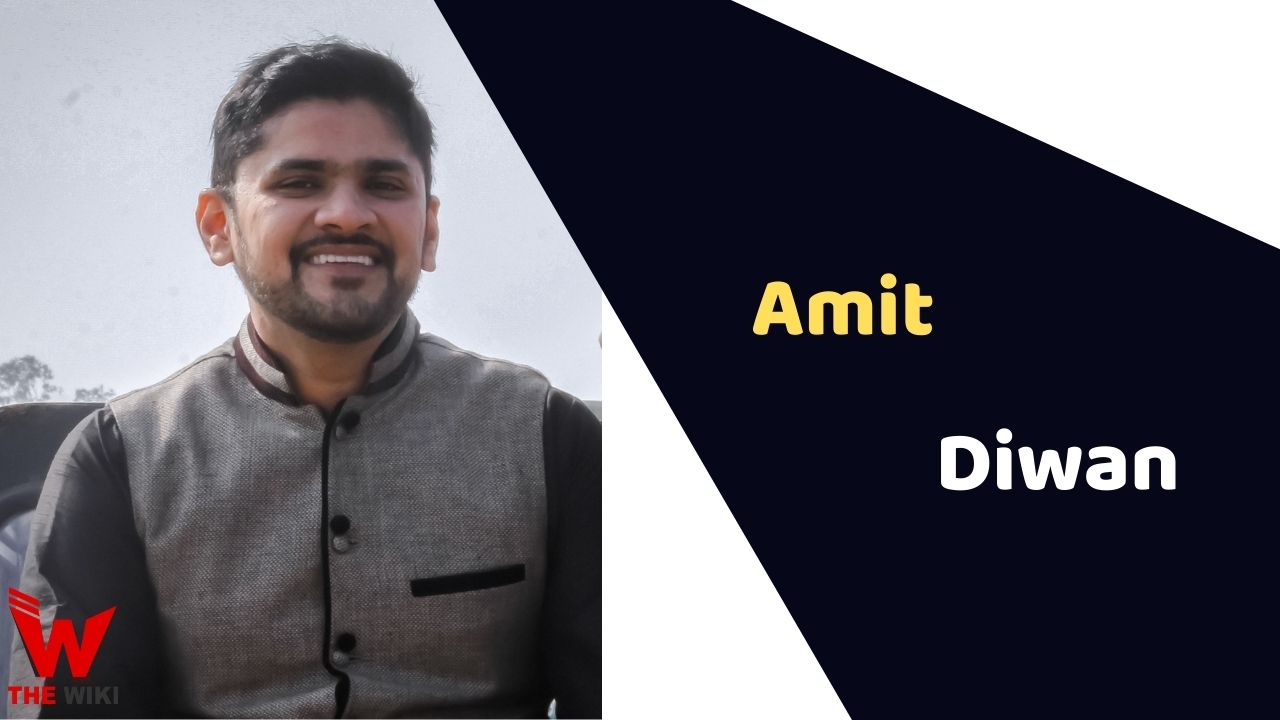 “Amit Thinks” YouTuber was born Amit Diwan in Delhi, India. He is an Indian Entrepreneur and Youtuber, sharing his technical and programming knowledge on his website and YouTube Channel.

Right now, through his platforms, he published videos and content on programming and web development.

He is the Founder of “Amit Thinks” YouTube Channel and studyopedia. Both platforms provide Technical Courses in the form of Video and Text.

Amit Diwan was born on 25th March 1989 in Delhi. Amit did Masters in Computers Applications (MCA) and in the final year itself, he started taking freelancing projects on programming and web development. Today, Amit has become a well-known YouTuber, teaching programming on his YouTube Channel “Amit Thinks”.

After completing his schooling at St’ Marks Senior Sec. Public School, Janakpuri, Delhi, Amit realized that he is more interested in Programming. Due to this, he went for BCA and then MCA.

Since childhood, Amit Diwan is an avid Cricket Lover and always wanted to be a cricketer. His interest also grew in computer programming, when he was 17. He then went for BCA after Class 12th. After BCA, he did MCA from GGSIPU, Delhi.

He comes from a family background with government and private company jobs, wherein job is preferred over business.

In the final year of MCA, he was more focused on getting freelancing work, instead of getting a job. Finally, he got his first freelancing gig at the age of 22, wherein he worked on a Python programming project.

After completing MCA, Amit got placed in Accenture. His joining got delayed by 3 months. Meanwhile, working on his freelancing projects and waiting for joining Accenture, he landed a job at IIT, Delhi. He decided to quit joining an offer from Accenture as a Software Engineer to focus on his job and freelancing gigs, with an aim to start his own IT company one day.

He then worked for “IASRI, Delhi” as a “Research Associate”, then “University of Delhi” as a “System Analyst”. After that, he went to work for a private company in Noida, “C# Corner” as a Technical Content Manager. While working for C# Corner, he was awarded MVP (Most Valuable Professional Award).

His freelancing clients included India and Australia’s top E-Learning websites Tutorialspoint and Sitepoint, respectively. He bought his first car at the age of 24, through money earned from freelancing gigs. He has worked on and created, and published Video Tutorials in 20+ technologies, including programming languages, databases, CMS, etc. Till now, he has written/published more than 50k articles, posts, codes, blogs, and videos on E-Learning for students, engineers, and professionals. These posts/blogs/videos have received millions of views.

After getting experience from all these reputed government offices and private companies through full-time jobs and freelancing, he decided to begin his own work as an Entrepreneur. He then went on to develop an app, “Learnofy” for kids facing difficulty in learning and writing. The app was discontinued after a year.

Then, Amit Diwan launched his own startup, studyopedia.com and Amit Thinks YouTube Channel. Programming and web development courses are provided on his channel and website. Python videos and tutorials are more popular on his channel.