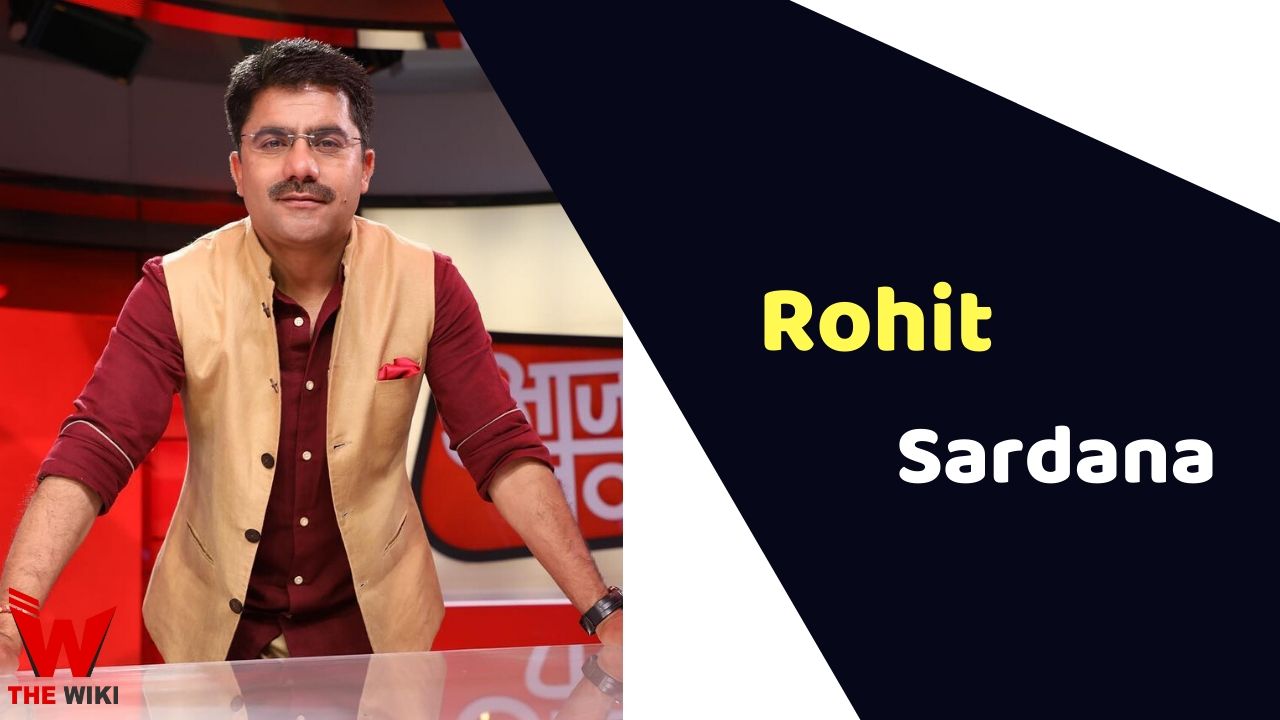 Rohit Sardana was an Indian journalist and news presenter. He had worked with television channels like Zee News, Aaj Tak and Sahara News in his career. Rohit started his career in 2004. On 30 April 2021, he died untimely due to heart attack in Noida based Metro Hospital.

Rohit Sardana was born on 22 September 1979 in Kurukshetra, Haryana to a middle-class Hindu family. He completed his schooling from Kurukshetra’s Gita Niketan Awasiya Vidyalaya. After this, went to Hisar to do his further studies. He holds a Bachelor of Psychology (BA) degree from Guru Jambeshwar University of Science and Technology, Hisar, and a Masters (MA) in Mass Communication from the same university.

Like all journalists, Rohit also started his journey through the print media, but he did not satisfied with her job and trying to be a TV anchor. After some interviews, Rohit got a job in the radio station. After working for some time, Sardana came to Delhi. In Delhi, he got an opportunity to do an internship with E-TV and also they offered a job. After working as VT editor for the first 5 months, he started working as a TV news presenter. After this, he never looked back. His TV show “Taal-Thok Ke” on Zee News became quite popular.

He had been associated with India Today Group’s channel Aaj Tak since 2018. He hosted a TV show called Dangal on this channel.

Rohit Sardana passes away due to heart attack. He had tested positive for Covid-19 and was admitted to Metro Hospital on 29 April 2021.

Some Facts About Rohit Sardana