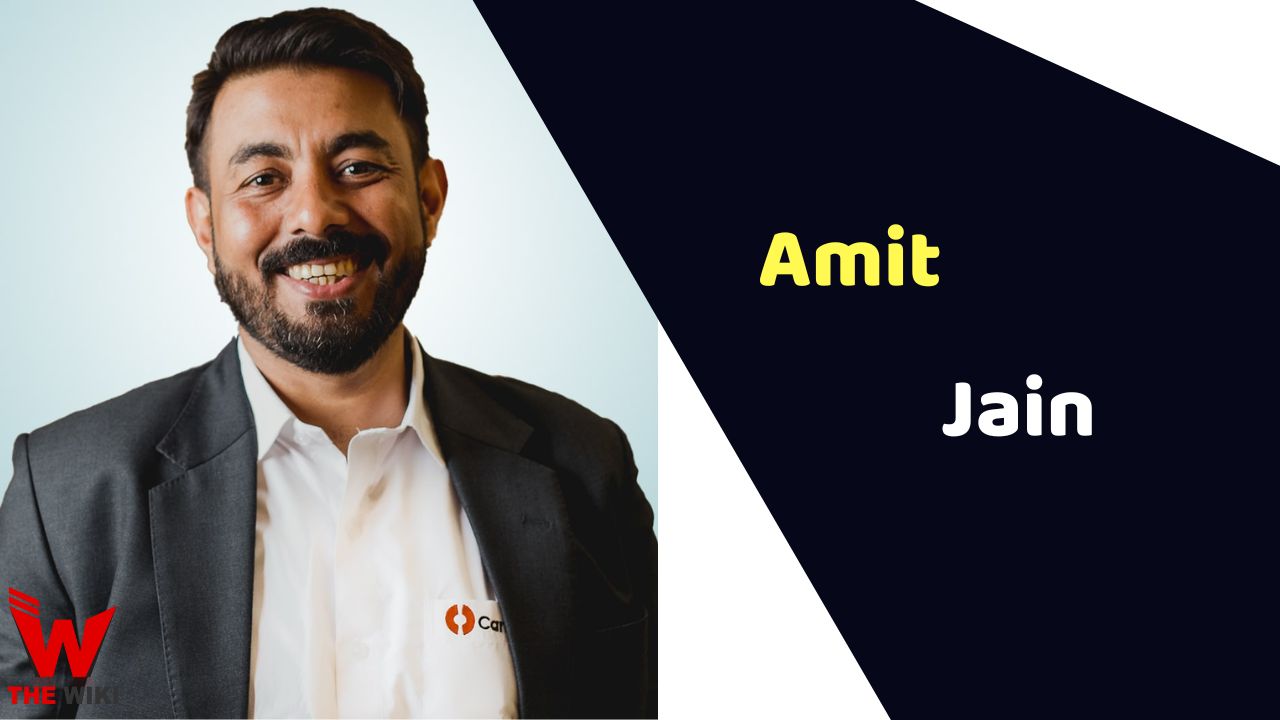 Amit Jain is an Indian entrepreneur and investor. He is currently CEO and co-founder of CarDekho. In 2022, Amit grabbed headlines for featuring as one of the investor in Sony Entertainment Television’s business reality show Shark Tank India Season 2.  He has been also worked in some software development companies including Tata Consultancy Services.

Amit Jain was born on 12 November 1976 in Jaipur, Rajasthan. He has done his schooling from St. Xavier’s Senior Secondary School and then moved to Delhi. Amit joined Indian Institute of Technology (IIT), Delhi to pursue graduation in Bachelor of Technology.

In 1998, Amit started working as software engineer at Tata Consultancy Services. Later in 2000, he joined software development company Trilogy where Amit worked on some company websites like YourBilBuddy. In 2006, he left the job and moved to hometown to take care of his father who was suffering from an illness for long time.

He and his brother started working their father’s business. After generating tons of profits, they started their own business of home garage and mechanical software company GirnarSoft. In 2008, Amit and his brother visited to Auto Expo in New Delhi and return back with an idea to create an application platform to buy and sell cars with right information and review. From there the journey started of CarDekho.com.

In the first year of venture, they face many difficulties as they loss more than one crore due to 2009 stock market crash. They had no liquid money to raise the company. But, after some time CarDekho generated good returns and in 2015, Amit decided to expand their business in various fields such as Bikes (BikeDekho), Academics (CollegeDekho), Insurance (InsuranceDekho) and many more.

Some Facts About Amit Jain