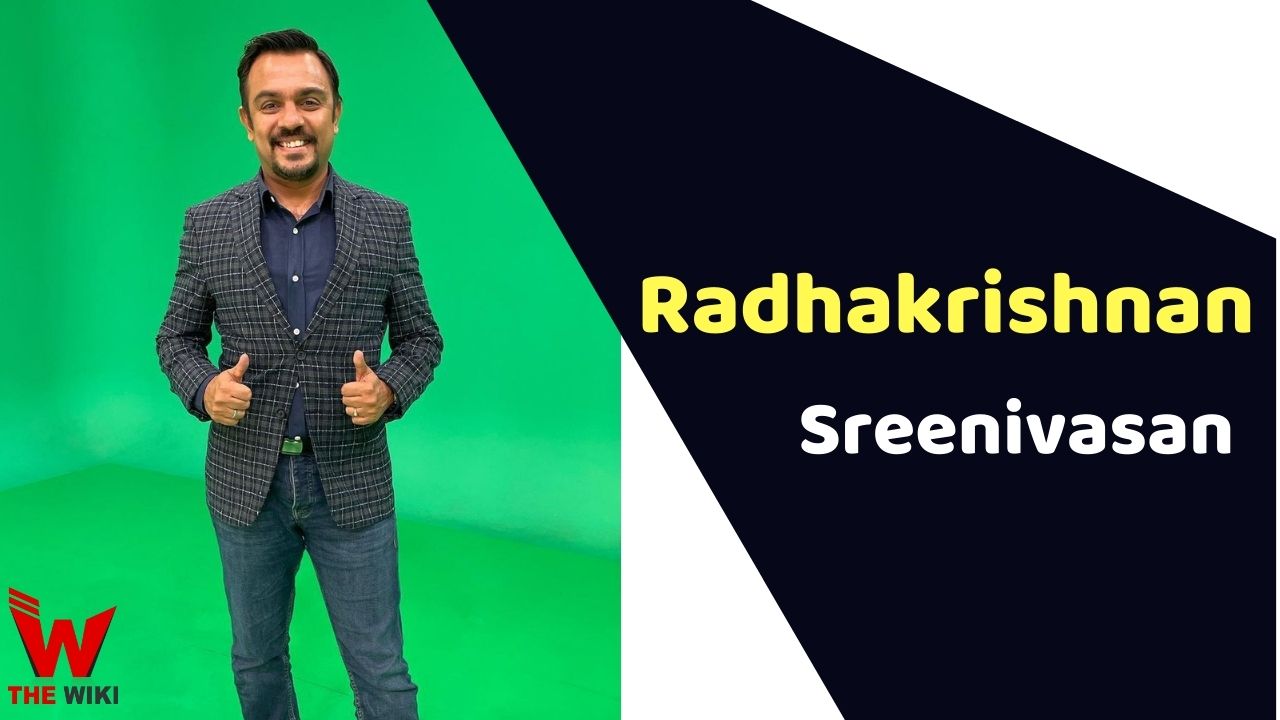 Radhakrishnan Sreenivasan is a sports presenter. He found his passion behind the microphone. RK believed he needed to take the plunge into the world of media and today he is one of the very few presenters in the country that have hosted a variety of sport. He has hosted all kinds of sports from Cricket World Cup to Champions League Football to Pro Kabaddi League.

Radhakrishnan Sreenivasan was born and brought up in Chennai and he has a younger sister . He did his schooling from Chennai itself and later graduated in Physics from Madras Christian College and did post- graduation in MBA from K. J. Somaiya Institute of Management Studies. He has always been fond of elocution and debates from his early schooling days in Chennai.

RK got his first break in year 2002 when he joined as a Reporter for ESPN STAR Sports in New Delhi. He also covered the ICC Cricket World Cup in South Africa in 2003. RK joined ESPN’s Singapore office as one of the producers of award-winning Sports bulletin Sports Center. Then he moved back to India as the lead Presenter/Sports Editor for Neo Sports. He worked as fronting the cricket broadcast for the Indian subcontinent and the Middle East for the next five seasons for channel Neo sports where and had the privilege of working with some of the biggest names in the world of cricket.

He later moved into management where he headed Football Production for Ten Sports in New Delhi. RK is currently a Senior Presenter with STAR Sports and he has hosted the Indian Premier League, India cricket, the Indian Super League and the Pro Kabaddi League.

Some Facts About Radhakrishnan Sreenivasan

If you have more details about Radhakrishnan Sreenivasan. Please comment below we will updated within a hour.