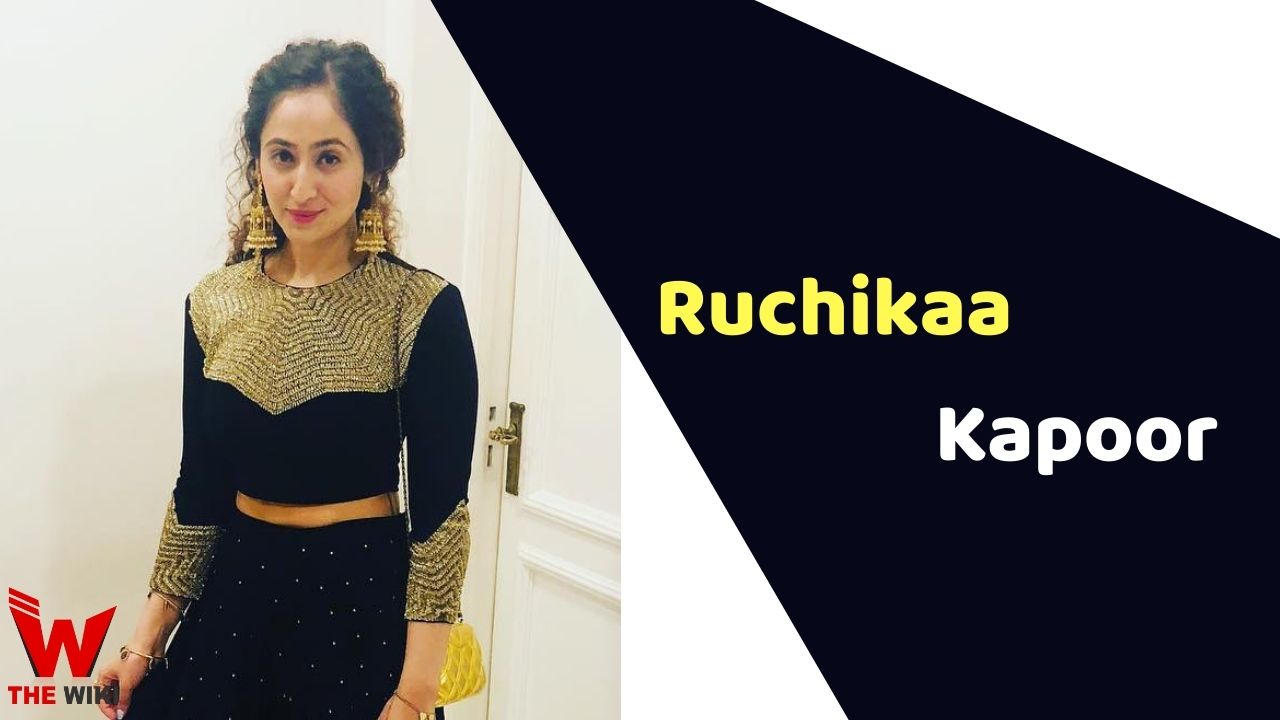 Ruchikaa Kapoor is an Indian producer involved in the Indian entertainment industry. She works with Ekta Kapoor production house Balaji Telefilms. She has worked as the creative producer for various popular movies like ‘Dream Girl’ (2019). Ruchikaa has also been part of many Netflix films as producer or other crew member.

Ruchikaa Kapoor was born on 21 June 1988 in Mumbai, Maharashtra. She her completed her schooling from Jamnabai Narsee School, Mumbai. She later went on to complete her Bachelors in English Literature particularly focusing on British and Commonwealth literature from Jai Hind College, Mumbai.

Ruchikaa joined this industry in December 2010, and started working for Balaji Motion Pictures Ltd. She was the company’s ‘Head of Marketing and Branding’and is the youngest woman to be in such a position in a major motion picture studio. She contributed to creative development of intellectual properties like Box Cricket League (BCL), Telly Style Awards and many others. Ruchikaa also developed new business like ‘Ek Label’ for her company’s brand. She was associated with this for 2 years (till 2016).

She has worked on various successful projects like that of ‘Half Girlfriend’, ‘Udta Punjab’, ‘Ek Villian’, ‘Mein Tera Hero’, ‘Once Upon a Time in Mumbai Dobaara’, ‘The Dirty Picture’, ‘Shor in the City’ and many more.

Ruchikaa Kapoor is currently in relationship with actor Shaheer Shaikh.

Some Facts About Ruchikaa Kapoor

If you have more details about Ruchikaa Kapoor. Please comment below we will updated within a hour.