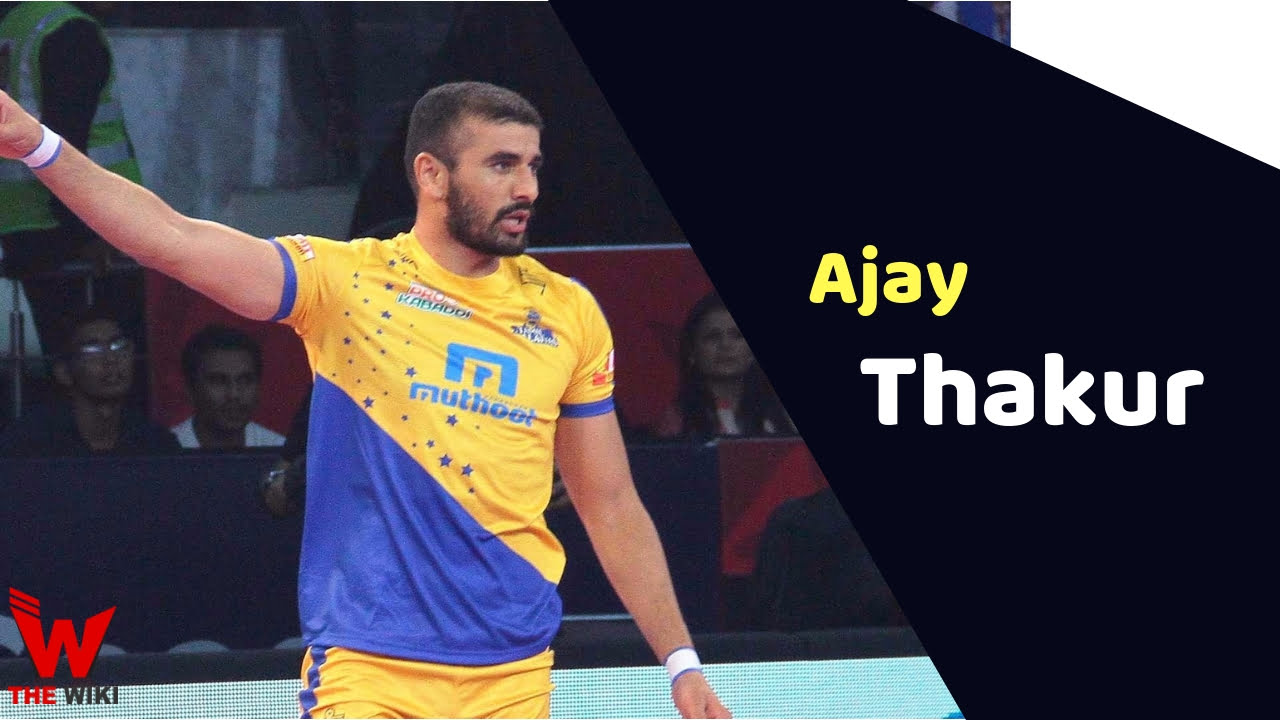 Ajay Thakur is an International Kabaddi player. Ajay was born on 1 May 1986 in Nalagarh, Himachal Pradesh. He complete their graduation from Shimla University. He is currently Captain of Indian National Kabaddi Team and Pro Kabaddi Team “Tamil Thalaivas”. Thakur started playing Kabaddi since his childhood. He was selected to represent Indian Kabaddi Team when he was just 19 years old.

Some Facts About Ajay Thakur

If you have more details about Ajay Thakur. Please comment below we will updated within a hour.