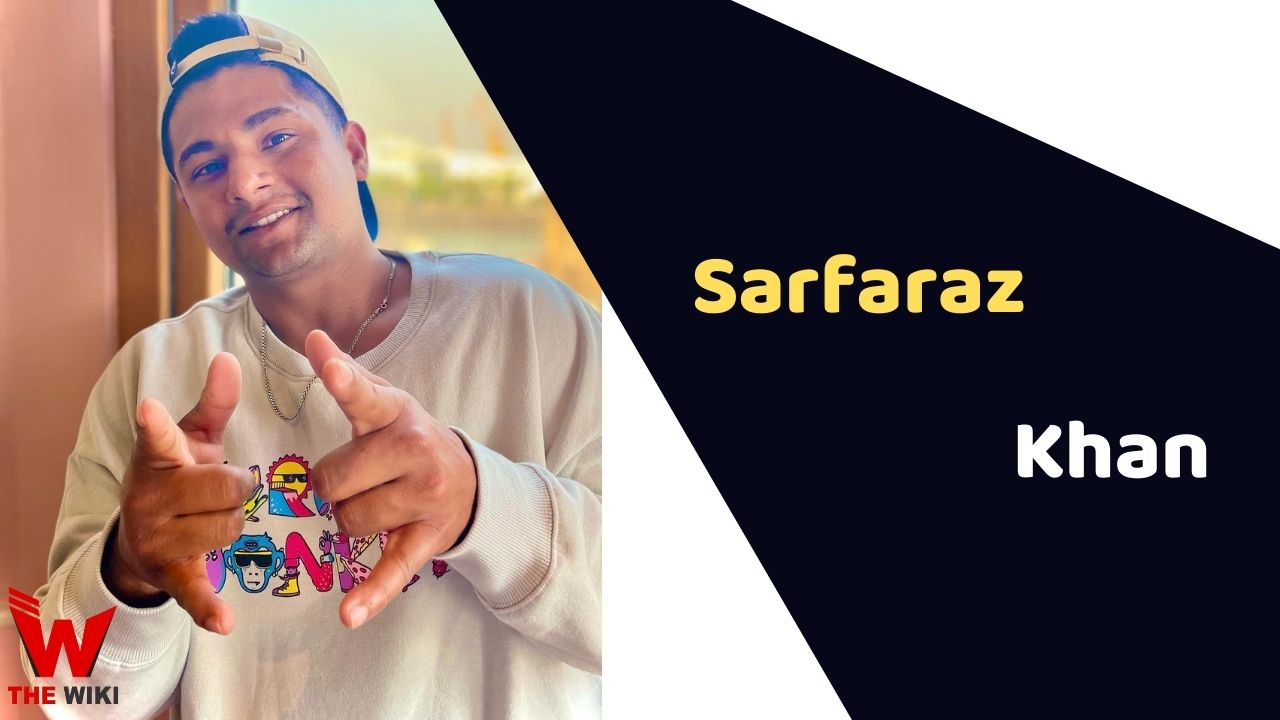 Sarfaraz Khan is a first-class Indian cricketer. He plays for his home team Mumbai. He bats with the right hand and bowls the leg break with the right hand. He came into the public eye when he broke the 45-year-old record set by Sachin Tendulkar, when he scored 439 runs in 421 balls in the 2009 Harris Shield tournament. Sarfaraz became the second highest run-scorer of the 2016 Under-19 World Cup.

Sarfaraz was born on 22 October 1997 in Mumbai, Maharashtra. His father Naushad Khan also used to play cricket during his time. His mother is Tabassum Khan. Sarfaraz has two brothers Musheer Khan and Moin Khan, both of them are also adept at playing cricket like Sarfaraz. His dream was to play for the India team, he made his Ranji Trophy debut for Mumbai.

Musheer has been the captain of the Mumbai Under-16 team. He spent more time to cricket than studies, if anything comes first in his life then it is cricket.

Sarfaraz has been associated with cricket since childhood. His father was also a cricketer, but he never played for India. Sarfaraz’s dream was to fulfill his father’s dream and join the Indian cricket team. He spends most of his time practicing cricket at Azad Maidan. Happiness came in Sarfaraz’s life when he played a stunning innings in the 2014 In-19 Cricket World Cup.

In 2018, he had to pay 3 crores to Royal Challengers Bangalore to include Sarfaraz in his team. From IPL 2019 to 2021, he was included in his team by Kings XI Punjab for Rs 2.5 Crore. In the IPL of 2022 Sarfaraz has been added by Delhi Capitals with his team at a base price of 20 lakhs.

Some Facts About Sarfaraz Khan

If you have more details about Sarfaraz Khan. Please comment below we will update within an hour.