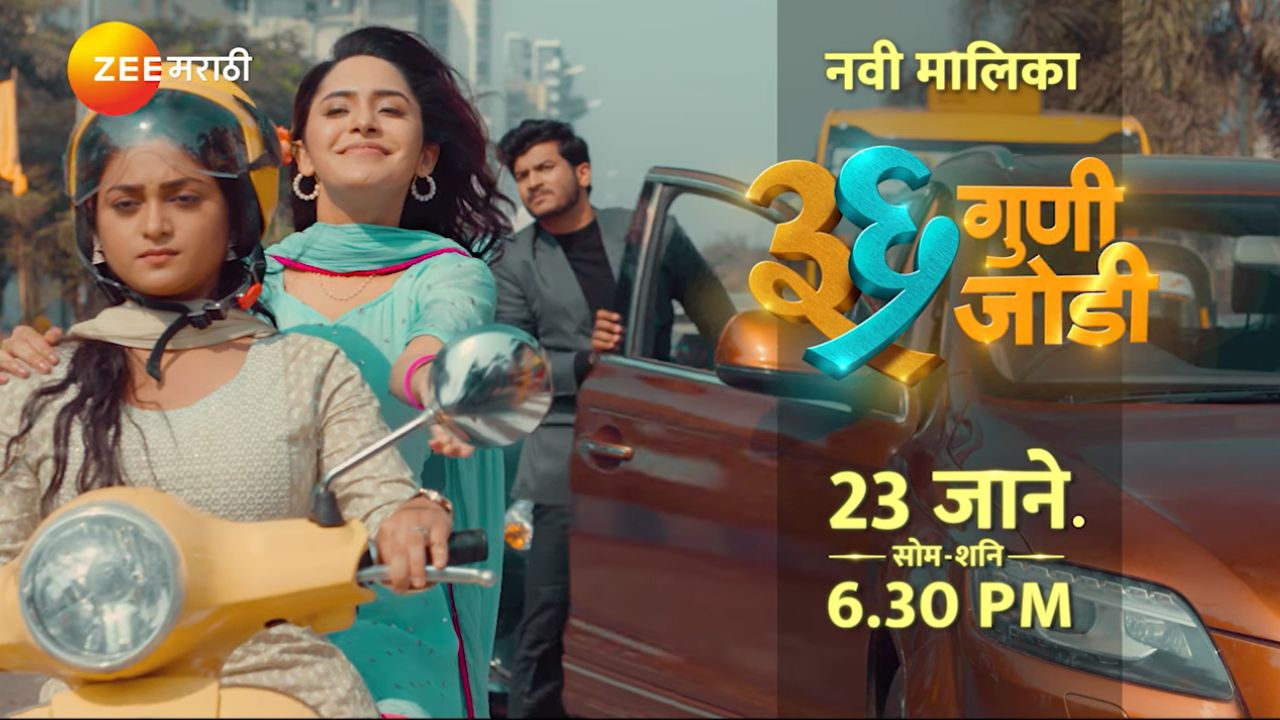 36 Guni Jodi is an Indian Marathi language romance drama television serial helmeted by Harish Shirke and produced by Shashank Ganesh Solanki. It stars Ayush Sanjeev and Anushka Sarkate in the lead roles. The show is being made under the banner of Seventh Sense Media. The show is released on 23 January 2023.

36 Guni Jodi is telecast from Monday to Saturday at 6:30pm on Zee Marathi channel. The show is also available for online streaming on Zee5. Recently its first promo was launched on 27 December 2022 featuring lead cast. Other details related to the show are given below.

If you have more details about the show 36 Guni Jodi, then please comment below down we try to update it within an hour