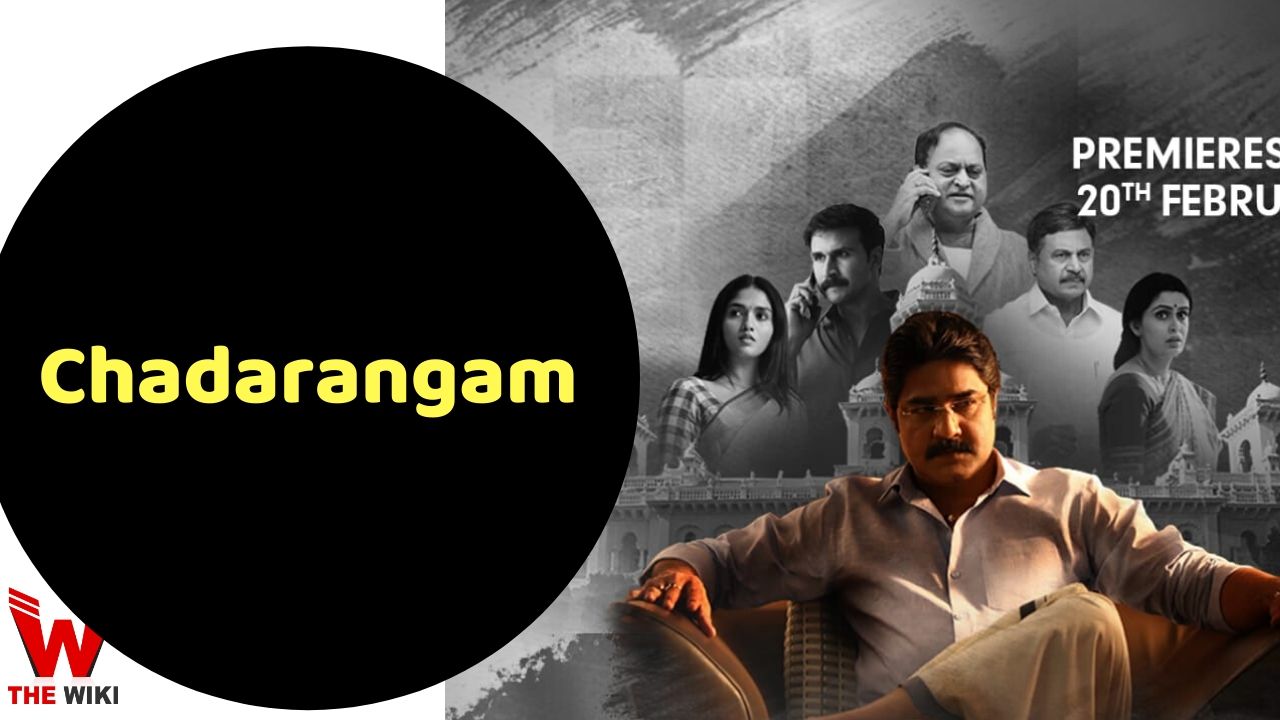 Chadarangam is a web series produced by Zee5. This web series will be launched on 20 February 2020. In this web series, artists like Srikanth, Nagineedu, Kousalya, and Sunaina will be seen in important role.

This web series is based on true events, which various powerful politicians and a popular cinema star are trying to control state’s political affair.

Complete cast and crew of web series Chandragam as follows:

This web series is available on Zee5’s app and website. To see this web series, you will have to subscribe to zee5. Once you subscribe, you will be able to watch it at any time. This series will be launched on 20 February 2020.

If you have more details about the web series Chadarangam, then please comment below down we try to update it within an hour