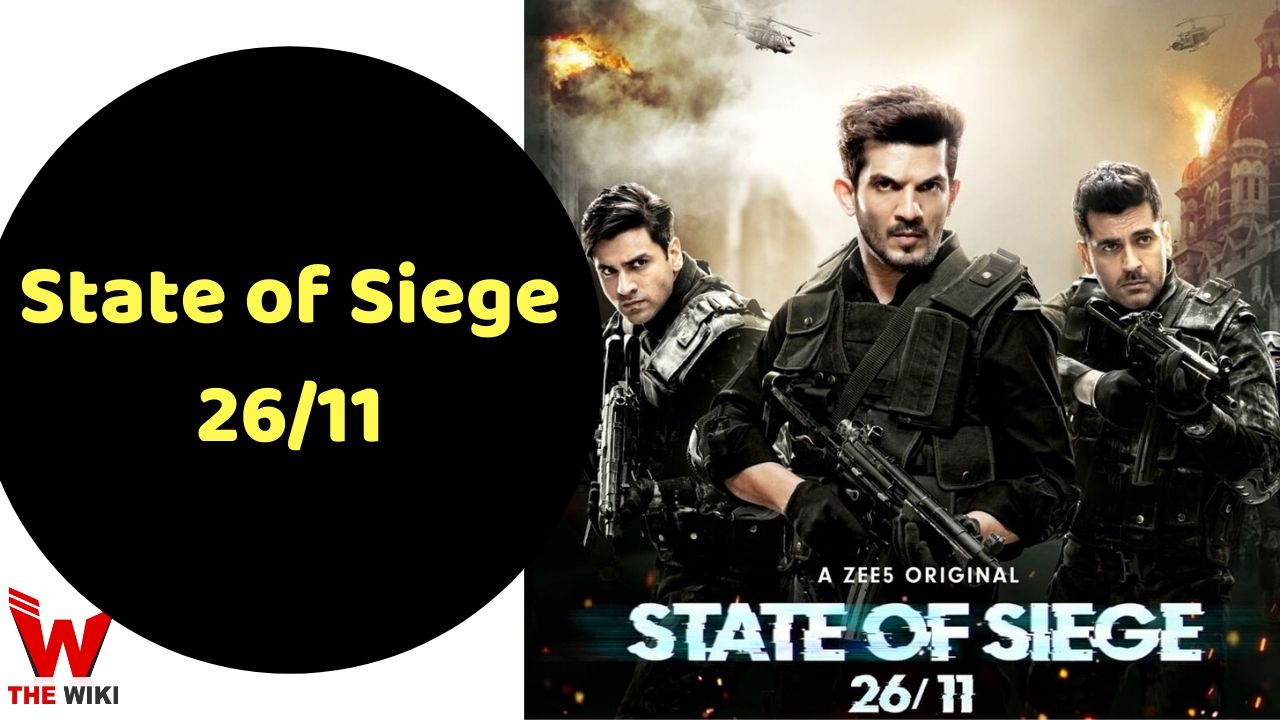 State of Siege 26/11 is a web series produced by ZEE5. Series based on Sandip Unnithan’s book Black Tornado: The Three Sieges of Mumbai 26/11. In this series, actors like Arjan Bajwa, Arjun Bijlani, Mukul Dev, Vivek Dahiya and Tara Alisha Berry will be seen playing important roles. This web series will be launched on 24 December 2020.

The story of State of Siege 26/11 is based on a book Black Tornado: The Three Sieges of Mumbai 26/11. This book has been written by Sandip Unnithan, which tells about the retaliation by NSG in the Mumbai attack (26/11).

Here’s the complete cast and crew of series:

If you have more details about the web series State of Siege 26/11, then please comment below down we try to update it within an hour