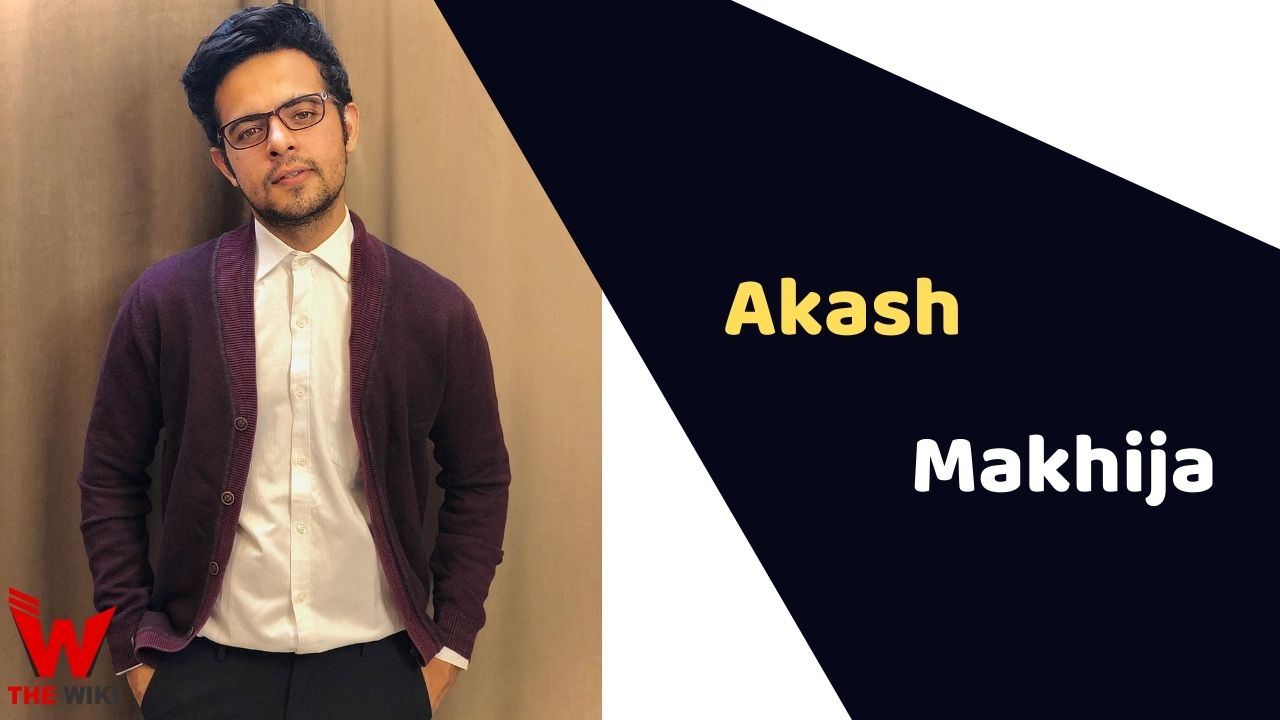 Akash Makhija is an Indian actor and voice-over artist. He has served with numerous television broadcasters since 2012. He mainly works in Hindi television and film industry. Akash has been worked in several television series including Har Mard Ka Dard, State of Siege: 26/11, High, Sargam Ki Sadhe Satii and Nirmal Pathak Ki Ghar Wapsi.

Akash Makhija was born on 6 July 1994 in Mumbai, Maharashtra. His father’s name is Rajesh Makhija and mother’s name is Reshma Makhija. He has two elder siblings in the family. Akash completed his graduation from RD National College, Mumbai.

Akash Makhija started his career with the television comedy series Har Mard Ka Dard as Dj Bunnu in 2017. He starred in the TV action mini-series State of Siege: 26/11 in 2020. It focused on the Mumbai terror attack in 2008. In 2020, he got featured in the crime drama-thriller series High as Rakshit. He did a TV drama-family series Nirmal Pathak Ki Ghar Wapsi as Aatish aired on Sony LIV in 2022.

Akash debuted with the drama-romance movie Half Girlfriend as Raman Yadav in 2017. He was a part of the movie Love Stories in 2021.

Some Facts About Akash Makhija

If you have more details about Akash Makhija. Please comment below we will update within an hour.