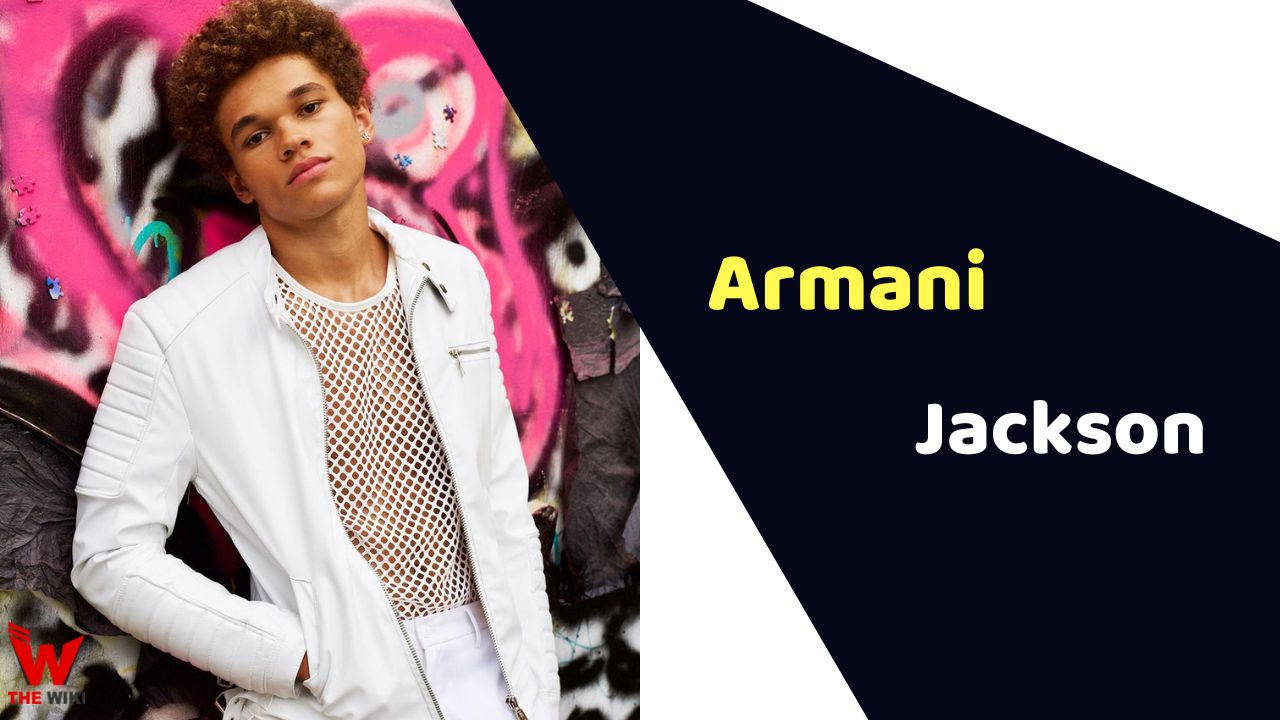 Armani Jackson is an American actor, singer and songwriter. He is famous for his appearance as Everett Lang in TV series Wolf Pack. He has worked in numerous television series including Chad, Grey’s Anatomy and Real Husbands of Hollywood. Armani has been active in entertainment service since 2011.

Armani Jackson was born October 25, 2003 in Madison, Wisconsin. He belongs to an entertainer family. His father Trent was a basketball player for the NBA while mother Kelly Jackson was an international model. His sister Talia is a famous singer and actress. Armani started performing at the age of 6 and grabbed first acting role at 11.

Armani got first breakthrough role in 2011 with TV series Man Up in 2011. He subsequently portrayed recurring roles in popular TV shows like Real Husbands of Hollywood and Grey’s Anatomy. He played the role of Clark Burns in film Little Boxes. The film narrates the story of family struggles to adjust when they move from New York City to a town of Washington State. In 2021, he was seen in important role of Joey in TV series Chad. In 2022, he was seen in three feature films Palm Trees and Power Lines as Patrick, The Prank as Greg and Honor Society as Travis Biggins.

Armani Jackson was in a relationship with Jayden Bartels from 2018 to 2020. He also dated Reylynn Caster in 2021.

Some Facts About Armani Jackson

If you have more details about Armani Jackson. Please comment below we will update within an hour.