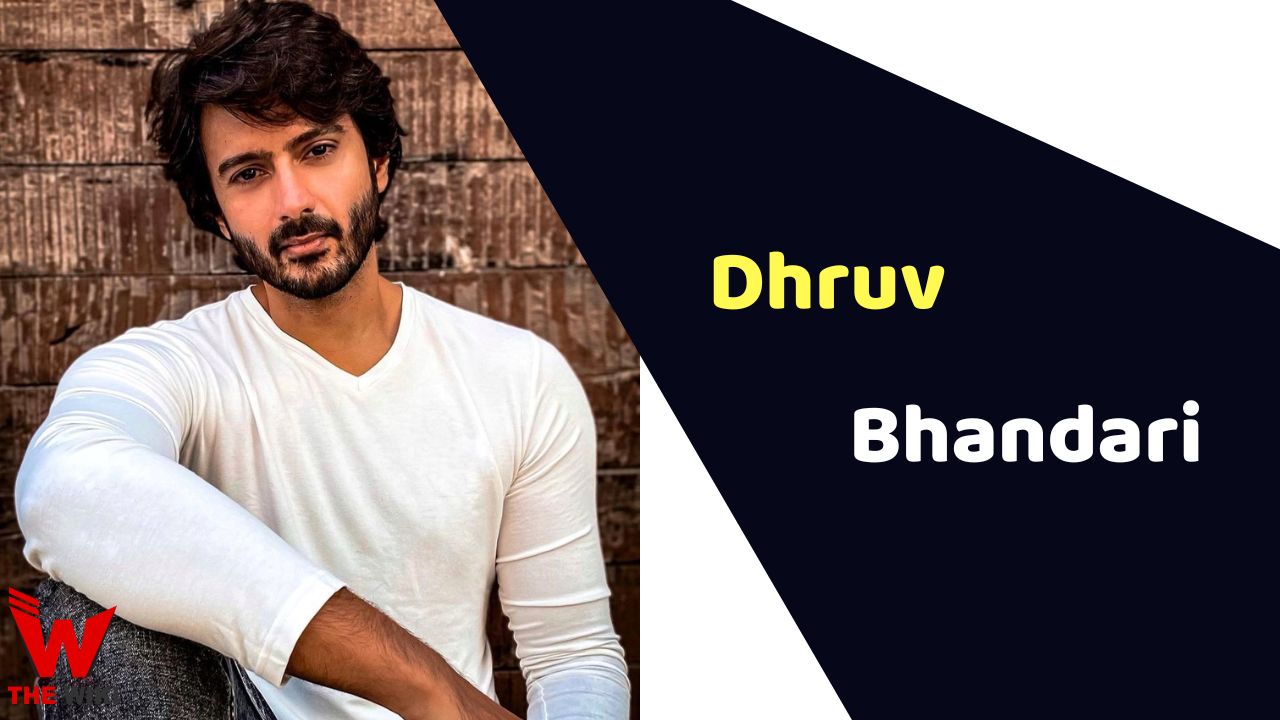 Dhruv Bhandari is an Indian actor who works in Hindi films and television shows. He is known for television shows such as Rakt Sambandh and Tere Mere Shehar Me. In 2022, he was seen as the male lead actor in Dangal TV’s television show Bindiya Sarkar. Dhruv has been active in the film industry since 2010.

Dhruv Bhandari was born on 13 July 1985 in Mumbai, Maharashtra. His father’s name is Mohan Bhandari who was an actor. His mother’s name is Sheela Bhandari. Dhruv’s father was best known for a serial Saat Phere Saloni Ka Safar. Mohan had a brain tumor due to which he died at the age of 78 in the year 2015. He is the only child of his parents.

After completing his schooling, he did his graduation with a Bachelor of Mass Media (B.M.M.) from Mumbai University. He always wanted to be in the acting field so while completing graduation, he worked in many theatre workshops.

Dhruv started his career through a television show Rakt Sambandh in 2010-11 in the role of Yuvraj. After that, he got involved in two other television shows such as Tere Shehar Me (2015) and Bindiya Sarkar (2022). He also worked in films and made his Bollywood debut in the film Click, released in 2010. Later, he appeared in two other films Dil To Bachha Hai Ji (2011) and Pathayeram Kodi (2013) as a supporting actor.

Dhruv had an affair with a choreographer named Shruti Merchant and tied a knot with her in the year 2017. The duo is also blessed with a baby girl.

Some Facts About Dhruv Bhandari

If you have more details about Dhruv Bhandari . Please comment below we will update within an hour.