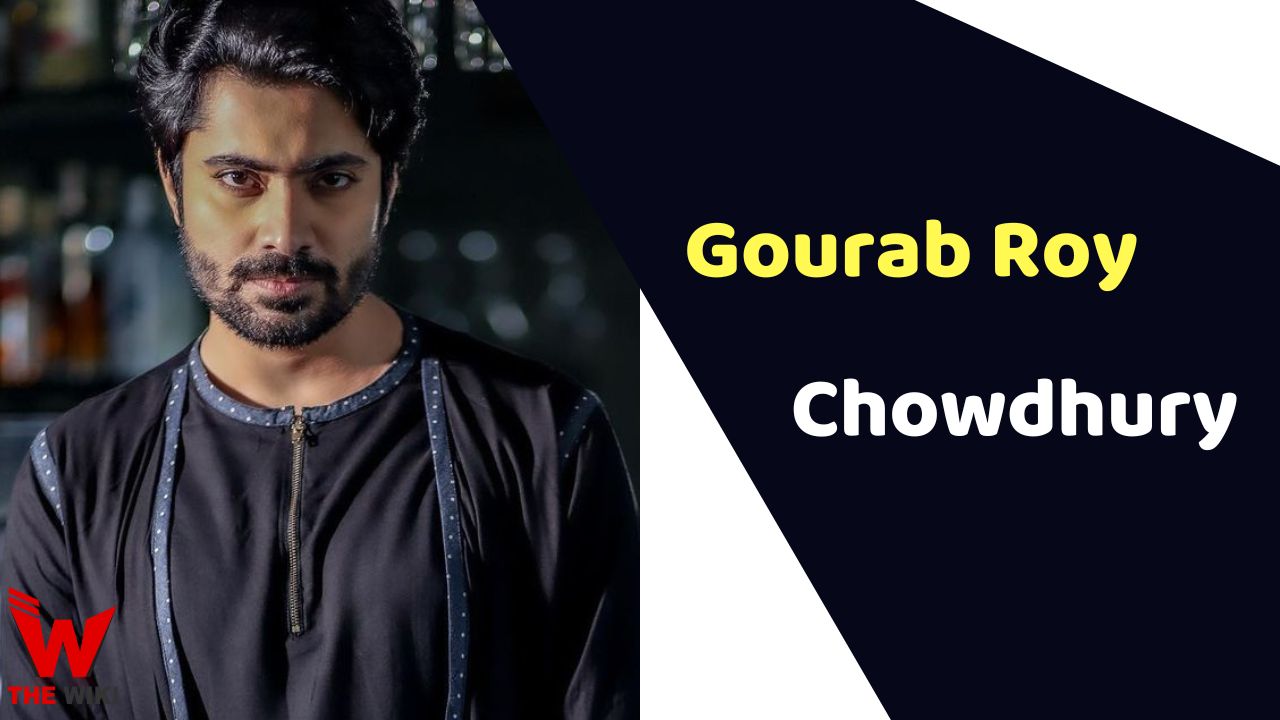 Gourab Roy Chowdhury is an Indian actor and model who predominately works in Bengali TV serials, films and web series. He is popularly known for portraying the role of Nishith Ghosh in Bengali television drama serial Tomay Amay Mile aired on Star Jalsha. Besides, he has worked in some TV serials like Kache Aye Shoi, Bidhir Bidhan, Shubho Drishti and Trinayani.

Gourab Roy Chowdhury was born on 25 June 1989 in Kolkata, West Bengal. After studies, he started his career in acting by making debut with TV serial Bidhir Bidhan in 2012. The following year, he got immense popularity for playing the character of Nishith Ghosh in Star Jalsha’s TV serial Tomay Amay Mile. Gourab then made his film debut through Amar Prem but he did not get popularity from that movie.

Gourab subsequently casted in some serials like Shobho Drishit (2018), Trinayani (2019-20) and many more. Later in 2022, he made his debut in web series after appearing in Hoichoi’s web series Rawkto Bilaap where he worked with Sohini Sarkar and Tuhina Das. Gourab then grabbed on headlines for working in Bengali daily soap opera serial Ranga Bou aired on Zee Bangla.

Some Facts About Gourab Roy Chowdhury