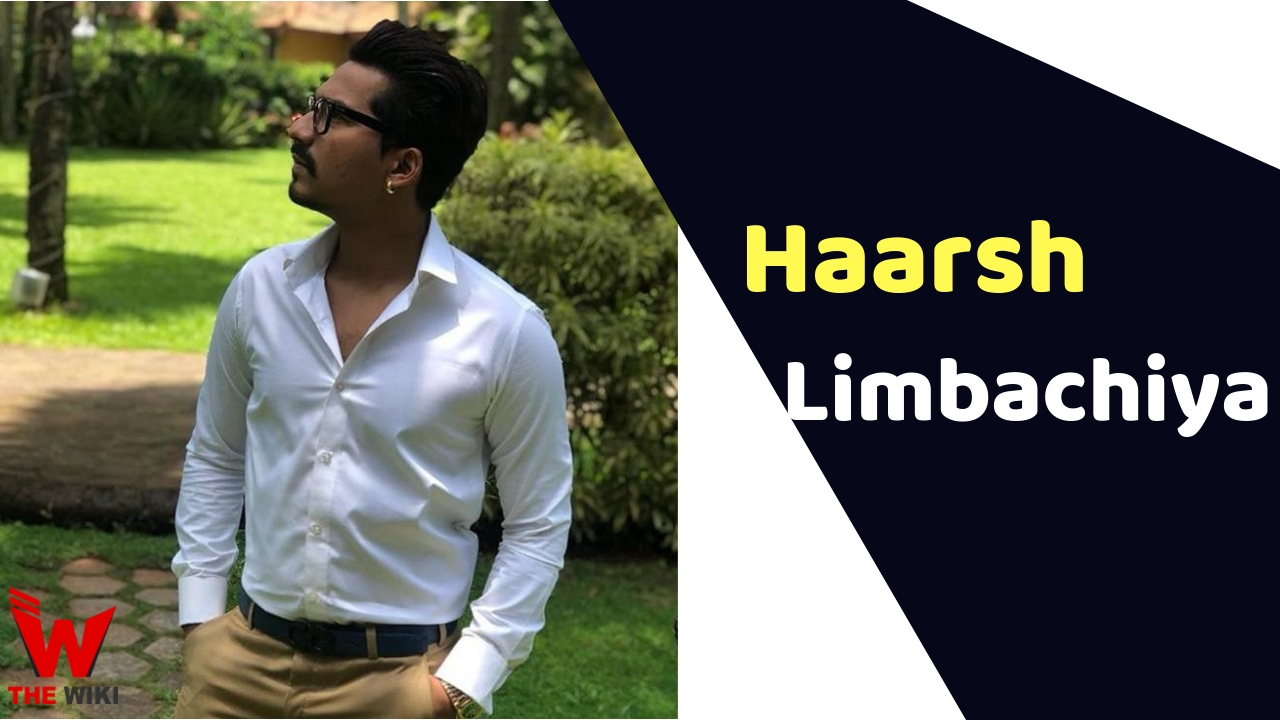 Harsh Limbachiyaa is a Indian writer. He is known for his comedian wife Bharti Singh. Harsh also took part in many television show as a contestant. He has been seen several shows such as Nach Baliye and Khatron Ke Khiladi 9.

Harsh Limbachiyaa was born on on 30 January 1987 in Mumbai Maharashtra. He belongs to middle class Gujarati Hindu family. He lived with his parents in a joint family.

Harsh is always passionate about writing since childhood. After completing graduation, he starts working on television sets and write dialogues for comedians. He had worked on tv shows like Comedy Circus, Comedy Classes and Comedy Nights Bachao etc.

During shooting of Comedy Nights Bachao, he met first with bharti singh and both are fall in love. Same year he wrote dialogues and screenplay of Bollywood film ‘Nonsense’ in 2015.

In 2017, Bharti and Harsh was seen in Star Plus dance reality show “Nach Baliye 8” . This Jodi is eliminated on 20 May 2017 and ranked on 7th position. Sonakshi Sinha, Terence Lewis and Mohit Suri were the judges.

Harsh Limbachiyaa come in highlights when he and bharti Singh confirmed their relationship. Bharti singh is a most finest comedian and loveliest personality of Indian television. Her jokes and body language make one laugh. Harsh has always written scripts for all the comedy shows of Bharti.

This is when the two fell in love with each other and decided to spend the rest of their lives together. Bharti said that we are dating each other for several years and they did engagement in June 2017. This beautiful and lovely couple married on 3 December 2017 at a grand ceremony in Goa.

Some Facts About Harsh Limbachiyaa

If you have more Details about Harsh Limbachiyaa. Please comment below we will updated within a hour.