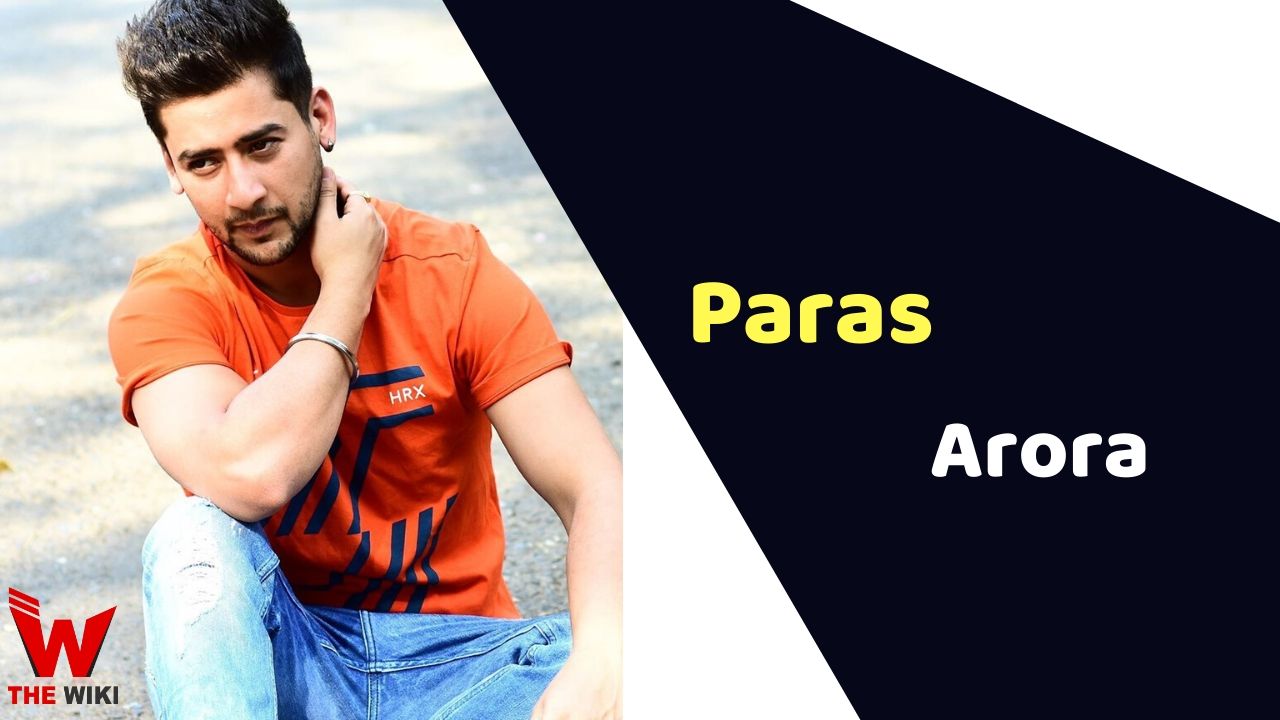 Paras Arora is an Indian television actor. He is best known for television shows Dil Hi Toh Hai, Mahabharat, Udaan, Kaatelal & Sons and Baavle Utaavle. He started his career with the Raavan show in the year 2006. Since which he has been continuously active in the television industry.

Paras Arora was born on 10 January 1994 in Bareilly, Uttar Pradesh. He is the elder son of Renu and Brij Mohan Arora. He also has a younger brother in the family. His father had a readymade garment business in Bareilly. His entire family shifted to Mumbai a few years ago. Paras was fond of dancing since childhood and has won hundreds of trophies. Due to this talent, he became famous all over Bareilly. Before shift to Mumbai, Paras’s family lived in Indiranagar area of ​​Bareilly.

Paras took admission in Handa Public School to pursue his early education but due to being active in the acting industry, he could not attend school regular. That is why he completed his schooling from the National Institute of Open Schooling. Arora has completed his graduation from Raval International College, Mumbai. He wanted to become a pilot in his childhood but his dancing talent took him to the Mumbai film industry.

At the age of just 10, Arora came to Mumbai to pursue his career, during this period his father gave him full support. He started his career with the film Yuva. In this film, he appeared as a child artist. After this film he was seen in a prominence role in the television show Raavan. After this show Arora was seen in many TV serials like Ramayan, Meera, Jai Maa Durga etc. The TV show Veer Shivaji highlight him to the television industry. He appeared in the lead role of Chhatrapati Shivaji in this show. In a long career of 16 years, he has worked in many television serials and films.

The relationship news of Paras Arora frequently come in media headlines. There have been a lot of news of him about dating Udaan fame Meera Deosthale and Police Factory fame Neha Tomar but he never confirmed his relationship.

Some Facts About Paras Arora

Thank you @24karatklothingofficial for sending me this cool tee…👕guys you must go and checkout their page..They have some good and different stuff..it’s amazing😍

If you have more details about Paras Arora. Please comment below we will updated within a hour.