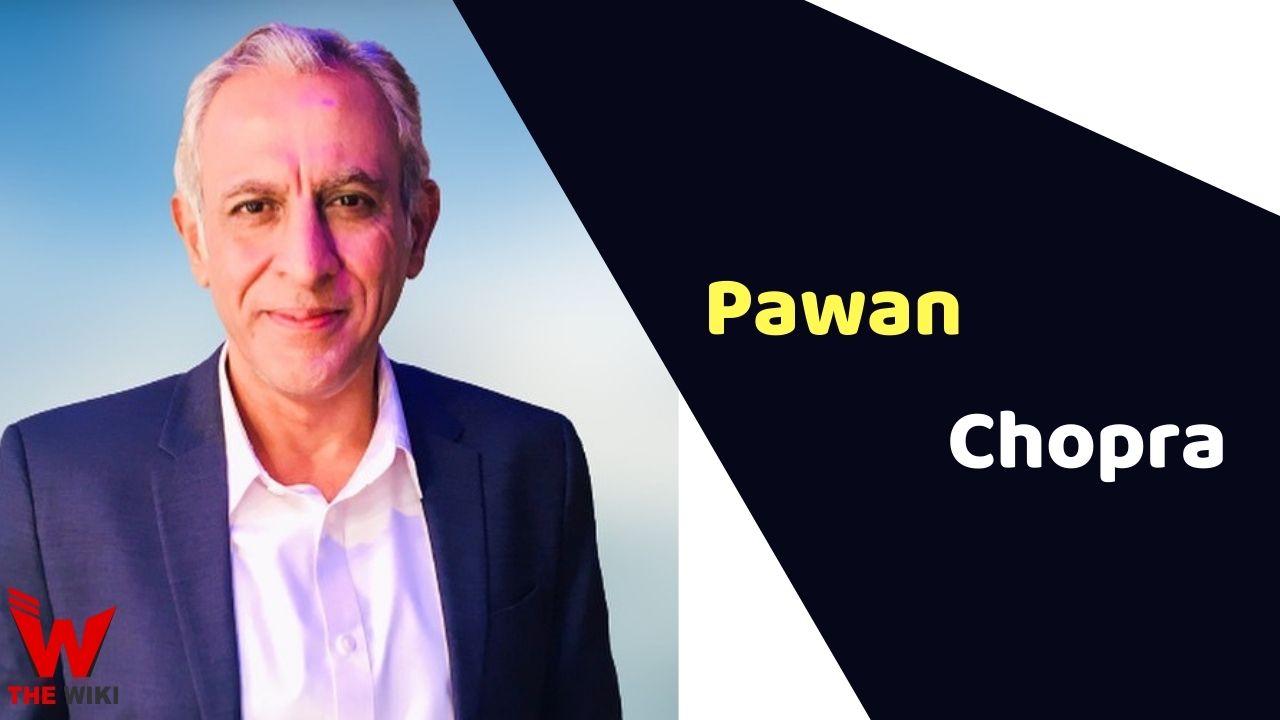 Pawan Chopra is an Indian television and film actor. He is popularly known for his work in the television serial like Kuch Rang Pyar Ke Aise Bhi, Bhagyavidhaata, Byah Hamari Bahu Ka, Maayka, Kaahin Kissii Roz etc. Apart from television, he is quite active in film industry and appeared in several Bollywood films including Neal N Nikki, Once Upon Time in a Mumbai Dobaara!, Shershaah and Sonu Ke Titu Ki Sweety.

Pawan Chopra was born on 5 February in Delhi, India. He did his schooling at Campus School, Delhi, Delhi Tamil Education Association Sr. Sec. School, New Delhi, and graduated from Pusa Polytechnic, New Delhi. Pawan got married to Asha Rani Singh in 2003. The couple has a son named Shaurya Chopra and a daughter named Manya Chopra.

Pawan started his journey as a supporting actor in crime-drama film Moksha: Salvation in the year 2001. He later acted small cameo roles in film Tehzeeb and Karam. In 2006, he starred in the romance-comedy movie Neal N Nikki as Mr. Bakshi (father of female lead). The film starred Uday Chopra, Tanisha Mukherjee, Richa Pallod and received mixed reviews at box-office.

Pawan played the role of Police Officer in the crime-thriller movie Black & White in 2008. The movie explores the life of a suicide bomber from Afghanistan who is deployed on Indian Independence Day. In 2013, he cast as a commentator in the gangster movie Once Upon a Time in Mumbai Dobara!. Pawan played the role of Prem Mehra in the 2015 comedy-drama movie Dil Dhadakne Do. In the same year, he appeared in the movie Phantom as ISI Agent in 2015. Pawan has subsequently seen in Sonu Ke Titu Ki Sweety, Airlift, Shershaah, Shaapit, Saand Ki Aankh, Kalank and many more.

Pawan made his debut with the television thriller serial Kaahin Kissii Roz as Akash on Star Plus from 2001 to 2004. He later starred in the television series Maayka – Saath Zindagi Bhar Ka as Yashwant Sareen. From 2006-2008, he played important role of Kuber in mythological television show Raavan. He was also part of Bhagyavidhaata, Bairi Piya and Mere Angne Mein. In 2016, he cast in the Sony TV’s serial Kuch Rang Pyaar Ke Aise Bhi as Mr. Gujral.

Some Facts About Pawan Chopra

If you have more details about Pawan Chopra. Please comment below we will updated within a hour.