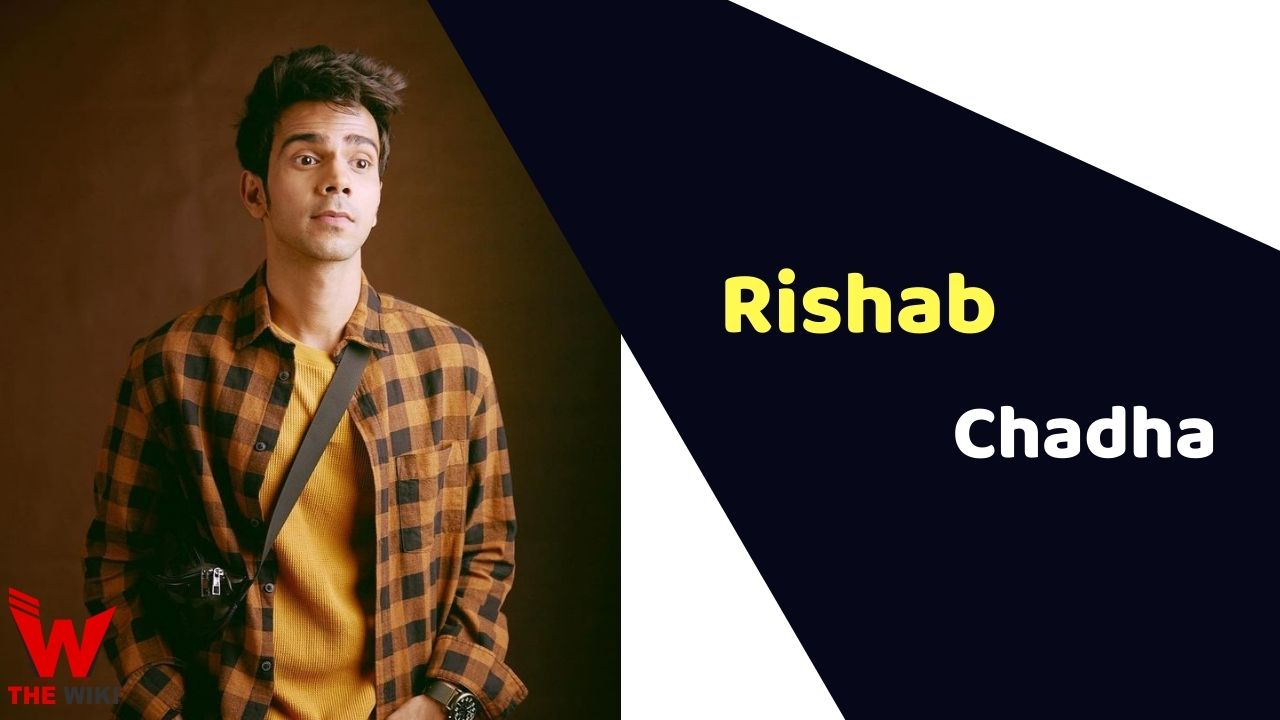 Rishab Chadha is an Indian television actor and model who works predominantly in the Bollywood industry. He is famous for Drishyam (2015), Illegal- Justice, Out of Order (2019), Khoobsurat (2014), Aadat Se Majboor (2017) and Lupt (2018). Rishab began his career in acting as it was his mom’s dream to watch him on screen. He featured in the comedy series Kota Toppers under the name of Sidharth, which broadcasted on the channel Bindass.

Rishab Chadha was born on 21 June in Mumbai, Maharashtra, India. His father’s name is Raj Chadha, and his mother’s name is Bubbly Chadha. He has a sister named Shubani Chadha. He was educated at Gopal Sharma Memorial School, Mumbai, and is a graduate of R&D National and W A Science College, Bandra West, Mumbai, India. He’s qualified in BMM.

Rishab Chadha began his acting career at an early age with the Zee TV’s series Aladdin in 2007, and there was no turning back for him.

He debuted his acting career as a supporting actor in the film Delhi Belly in 2011. He started his television career with Khauff Begins Ringa Ringa Roses in 2013. He featured at Disney’s Best of Luck Nikki in 2011 and The Suite Life of Karan and Kabir in 2012. He appeared in the Kota Toppers series in 2015-16 for UTV Bindass. His TV appearance was on SAB Aadat Se Majboor in 2017.

Along with working on television, Rishab appears regularly in the web series. He was starred in the web series Shaadi Boys on Voot in 2016. He recently worked in Boys with Toys for Hungama App and Bhootpurva for Zee5.

Some Facts About Rishab Chadha

If you have more details about Rishab Chadha. Please comment below we will updated within a hour.