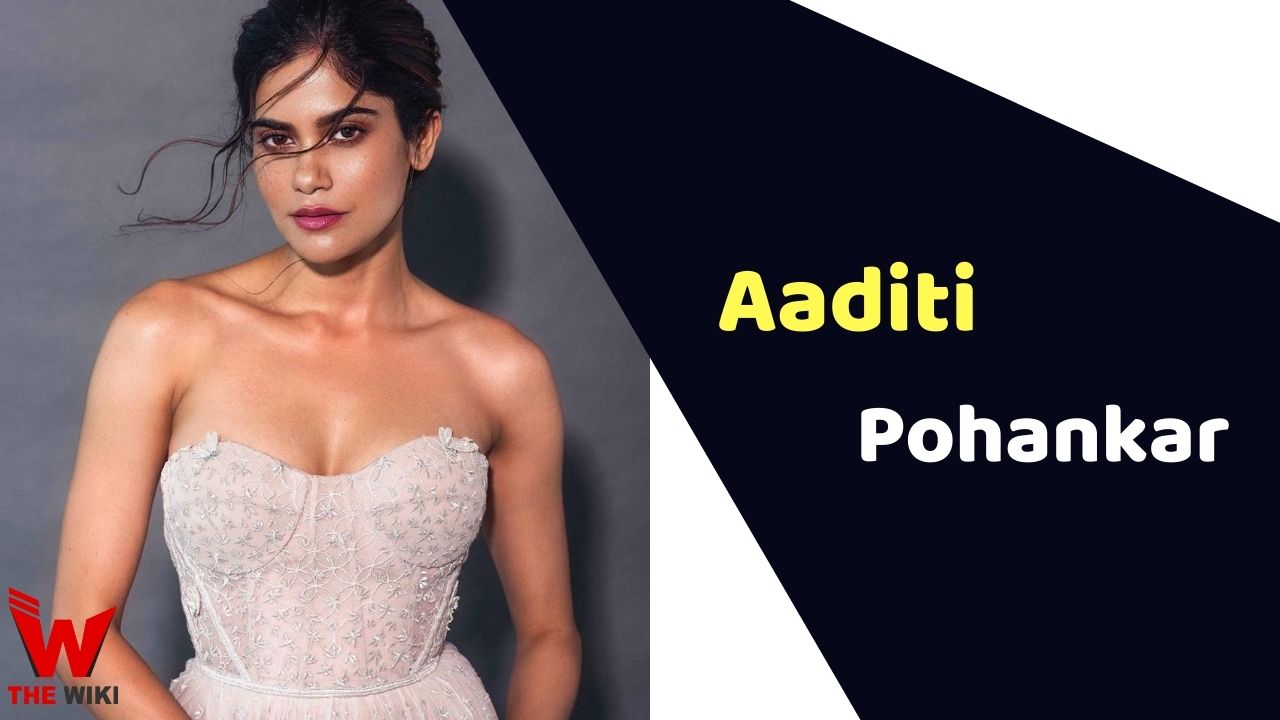 Aaditi Pohankar is an Indian actress. She has worked in Hindi, Marathi and Tamil film industry. She is known for the films Love Sex Aur Dhokha, Kunasathi Kunitari, Lai Bhaari, Mannavan Vanthanadi etc. Aaditi has also appeared in the web series She and Aashram. She originally from Mumbai, Maharashtra.

Pohankar also has an elder sister, Nivedita Pohankar. She is a writer in Prithvi Theater. Famous Bollywood actor Makarand Deshpande is her brother-in-law. Aaditi earned bachelor’s degree in commerce from University of Mumbai. She started attending acting workshops right from her college days.

Aaditi Pohankar started her acting journey with the Hindi film Love Sex Aur Dhokha in 2010. After that she has appeared in Tamil films Gemini Gemini Ganeshanum Suruli Raajanum and Mannavan Vanthanadi. Aaditi also contribute in Marathi cinema with films like Kunasathi Kunitari and Lai Bhaari.

Aditi got popularity in 2020 with Netflix’s web series She. Based on crime drama, the story revolves around the undercover female constable Bhumi. Later she worked along with Bobby Deol in Prakash Jha’s first web series ‘Aashram’.

Some Facts About Aaditi Pohankar

If you have more details about Aaditi Pohankar. Please comment below we will updated within a hour.