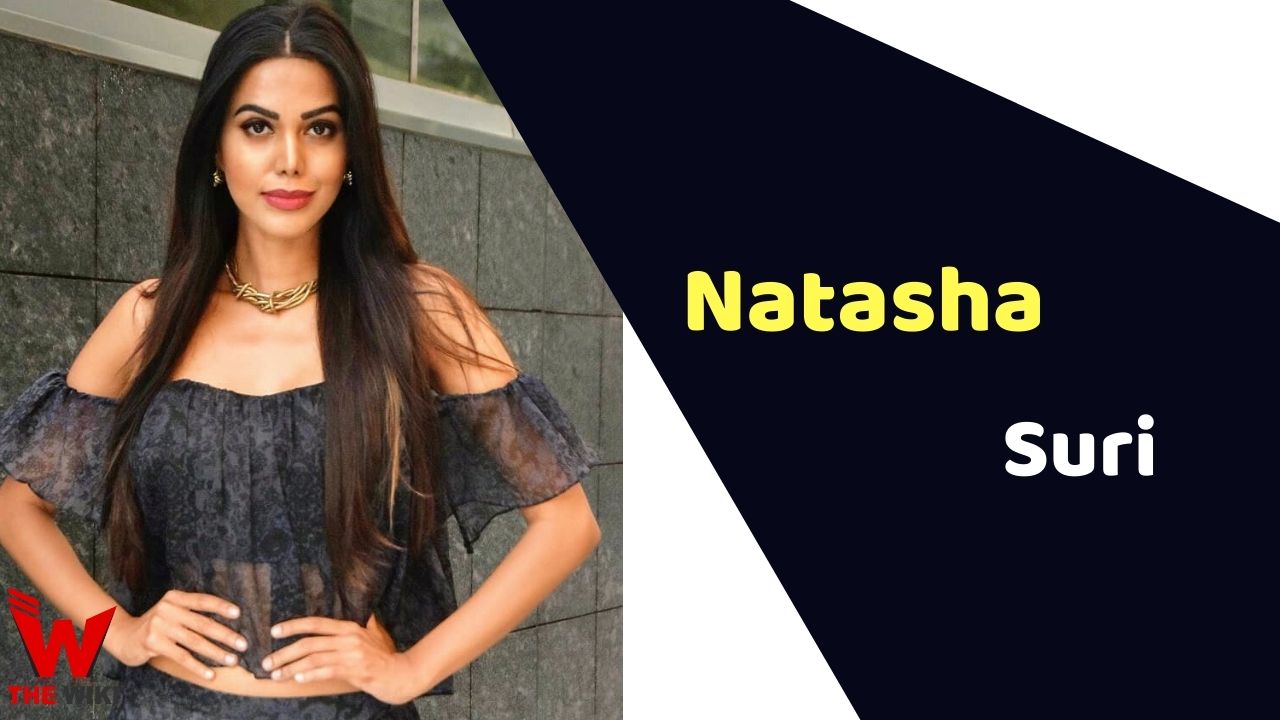 Natasha Suri is an Indian film actress and model. She is known for the films King Liar (Malayalam), Baa Baaa Black Sheep, Virgin Bhanupriya etc. She won the title of Femina Miss India World in the year 2006. Apart from films, she has also worked in web series and television commercials.

Natasha Suri was born on 15 May 1989 in Mumbai, Maharashtra. She was crowned Miss India World in 2006. She did her early schooling at Convent Girls High School, Mumbai and obtained a bachelor’s degree in Business Management from Jai Hind College, Mumbai. Before winning Miss India, she had won many other competitions like Navy Queen, Miss Maharashtra etc.

Natasha started her acting career in the year 2016 with the Malayalam film King Liar. She has also acted in Amazon Prime’s web series Inside Edge. Apart from this, she has also worked in films like Baa Baaa Black Sheep, Virgin Bhanupriya etc.

Suri also worked in many music videos including Mika Singh’s ‘Tum Jo Mil Gaye Ho’. She is a popular TV host and has hosted over a dozen shows. She has also hosted and modeled live events for Audi, Ponds, Diet Coke, Pantaloons etc.

Some Facts About Natasha Suri

If you have more details about Natasha Suri. Please comment below we will updated within a hour.