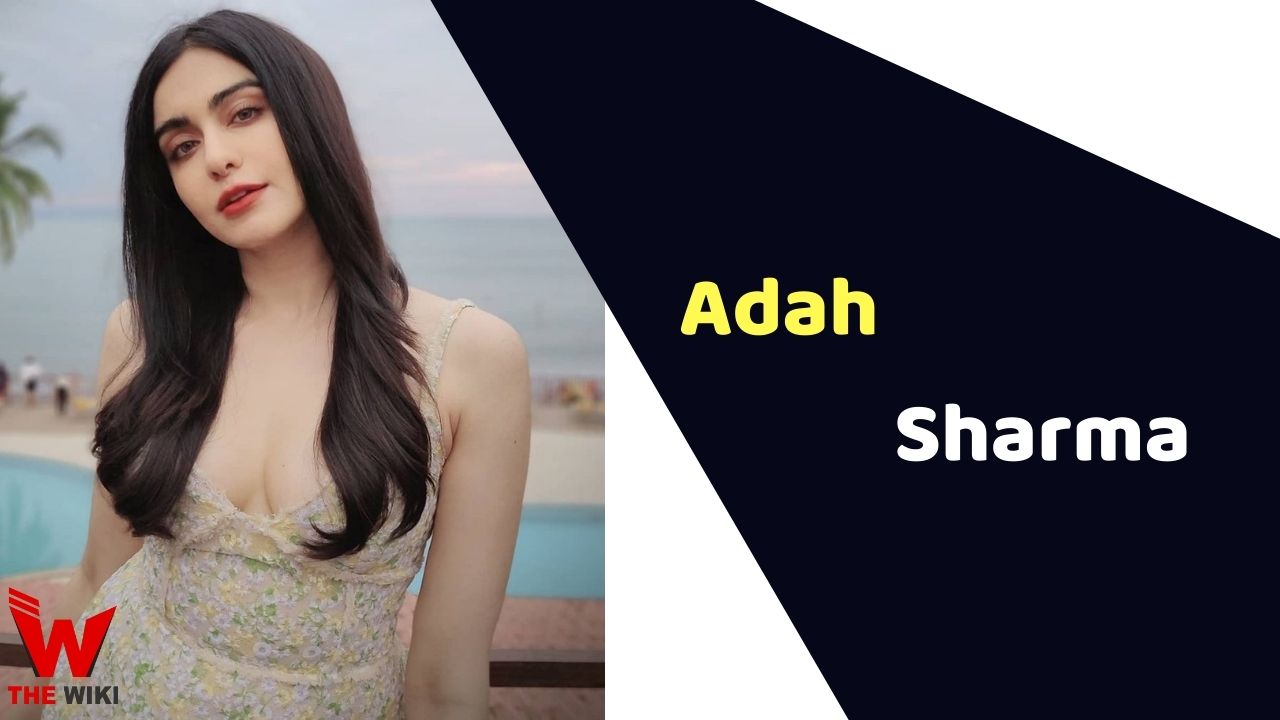 Adah Sharma is an Indian model and actress. She is active in both the Hindi and South film industry. She is known for films like 1920, Son of Satyamurthi, Rana Vikrama, Commando etc. Apart from films, she has been seen in television serials and web series as well.

Adah Sharma was born on 11 May 1992 in Palakkad, Kerala to a Tamil Iyer family. Her father Late S.L Sharma is an Army official while her mother Sheila Sharma is a classical dancer. Adah has completed schooling from Auxilium Convent High School in Mumbai.

After 12th standard, she dropped her studies and went on to learn dancing. She graduated in Kathak from Natraj Gopi Krishna Kathak Dance Academy. Adah is trained in various Indian and western dancing forms.

Adah started her acting career with Vikram Bhatt’s horror film 1920. In the film, she played the role of Lisa Singh Rathod and was nominated for Best Actress Debut in Filmfare Awards for her performance. Later, she acted in Phirr, Hum Hai Raahi Car Ke, and Heart Attack.

In 2014, she did a Hindi film Hasee Toh Phasee in which she played the role of Karishma Solanki. The film performed average but brought Adah Sharma to the limelight. She later went on to work in a big-budget Telugu film Son of Satyamurthi starring Allu Arjun and Samantha Ruth Prabhu. In the same year, she worked in another Kannada hit Rana Vikrama, and a Telugu film Subramanyam for Sale.

In 2016, she worked in a hit Telugu movie Kshanam in the lead role. The film achieved lots of appreciation and won accolades and awards in various award functions. Soon after Kshanam, she bagged a lead role in the sequel of Bollywood film Commando, with Vidyut Jammwal as the male lead.

In 2019, she was again signed in to work in the third part of Commando. The same year, three other films – Charlie Chaplin 2, Bypass Road, and Kalki, featuring Adah in the main role, hit the screens.

Some Facts About Adah Sharma

If you have more details about Adah Sharma. Please comment below we will updated within a hour.