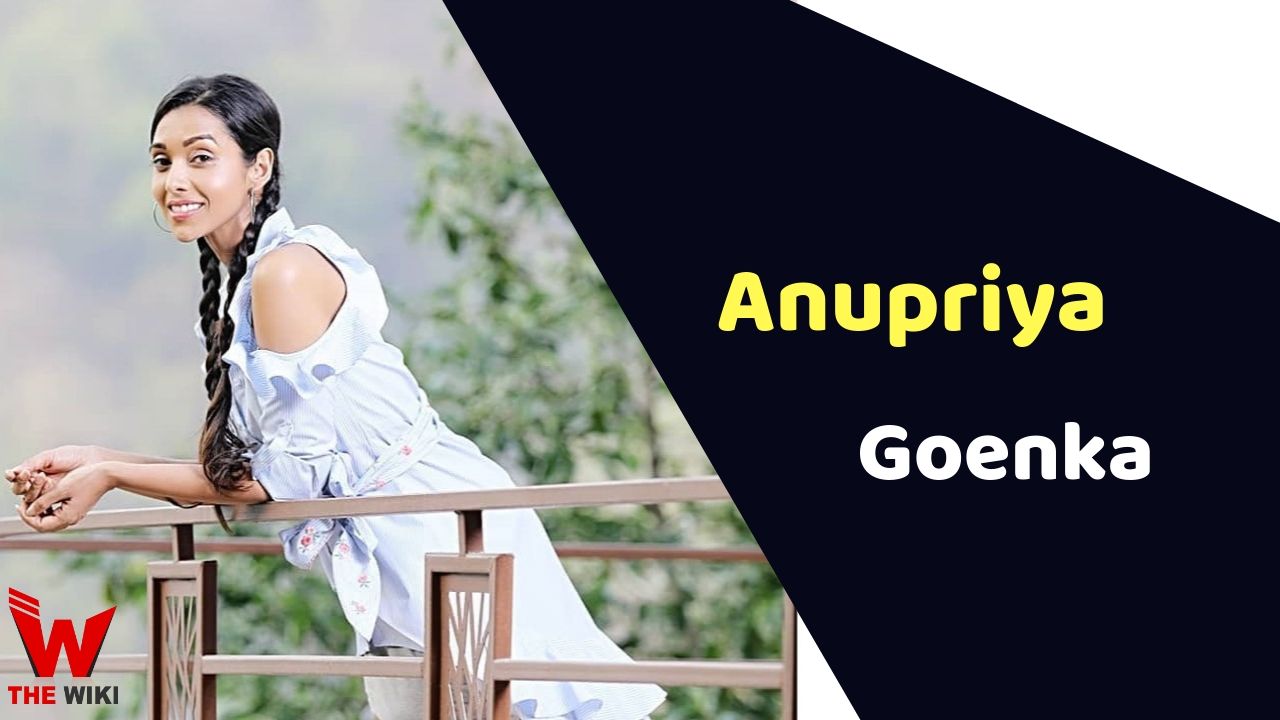 Anupriya Goenka is an Indian film actress, she has played an important character in the film Padmavat, War, Tiger Zinda Hai, Dishoom, apart from films, she is also active on television and web platforms. Her web series Sacred Game and Criminal Justice have gained immense popularity. Anupriya is originally from Kanpur.

Anupriya Goenka was born on 29 May 1987 in Kanpur city of Uttar Pradesh. She belongs to a Marwari family. Her family lived in the Vishnupuri area of ​​Kanpur. Her father Ravindra Kumar Goenka had a business of clothes in Kanpur, but her business stopped after being shifted to Delhi. Anupriya went to Delhi with her family after she lived in Kanpur for six years, Anupriya has two elder sisters and a brother in her family.

She did her early education from Gyan Bharti Vidyalaya, Saket-New Delhi and after that she did her graduation in Commerce from Shaheed Bhagat Singh College, University of Delhi. When she studied in 12th, she got the opportunity to do theater in NSD Delhi for the first time. Aupriya’s childhood was spent in Kanpur but studies were completed in Delhi.

After completing graduation, Anupriya started her career in acting and modeling in 2008 in Mumbai. Before getting work in films, Anupriya worked in many commercial advertisements, in which she also became a part of the UPA government’s Bharat Nirman campaign. Apart from this, she also became a part of many TV commercials which include Coke, Garnier, Stephri, Kotak Mahindra, Dabur etc.

Priya started her career in the year 2013 with the Telugu film Potgadu. The very next year, Anupriya got an opportunity to play Afreen in Vidya Balan’s film Bobby Jasoos. She was seen as Hilda in the film Daddy, starring Arjun Rampal’s gangster Arun Gawli. Anupriya has also appeared in Bollywood films like ‘Paathshaala’, ‘Dishoom’, ‘Tiger Zinda Hai’, ‘War’, ‘Padmavat’.

Anupriya played a nurse named Poorna in the 2017 Salman Khan film Tiger Zinda Hai. After this, she played the role of Raja Rawal Ratan Singh’s first queen Nagmati in Sanjay Leela Bhansali’s film ‘Padmavat’ released in the year 2018. These two roles made her a distinct identity in Bollywood.

Anupriya, who has earned a name in films, has also worked on many television and web platforms, in the year 2013, she was first seen on television in Yeh Hai Aashiqui serial. After which she also worked in Epic Channel’s TV serial ‘Stories by Ravindra Nath Tagore’.

Anupriya is quite popular on the web platform, she appeared in both seasons of Netflix’s web series Sacred Games. In this, she played the role of Megha Singh, wife of Sartaj Singh. Apart from this, she has worked in Criminal Justice, The Final Call and many YouTube series.

Some Facts About Anupriya Goenka

If you have more Details about Anupriya Goenka. Please comment below we will updated within a hour.