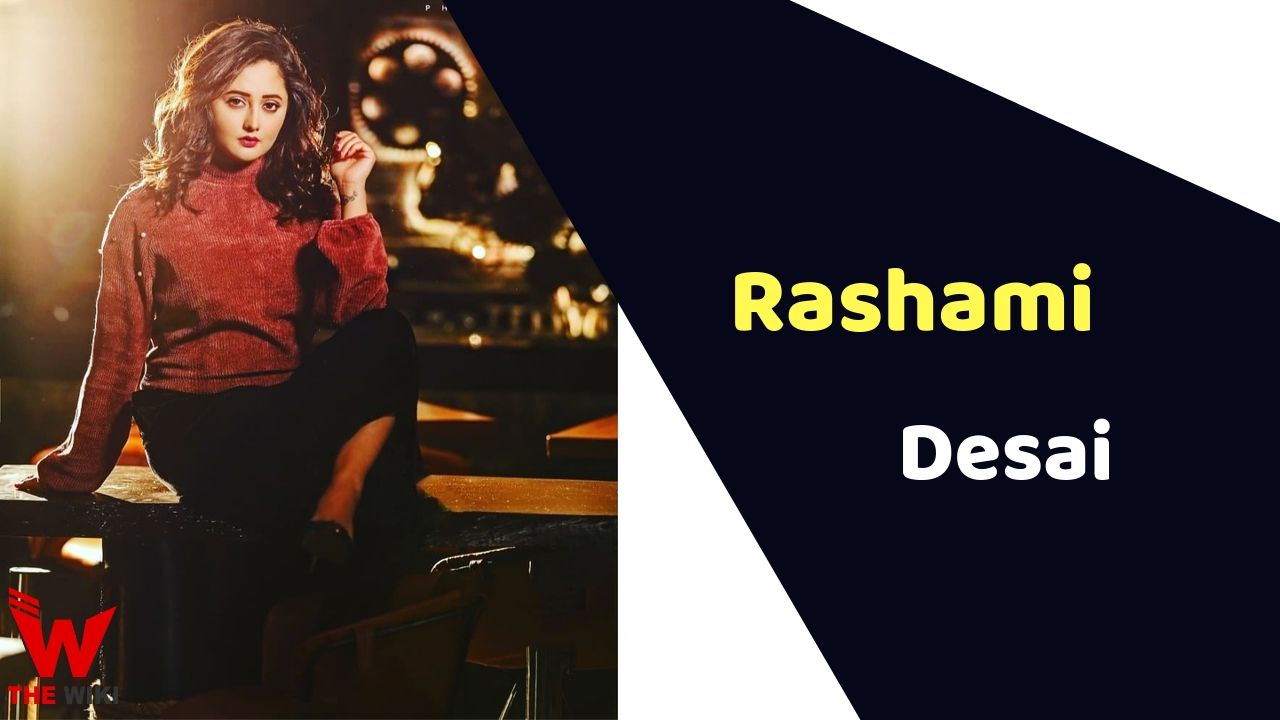 Rashami Desai is an Indian television actress known for television shows “Uttaran”, “Dil Se Dil Tak”, “Adhuri Kahani Hamari”, “Pari Hoon Main”. She has also appeared as a guest and contestant in many television shows, Rashami has worked in films besides television. Rashami Desai is best known for her character Tapasya from the show Uttaran. Rashami played a negative role in this serial. Due to her acting talent, she quickly established an important identity in the audience’s heart.

By 2018, she became known as most paying actress of Indian television. She also appeared in Bigg Boss 13 in the year 2019.

Rashami Desai is from Gujarat. She was born on 13 February 1986 in Naugaon, Assam. Her real name is Divya Desai. Rashami’s father’s name was Ajay Desai and mother’s name was Rasila Desai. Her father died in her childhood. Rashami’s mother is a teacher by profession. Apart from her in the family, she also has a younger brother.

Rashami Desai married her co-star Nandish Sandhu on February 12, 2012, of her famous serial Uttaran, but the marriage was not successful and she was divorced in 2015 after three years. This couple also has a daughter named ‘Manya’.

Rashami has been very fond of acting and dance since childhood, she is well versed in classical dance. She completed her education from Mumbai’s Narsi Munji College of Commerce and Economics, in which she has done diploma.

Rashami got her first breakthrough on television from the Ravana serial to be aired on Zee TV. After that, in 2008, she worked in a famous serial called Uttaran, in which her character Tapasya is known as an important character. She worked in this serial for four years. With this show, she became one of the top actresses in the television world. She left the serial in 2012.

Rashami Desai’s affair with her own co-star Nandish always remained in the news headlines. After some time, he got rid of rumors by marrying his co-star.

In 2015, news of tension between Rashami and her husband also remained a topic of discussion, due to which both of them decided to separate and divorced from each other. During this time, she also filed a case of harassment on her husband.

Rashami was accused of conspiring to get sympathy from the audience by spreading the news of Scatch on her feet during a dance reality show.

Some Facts About Rashami Desai

If you have more Details about Rashami Desai. Please comment below we will updated within a hour.