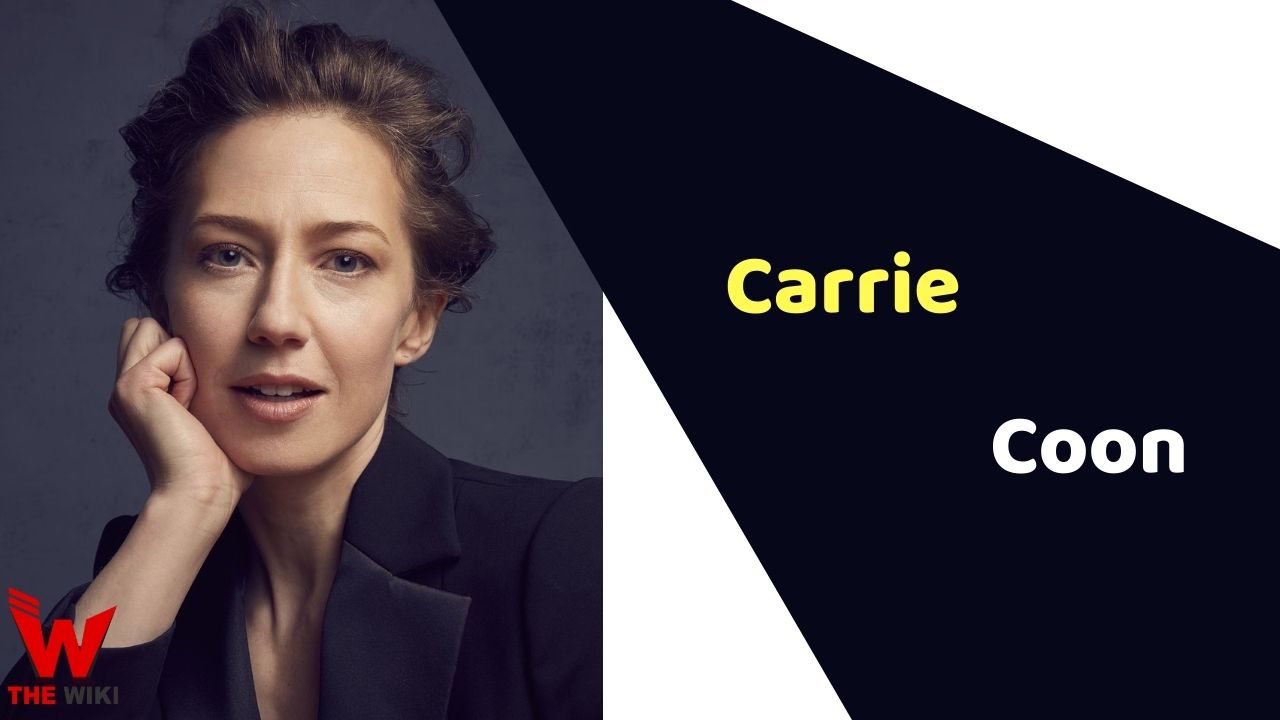 Carrie Coon is an American television and movie actress. She is famously recognized for her primary role as a mother in mourning Nora Durst in The Leftovers dramatic series aired on HBO and played the role of Gloria Burgle in season three of the FX anthology series Fargo.

Carrie Coon started her career with the television historical crime-drama series The Playboy Club as Doris Hall in, An Act of Simple Duplicity episode in 2011. She appeared in the crime-drama series Law & Order: Special Victims Unit as Talia Blaine in Girl Dishonored episode in 2013. In the same year, she acted in the police-drama series Ironside as Rachel Ryan in the Pilot episode. It is a remake of the original television series Ironside which telecast from 1967 to 1975. The Next year, she got featured in the cyber-themed action-adventure series Intelligence as Luanne Vick in Patient Zero in 2014.

From 2014 to 2017, she starred in the supernatural mystery-drama series The Leftovers as Nora Durst, a wife, and mother who lost her husband. Derived from the novel of the same name by Perrotta in 2011. Carrie played the role of Gloria Burgle in the black comedy crime-drama series Fargo in 2017. The series builds on the eponymous film of 1996. In 2018, she appeared in a series The Sinner Season 2 played the prominent role of Vera Walker. She did a Marvel animated series What If..! as Proxima Midnight (Voice) in 2021.

Carrie made her debut with the short film One in a Million as Bix in 2012. She appeared in the psychological-thriller movie Gone Girl as Margo Dunne, Nick’s twin sister, in 2014. In 2016, she got featured in the drama film Strange Weather as Byrd Ritt, Darcy’s friend. The Next year, she acted in the comedy-drama movie Izzy Gets the F*ck Across Town as Virginia in 2017. She played the role of Proxima Midnight in the superhero film Avengers: Infinity War in 2018. Later she performed important character in Widows, The Nest and Ghostbusters: Afterlife.

Carrie Coon got married to Tracy Letts in a hospital in 2013. The medical wedding came about because Letts was rushed in for emergency gall bladder surgery the day before their marriage license was set to expire, and the two didn’t want to re-register. The couple has a daughter named Haskell Letts.

Some Facts About Carrie Coon

If you have more details about Carrie Coon. Please comment below we will updated within a hour.