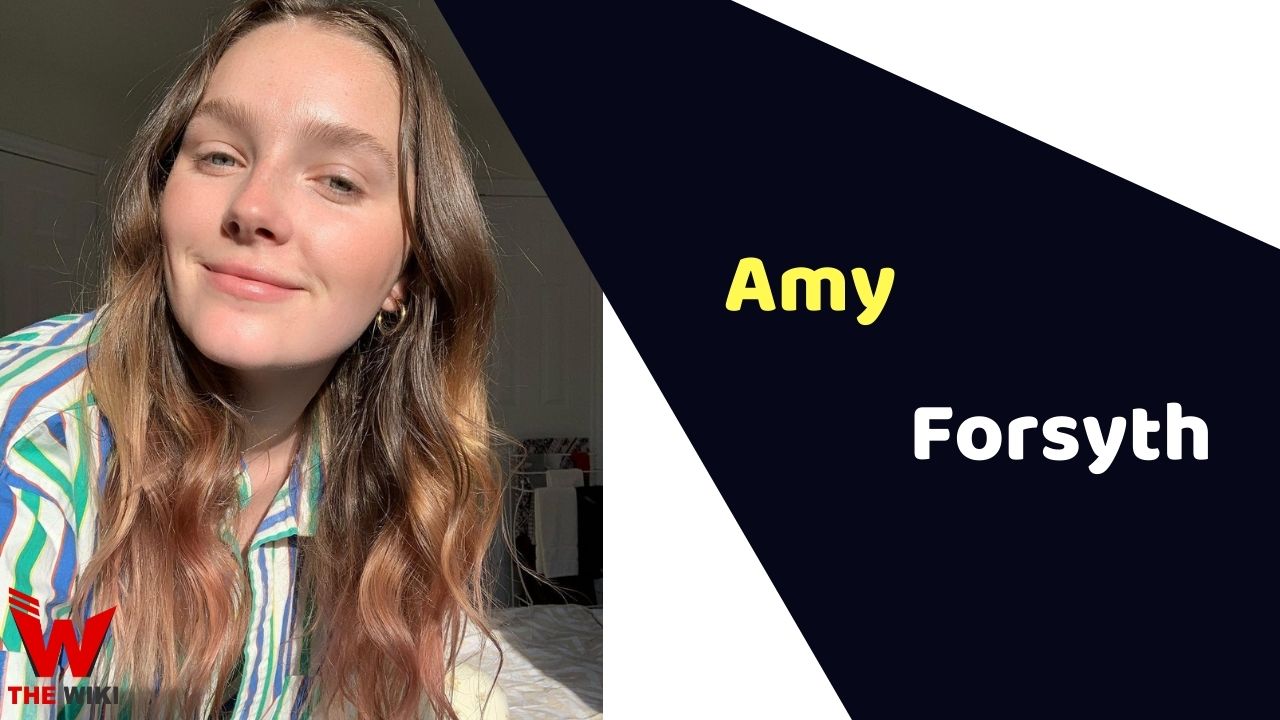 Amy Forsyth is a Canadian film and television actress. She is famous for playing Ashley Fields in Hulu series The Path from 2016 to 2017. She also acted in several television series including Channel Zero, The Lizzie Borden Chronicles and Rise.

Amy Forsyth was born on 6 August 1995 in Ontario, Canada. Her mother’s name is Jane Forsyth. She has an elder brother Joel Forsyth who is an Industrial Designer. Amy grew up watching theaters and spent most of the time of her childhood at empty theatres.

Amy rose her career with the a short film Halfway Point as Cassie in 2010. In 2013, she featured in the horror movie Torment as Mary Bronson and Little Monkey. She appeared in the anthology-horror movie A Christmas Horror Story as Caprice Bauer in 2015 which premiered at the Fantasia International Film Festival.

In 2018, Amy played the role of Diane in the biographical-drama film Beautiful Boy. In the same year, she performed as Natalie in the slasher movie Hell Fest in 2018 and received mixed reviews. The Next year, she featured in the horror-thriller film We Summer the Darkness as Beverly in 2019. She did a drama movie, The Novice as Jamie Brill, in 2021.

Amy got her first breakthrough role with crime-drama series Cracked where she played the character of Julia Griveson in the year 2013. She later got featured in the supporting role in Reign as Isobel Derant, Degrassi: The Next Generation as Eden, Defiance as Andina and The Lizzie Borden Chronicles as Penelope Trotwood.

From 2016 to 2017, She starred in the drama series The Path as Ashley Fields, a popular girl at Hawk’s school alongside Aaron Paul, Hugh Dancy and Michelle Monaghan. Amy acted in the horror anthology series Channel Zero: The No-End House as Margot Sleator. The story is grounded on popular creepypastas. She did a musical-drama series Rise as Gwen Strickland in 2018.

Some Facts About Amy Forsyth

If you have more details about Amy Forsyth. Please comment below we will updated within a hour.