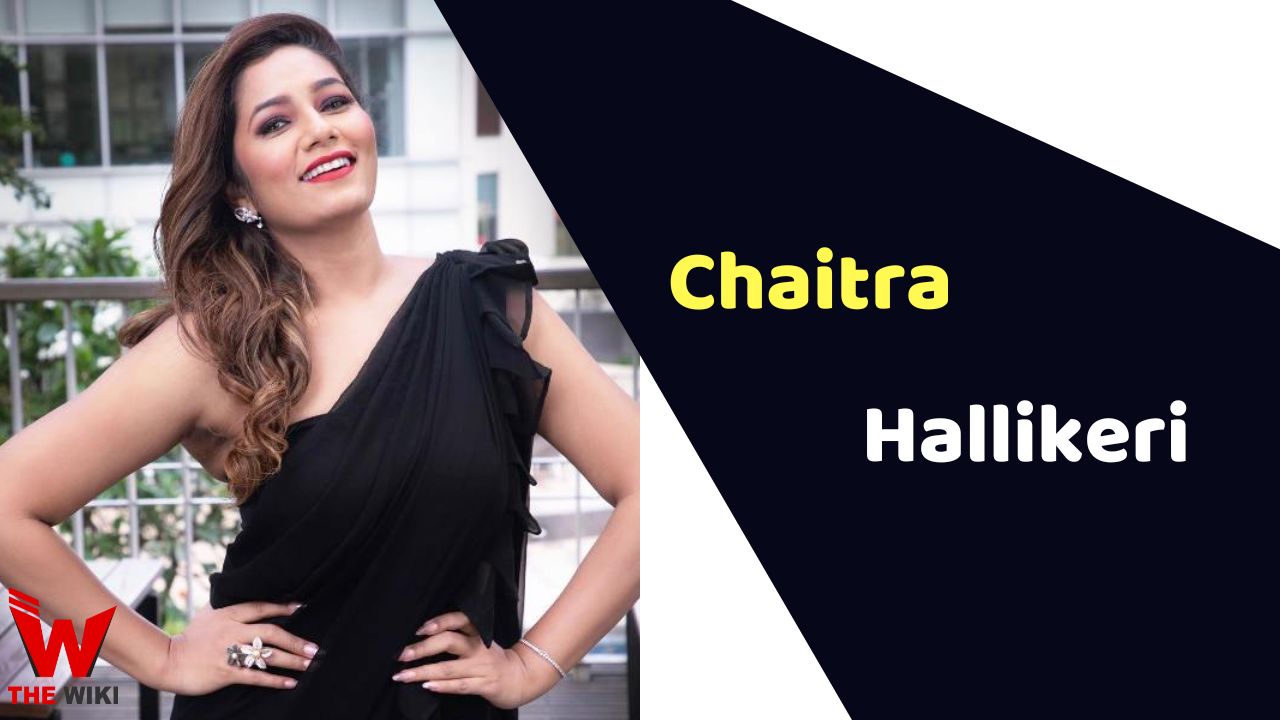 Chaitra Hallikeri is an Indian actress, model, and producer who mainly works in the Kannada film and television industry. She is best known for her film named Khushi (2003). She kick-started her career with the film Well Done which was released in 2003. She also appeared in daily soaps like RadhaKrishna and Kinnari.

Chaitra Hallikeri was born on  2 November 1980 in Bangalore, Karnataka. Her mother’s name is Shashikala Hallikeri. She has a younger sibling Nikhila Hallikeri. She is married to a businessman Balaji Pothraj in the year 2006, with the blessing of friends and family. The couple is blessed with two children.

Chaitra has done her schooling at Vijaya High School, Bangalore. After which she completed her bachelor’s degree with amazing grades from a private university.

Chaitra started her career as a model and joined Gladrag’s modeling agency. She debuted with the film titled Well Done in the year 2003, which is a Tamil romantic drama film. After that, she worked in a Kannada comedy-drama film Khushi (2003) which got her the most recognition in the film industry.

In 2004, Chaitra again did a Kannada drama film named Gowdru which was directed by S. Mahendar, the movie was the unofficial remake of the Tamil movie Kizhaku Cheemayile(1993). Later on, she worked in some other movies such as Gunna (2005), and Shishya (2006). After it, she took a break from the film industry because of her marriage.

Chaitra came back to acting through television and did a show named Star Saviruchi (2016), where she appeared as the host of show, which was broadcasted on Colors Kannada. She has also worked in daily soaps such as Kinnari (2015) and Radha Krishna (2018). In the year 2022, she is seen on the reality show named Big Boss Kannada OTT season 1, which is aired on VOOT.

Chaitra is married to a businessman Balaji Pothraj in 2006. The couple was blessed with two children. But the marriage was not going smooth and in the year 2022, she filed an FIR against her husband and father-in-law for misusing her bank account without her knowledge.

Some Facts About Chaitra Hallikeri

If you have more details about Chaitra Hallikeri. Please comment below we will update within an hour.