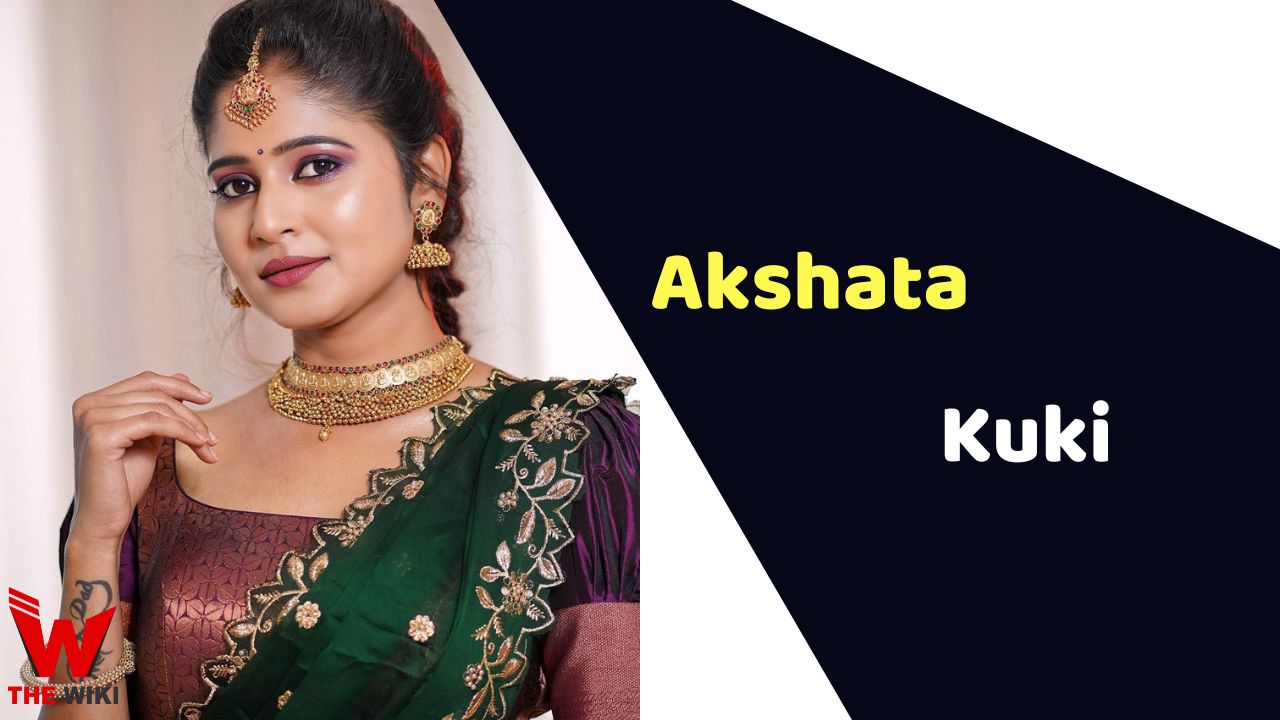 Akshata Kuki is an Indian actress and model who works in the south Indian film industry. She is best known as a contestant in Big Boss OTT Kannada (2022) which is telecasted on Voot. She is also a social media influencer and has million followers on various platforms.

Akshata Kuki was born on 21 August 1997 in Uttara Kannada, Karnataka. She is currently living in Bengaluru, Karnataka. She has also completed professional training in modeling and has a dream to act as a lead actress in the film industry.

Akshata started her career in modeling. After that, she appeared in many Tamil films in small roles. She also worked in Kannada films. In 2022, she is seen participating in Big Boss OTT Kannada season one. She entered the show with the aim to establish herself in front of the audience. Some of the popular contestants on the show include Sanya Iyer, Sonu Srinivas Gowda, Chaitra Hallikeri, Spoorthi Gowda, etc.

Some Facts About Akshata Kuki

If you have more details about Akshata Kuki. Please comment below we will update within an hour.