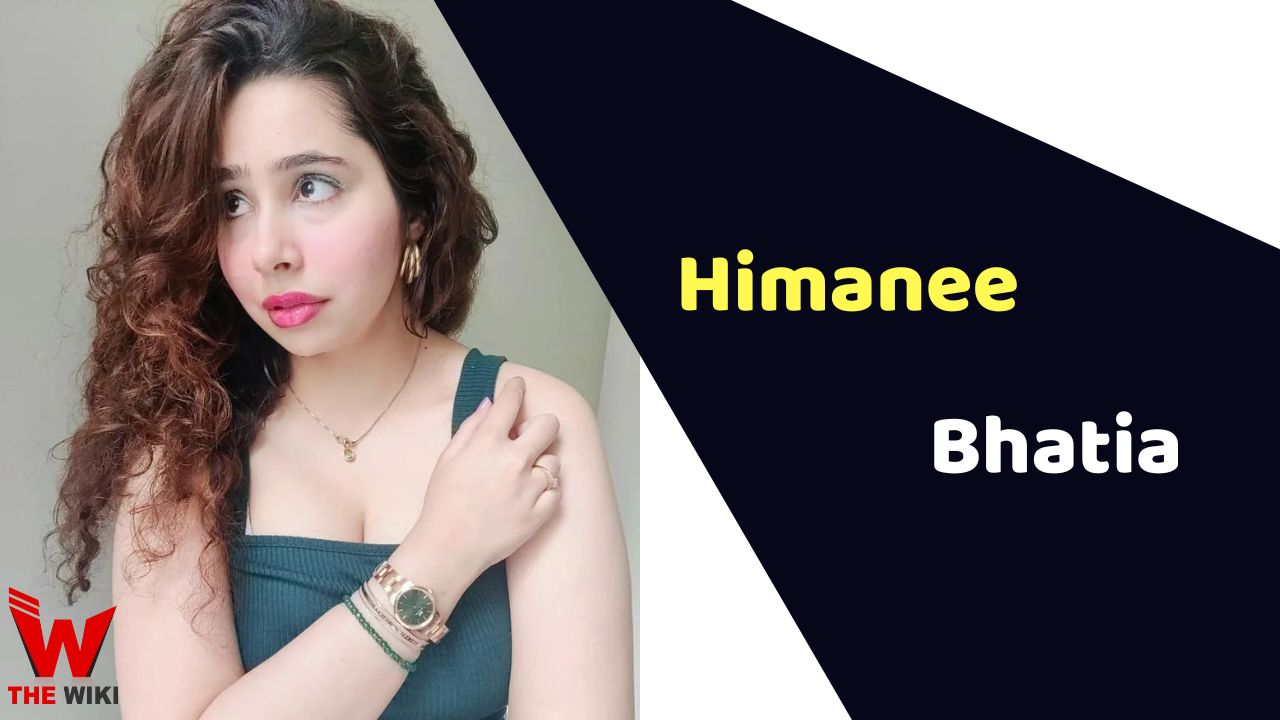 Himanee Bhatia is an Indian actor, model, author, former lawyer and ex-KPMG risk consultant. She is best known for her performance in short films like Act Normal, Blink, Roomates, Khat and My Brown Eyed Boy. In 2021, Bhatia has worked in a Netflix’s web series Decoupled starring R Madhavan and Surveen Chawla.

She was noticed instantly for her unique beauty and acting style She is often called one of the most versatile and real actresses, as all her characters have been different, and is considered one of the most beautiful actresses and promising new faces in the film industry.

Himanee Bhatia was born on 26 July 1995 in New Delhi, India. Her father is an IT consultant and mother is in the travel business. She is one of two siblings and her older brother Aditya Seth, who is a lawyer, was the source of inspiration for her book, ‘Ten Fireflies’. Her grandfather was an army officer. She is of Pathaan descent from her father’s side from Dera Ismail Khan and Punjabi descent from her mother’s side from Lahore.

Bhatia did her early education from Delhi based Sanskruti School and later pursued graduation in Bachelor of Commerce from Sri Venkateshwara College, Delhi University. After graduation, Bhatia worked as a business and legal consultant at an audit firm, KPMG before venturing into acting.

Bhatia has been a firm believer of awareness for mental health. She started her career with the short film, Act Normal, which talks about anxiety and depression, and through her film she attempted to spread awareness about mental health. The film was acted, performed, written and produced by her as well.

After quitting KPMG on the day of her promotion, Bhatia started auditioning at theatre studios in Delhi, and bagged her first theatre play at Akshara Theatre group, Delhi called ‘Paradox in a box’ and was cast in the lead role of Alisha ‘Alice’ Thakur. She then moved to Mumbai to pursue her dream of acting. She landed the role of ‘Jannat’ in the theatre play ‘Deadman Walking’ with the theatre group ‘Leo Girl Productions’. She is also a popular face in the world of hosting and has hosted many celebrities for brands such as Deyor camps.

Himanee is rumoured to be dating a Delhi based businessman. She has openly said she is a very religious and a practicing Hindu.

Some Facts About Himanee Bhatia

If you have more details about Himanee Bhatia. Please comment below we will update within an hour.