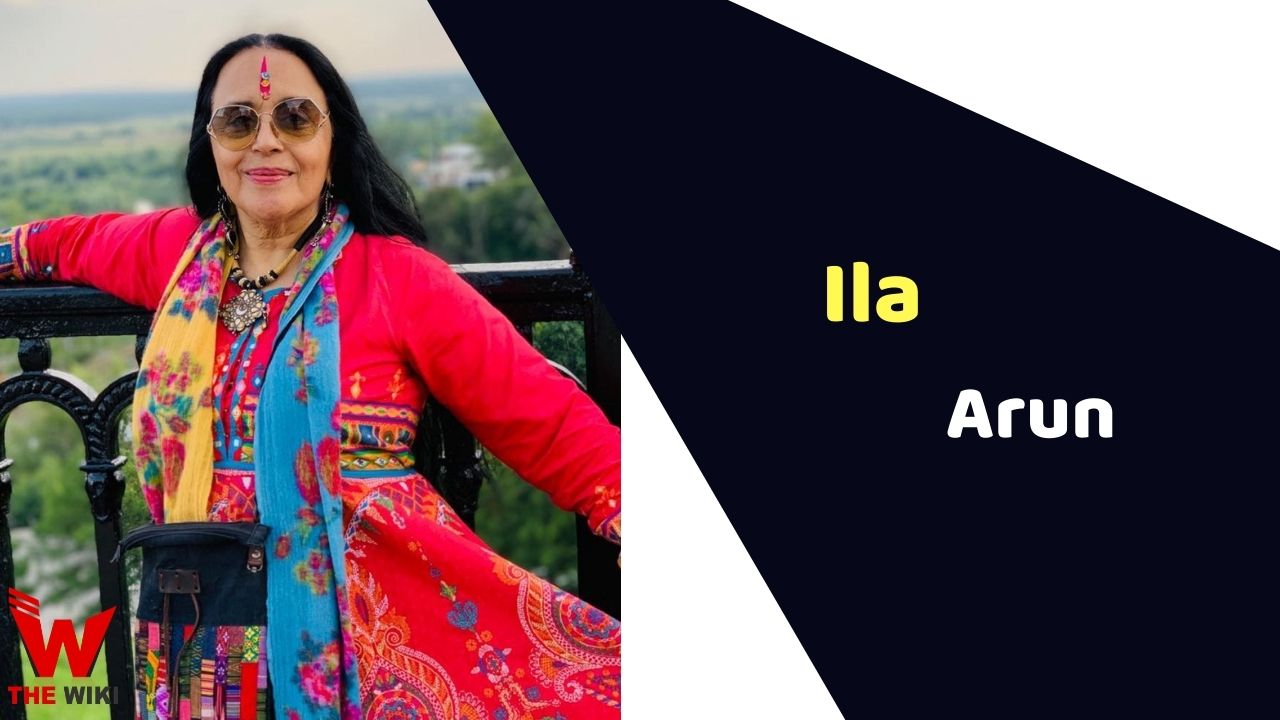 Ila Arun is an Indian film actress, music composer and singer. She does various prominent movies like Begum Jaan, Lamhe, Jodha-Akbar, Shaadi Ke Side Effects etc. She has worked more than 100 Bollywood film and has been active in film industry since 1986.

Ila Arun was born on 15 March 1954 in Jaipur, Rajasthan. She completed her graduation from Jaipur’s Maharani College. She has siblings Rama Pandey, Piyush Pandey, Prasoon Pandey and Tripti Pandey.

Her first appearance on Hindi television with Lifeline A show aired on DD National in late 80’s. She started her career on big screen by Ardh Satya (1983) a drama/crime film starring veterans like Om Puri, Amrish Puri, Nassurddin Shah, Smita Patil and many more. Her first superhit playback was “Morni Baaga Ma Bole” alongwith Lata Mangeshkar in Lamhe (1991) and her one the most famous song was Choli Ke Pichey from film Khalnayak (1993).

Ila Arun is Married to retired merchant navy personnel, Mr. Arun Bajpai. They also have a daughter named Ishita Arun, who is also an actress by profession.

Some Facts About Ila Arun

If you have more details about Ila Arun. Please comment below we will updated within a hour.