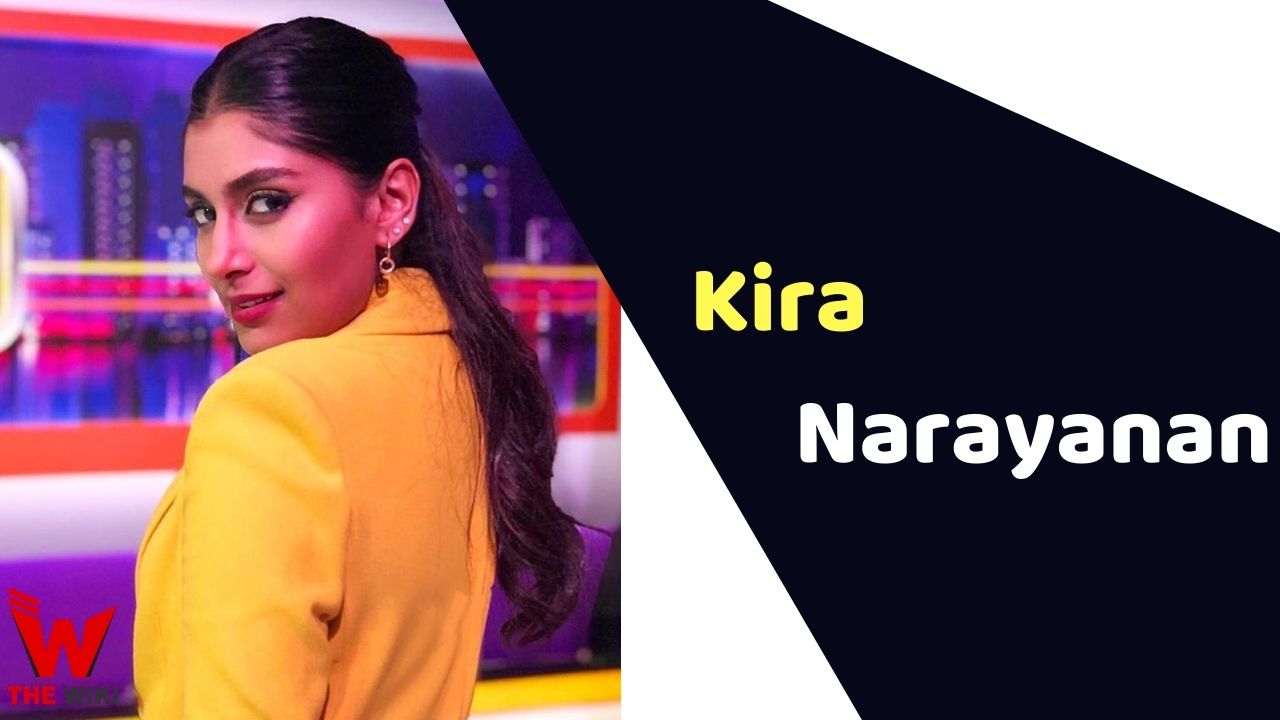 Kira Narayanan is an Indian film and theatre actress. She is known for her sports anchoring at Star Sports India. In addition, she also acted Jasmine in the musical stage version of the Disney’s film Aladdin produced by Disney India and BookMyShow. Kira is originally from Chennai, Tamil Nadu.

Kira Narayanan was born on 26 January 1994 in Chennai, India and brought up in Kuala Lumpur, Malaysia. She completed her early education from International School, Kuala Lumpur after which she obtained a BSc Psychology degree from University College London. She took training in acting from School Musicals, New York Film Academy (New York) and the National Youth Theatre of Great Britain (London).

Kira started her career in the year 2018 with the role of Princess Jasmine played in Aladdin the Musical Show. This gained her a lot of popularity. After this she also appeared in the character of Eliza Doolittle in the show My Fair Lady in 2019. She played the role of Sri Devi (a classical dancer) in the Telugu film Koothan in 2018.

In 2019, Kira has also worked in the web series Minus One. She also hosted Pro Kabaddi League and IPL Season 13 on Star Sports.

Some Facts About Kira Narayanan

If you have more details about Kira Narayanan. Please comment below we will updated within a hour.