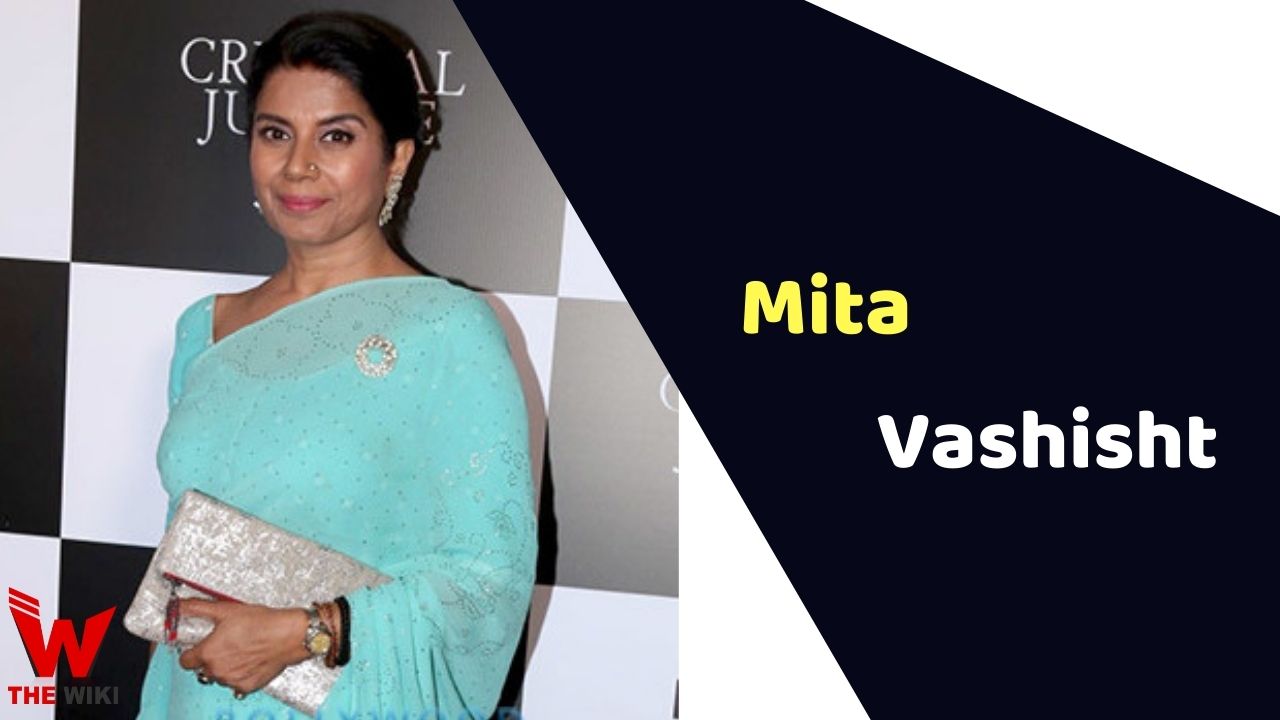 Mita Vashisht is an Indian film and television actress. She has worked in various movies, commercial film, and theatre. She is famously known for her performances in the television serial Kaala Teeka, Jodhaa Akbar, Kahani Ghar Ghar Ki, Swabhimaan etc. Mita has also worked in web series like Your Honor and Criminal Justice.

Mita Vashisht was born on 2 November 1967 in Jatal Village of Pune, Maharashtra. Her father Captain Rajeshwar Dutt, is a retired colonel of the Indian Army and her mother Meenakshi Mehta Vashisht, is a teacher and singer. She completed her graduation from Punjab University and National School of School, Delhi. She has done Post Graduate in English Literature.

Mita started her career as a supporting actress in the film Var Var Vari in 1987. She got featured in the romantic musical-drama movie Chandni in 1989. She starred in the documentary film Siddheshwari as Siddheshwari in 1989. The Next year, she portrayed the character of Rani Roopmati in the film Khayal Gatha. She acted in the 1992 film Idiot as Nastassya. It is inspired by the 1869 novel by Fyodor Dostoyevsky.

In 1999, she acted as Prabha in the popular Bollywood musical romantic film Taal. She performed as Karate Instructor in the 2009 horror movie Aladin. Later she featured in Trishna, Gangoobai, Youngistaan, Rahasya, Kaagaz etc.

Mita made her debut with the television science-fiction serial Space City Sigma as Teeba, the scientist on DD National, in 1989. She later featured in the historical-drama show Bharat Ek Khoj as Suhasini (wife of Bhananand), in 11 and 12th episodes in 1989. In 1999, she played the role of L. Bannerjee in the teen-drama serial Hip Hip Hurray aired on Zee TV. From 2005 to 2007, she starred in the Balaji telefilm’s serial Kahani Ghak Ki as Trishna Kocchar aired on Star Plus.

She starred in the Channel V drama serial Suvreen Guggal – Topper of The Year from 2012 to 2013. In 2016, she acted in the series Kaala Teeka Jethi Maa broadcasted on Zee TV. The show shows an anti-superstition story.

Mita Vashisht first got engaged with Mangal Dhillon. After she tied the knots with a filmmaker Anup Singh.

Some Facts About Mita Vashisht

If you have more details about Mita Vashisht. Please comment below we will updated within a hour.