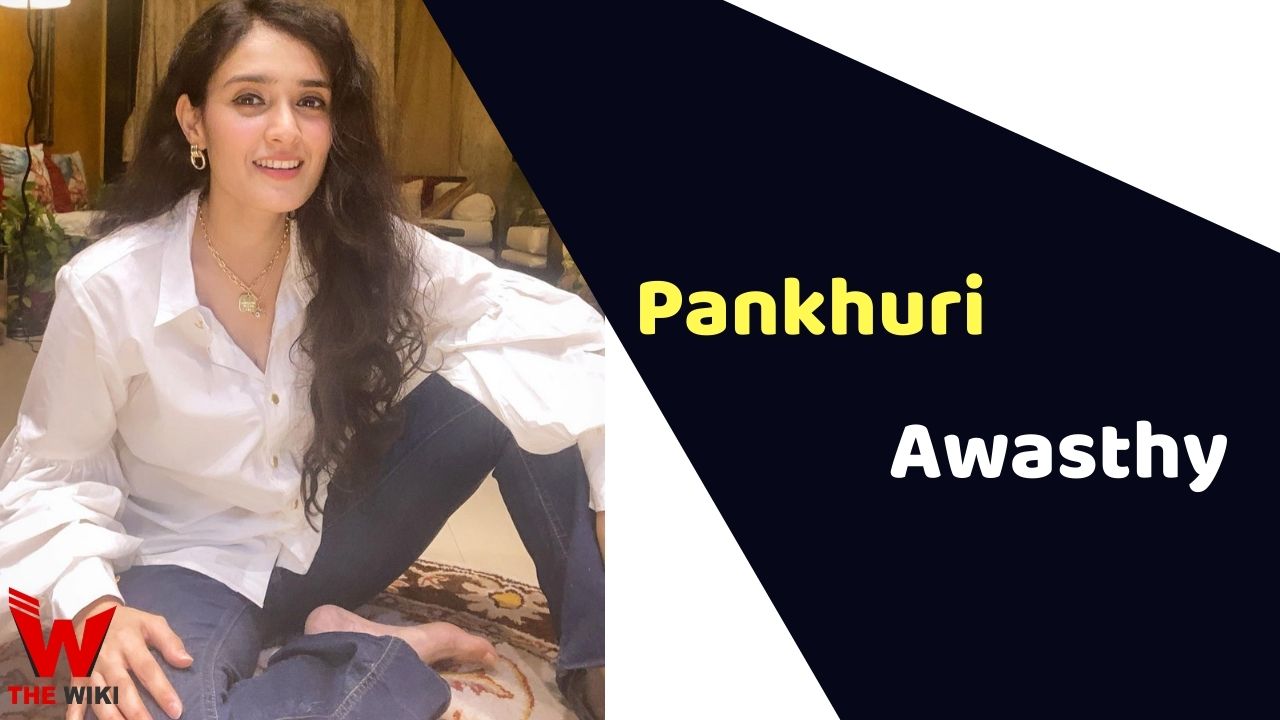 Pankhuri Awasthy is an Indian television and film actress. She is known for playing Razia in Razia Sultan. She has also worked in several television shows such as Yeh Rishta Kya Kehlata Hai, Kya Qusoor Hai Amala Ka, Suryaputra Karn. In 2020, She made her film debut with Bollywood film Shubh Mangal Zyada Saavdhan, starring alongside Ayushmann Khurrana and Jitendra Kumar.

Pankhuri Awasthy was born on 31 March 1991 in Lucknow, Uttar Pradesh. Her father name is Sanjay Awasthy and mother name is Arti Awasthy. She has 2 sibling named Abhishek and Rajat Awasthy. Pankhuri did her schooling from Bluebells School International, New Delhi and completed her Bachelors of Arts (Hons) in English from Hindu College, University of Delhi, New Delhi.

Awasthy first went to Bangalore for a job in marketing but then in 2014 she eventually moved to Mumbai to making her career in acting. Her first debut TV series was Yeh Hai Aashiqui My Dil Goes Left Right Left in the year 2014. In the same year she also appeared in MTV Fanaah Season 2 as Seher. In 2015, she got immense fame by the role of Razia Sultan in &TV’s historical drama Razia Sultan. Then she also played Draupadi in the mythological drama Suryaputra Karn, Amla in Kya Qusoor Hai Amala Ka, Vedika Agarwal in Yeh Rishta Kya Kehlata Hai etc.

On October 2017, Awasthy and Gautam Rode (who is also an actor) got engaged and on February 2018, they They got married in Alwar.

Some Facts About Pankhuri Awasthy

If you have more details about Pankhuri Awasthy. Please comment below we will updated within a hour.