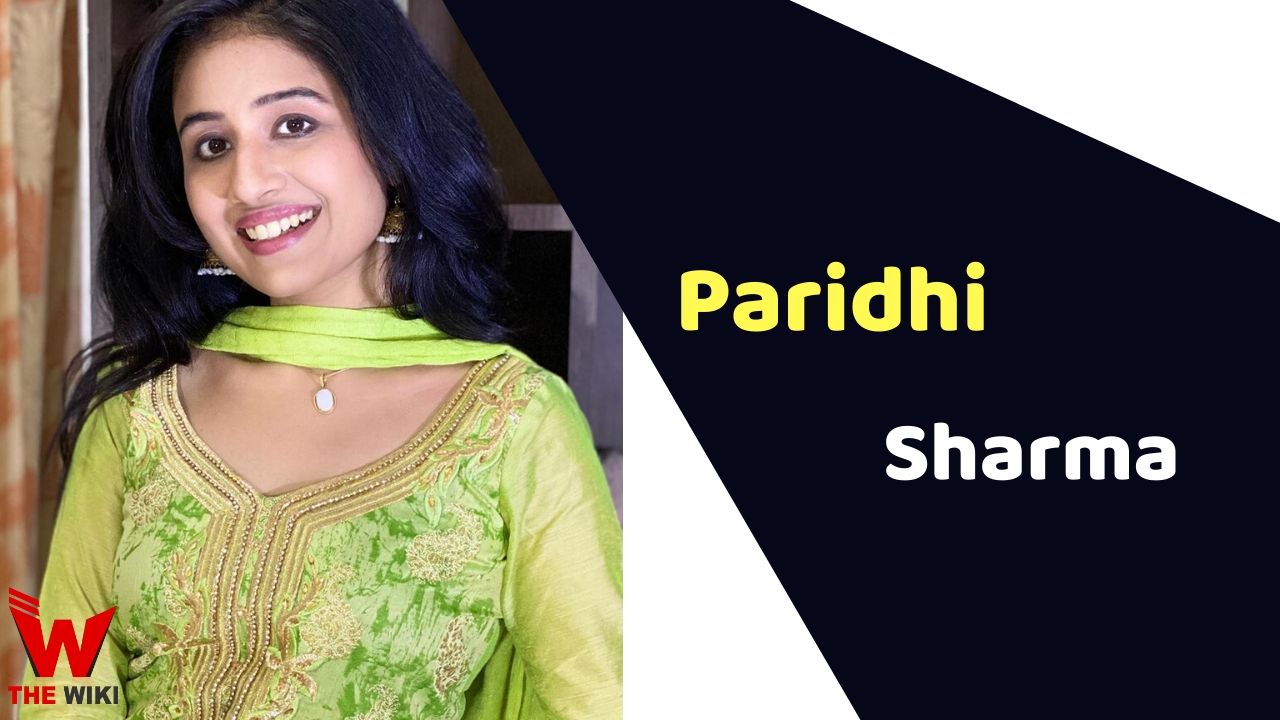 Paridhi Sharma is an Indian television actress. She is famous for her female protagonist role played by television show Jodha Akbar. Apart from this, she has worked in serials like Patiala Babes, Ruk Jaana Nahin, Yeh Kahan Aa Gaye Hum. Paridhi hails from Indore and has been active in the television industry since 2010.

Paridhi Sharma was born on 15 March 1987 in Indore, Madhya Pradesh. She is the daughter of Narendra and Rashmi Sharma. She has 2 brothers and a sister in the family. Paridhi completed her schooling from Emerald Heights International School. After which she completed her MBA from Prestige Institute of Management and Research, Indore.

Paridhi turned to Mumbai after completing her studies. She started her career in print shoots and television commercials in Mumbai. She started her acting career with the TV show ‘Tere Mere Sapne’ of Star Plus channel in 2010. In this serial, the character of Paridhi was named ‘Meera’ and ‘Rani’. Paridhi worked on the show for two years, after which she appeared in another Star Plus serial ‘Ruk Jaana Nahin’.

In 2013, Paridhi rose to fame from Zee TV’s popular TV show Jodha Akbar. In this show, she played the lead role of Jodha Bai. After this serial, she has worked in serials like Yeh Kahan Aa Gaye Hum, Patiala Babes, Jag Janani Maa Vaishno Devi.

After completing her studies, Paridhi married Ahmedabad-based businessman Tanmay Saxena in 2009. After marriage, she entered the television industry. Paridhi has never need to look back after the success achieved in 2013. Paridhi lives in Mumbai with her family and the couple also has a son.

Some Facts About Paridhi Sharma

If you have more details about Paridhi Sharma. Please comment below we will updated within a hour.