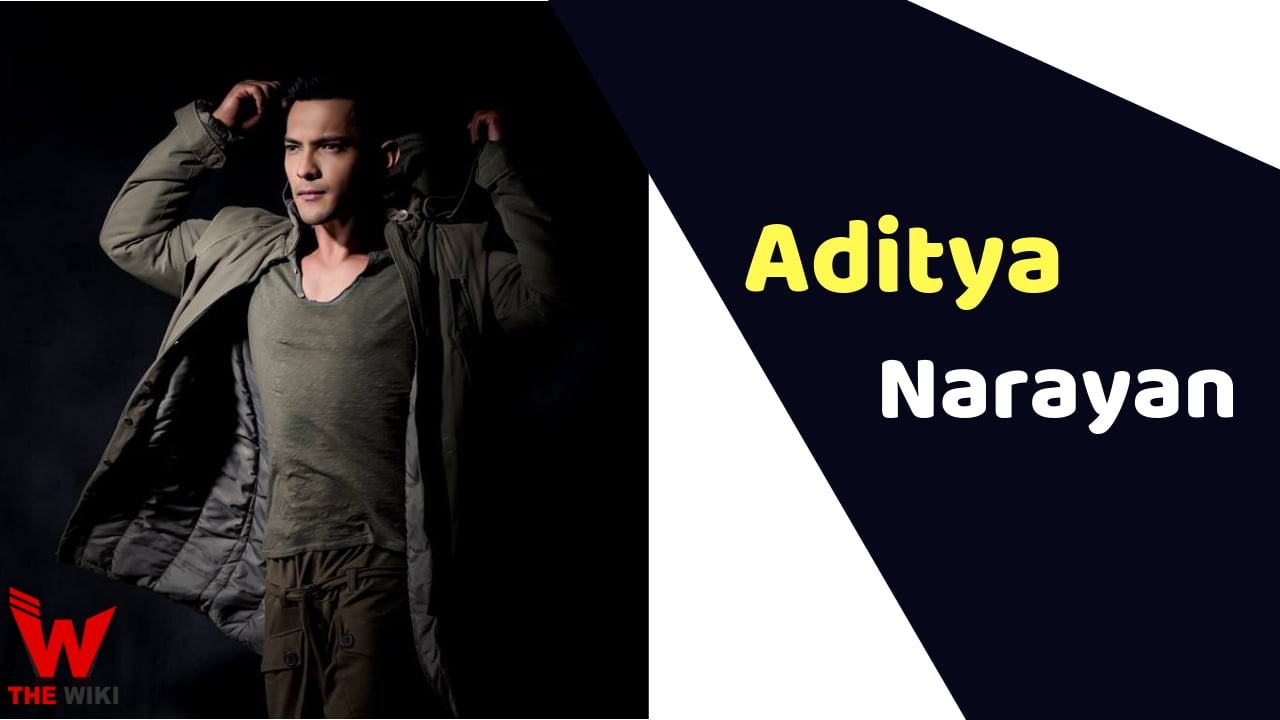 Aditya Narayan is an Indian playback singer, actor and television host. He is son of Hindi film singer Udit Narayan and Deepa Narayan. Narayan is known for the songs like ‘Tattad Tattad from Ram Leela, ‘Mujhe Maaf Karna’ from Biwi No.1 and ‘Kahin Aag Lage’ from Taal. He also host India’s most famous singing reality show Sa Re Ga Ma Pa.

Aditya Narayan was born on 6 August 1987 at Breach Candy Hospital in Mumbai. His full name is Aditya Narayan Jha. Narayan comes from musical background family. His father Udit Narayan is very known face in singing world and His mother Deepa Narayan, his grandfather Hari Krishna Jha and his grandmother Bhuvaneshwari Jha all are belong to musical field.

Narayan debut in Bollywood industry in the age of 7. He record his first playback song ‘Rangeela Re’ for the film Rangeela with Asha Bhosle. This song is composed by music maestro A.R Rahman. Same year he sung with his father in title track of film Akele Hum Akele Tum.

After that Narayan sung as a child artist in many films like Masoom, Shastra, Diljale, Pardes, Ghoonghat, Bhai and Chachi 420. His most successful song was ‘Chhota Baccha Jaan Ke’ from the film Masoom (1996). He also earned his first major film award, the Screen Awards critics’ Best Child Singer in 1997. In year 2001 Narayan took break from singing for his higher education.

In 2008, Narayan re-debut in Bollywood and gives audition for Zee TV singing reality show SaReGaMaPa. He was selected for show as Host. She also signed first Bollywood movie Vikram Bhatt Shaapit in 2009. In the film he also composed title track of the film, Shaapit Hua.

In year 2012, he sings in 2 songs of Sanjay Leela Bhansali film Ram Leela. This movie was a blockbuster and His song “Tattad Tattad” was chart buster of year. In other song “Ishqyaun Dhishqyaun” he sing with his father Udit Narayan.

Apart from singing Narayan also worked an actor in film industry, He started his career as a child artist in Shahrukh khan and Mahima Chaudhary starring film Pardesh in year 1997. He played role of Little ganga brother Potla in the film. In 1998 he was casted alongside of Salman Khan and Twinkle Khanna for the film Jab Pyaar Kisise Hota Hai in which he played role of Salman Khan son Kabir Dhanrajgir role. He earned nomination in Zee Cine Awards- Best Supporting role. In 2010, Aditya Narayan debut in Bollywood as a lead actor with film Shaapit, directed by Vikram Bhatt.

Aditya Narayan ties the knot with longtime girlfriend Shweta Aggarwal in a temple on 1 December 2020. They worked together in Vikram Bhatt’s film Shaapit in 2010.

Some Facts About Aditya Narayan

If you have more details about Aditya Narayan. Please comment below we will updated within a hour.