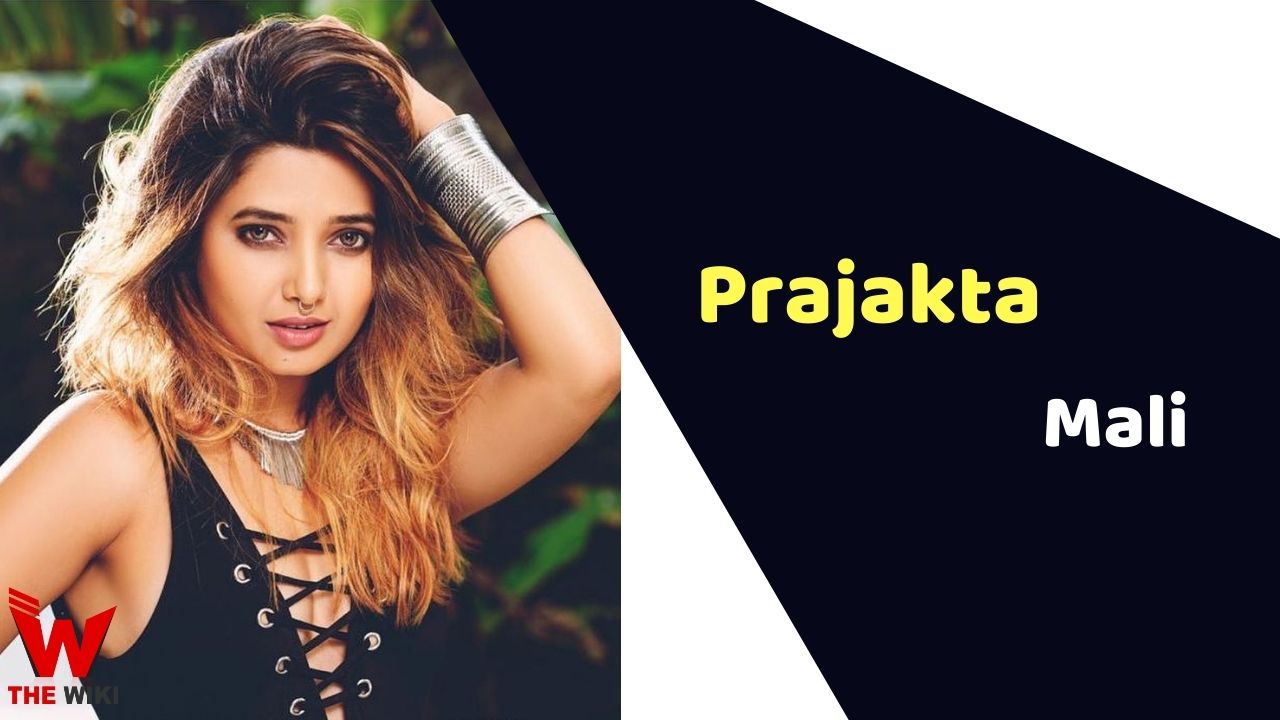 Prajakta Mali is an Indian actress and model. She has mostly worked in Marathi Cinema and daily soap. She is known for her performance as Meghana Desai in Zee Marathi show Julun Yeti Reshimgathi (2013-15). Prajakta has also worked in television shows such as Eka Peksha Ek – Apsara Aali, Suvasini and Naktichya Lagnala Yaycha Ha.

Prajakta Mali was born on 8 August 1989 in Pune, Maharashtra. Her mother’s name is Shweta Mali. Prajakta is professionally trained in Bharatnatyam, after finishing her Arangetram and Visharad. She obtained her Masters degree in Performing Arts from Lalit Kala Kendra, Pune University, and received a prestigious scholarship from the Ministry of Culture, for higher education at Bharatnatyam.

Prajakta faced the camera on Dholkichya Talawar’s set for the first time when she was in grade 6. Prajakta worked on Marathi television Star Pravah Suvasini in 2011. She then played the role of Meghna Desai in the Zee Marathi show Julun Yeti Reshimgathi in 2013. She has also been seen on other daily soaps like Bandh Reshmache as the main female lead- Aditi, Phiruni Navin Janmen Mee, Good Morning Maharashtra(Host), Gaane Tumache Aamache(Host), and Sugaran.

Her debut film is ‘Taandala- Ek Mukhavata’. She also appeared in the Marathi feature film by Kedar Shinde “Kho-Kho” in 2013. In 2014, she starred as Bijli in the Marathi film Sangharsh, starring Rajesh Shringarpure. Then, in 2017, she was seen as Girija in Hampi alongside Sonalee Kulkarni. She was seen in the September 2017 film Party, alongside Suvrat Joshi.

Some Facts About Prajakta Mali

“I have always been inclined towards meditation. I have been deeply inspired by Osho and his talks too. However, my recent experience with pranayam has been enlightening. It helped me get through an emotional turmoil and I feel like a different person now.”

If you have more details about Prajakta Mali. Please comment below we will updated within a hour.