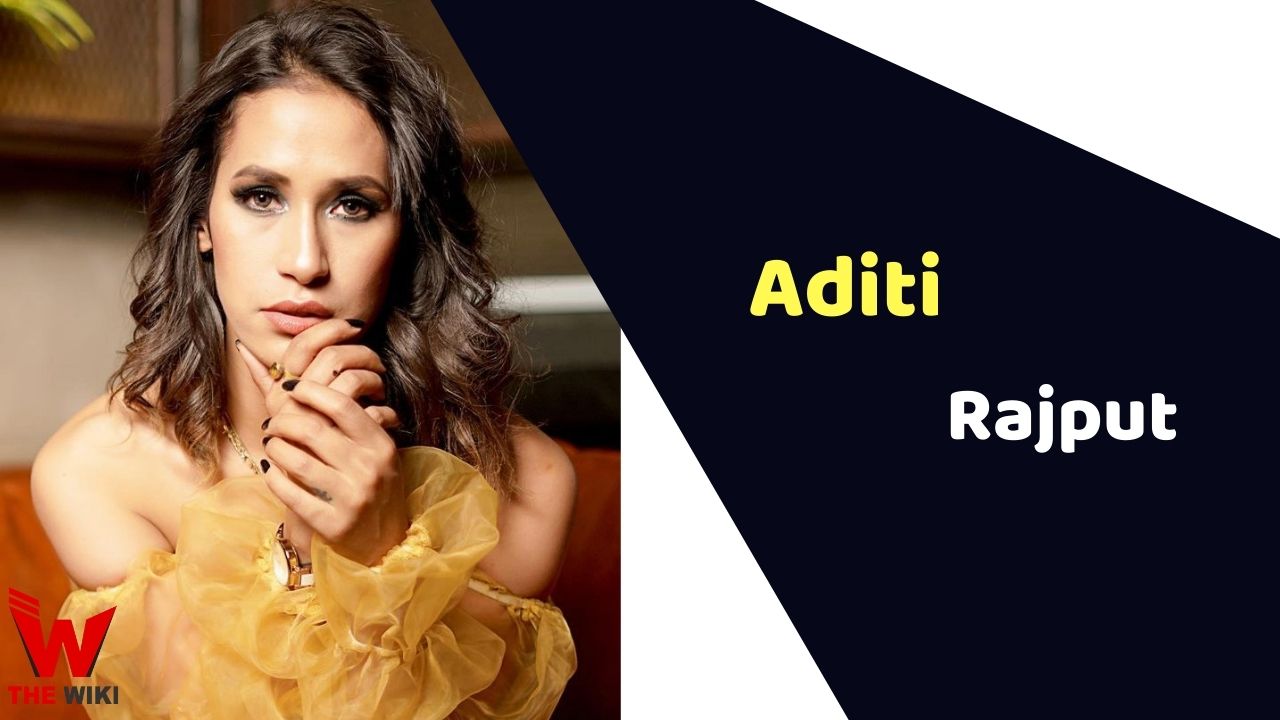 Aditi Rajput is an Indian model, actor, anchor and fashion blogger. She is known for her appearance in Sunny Leone and Rannvijay Singha dating reality show MTV Splitsvilla X3 in the year 2021. She has also worked in episodic television shows like Pyar Tune Kya Kiya, Yeh Hai Aashiqui, and Aahat.

Aditi Rajput was born on 27 June 1996 to an upper-class Hindu family from Dehradun, Uttarakhand, India. Her father is a businessman by profession and her mother is a housewife. She also has a brother. Aditi completed her studies at Dehradun and obtained her degree from Mumbai. She began modeling after graduation.

Aditi began her career as a model and walked the ramp in some fashion events. She also featured in numerous television commercials of fashion brands. She got her first fame by selecting for the MTV Splitsvilla X3 in year 2021. Aditi is among top 20 contestants of the show. She has also appeared in various TV shows such as Pyar Tune Kya Kiya, Yeh Hai Aashiqui, Bhanwar and Aahat.

Aditi is currently dating Aakash Mansukhani who is a well-known model and an aspiring actor in the industry.

Some Facts About Aditi Rajput