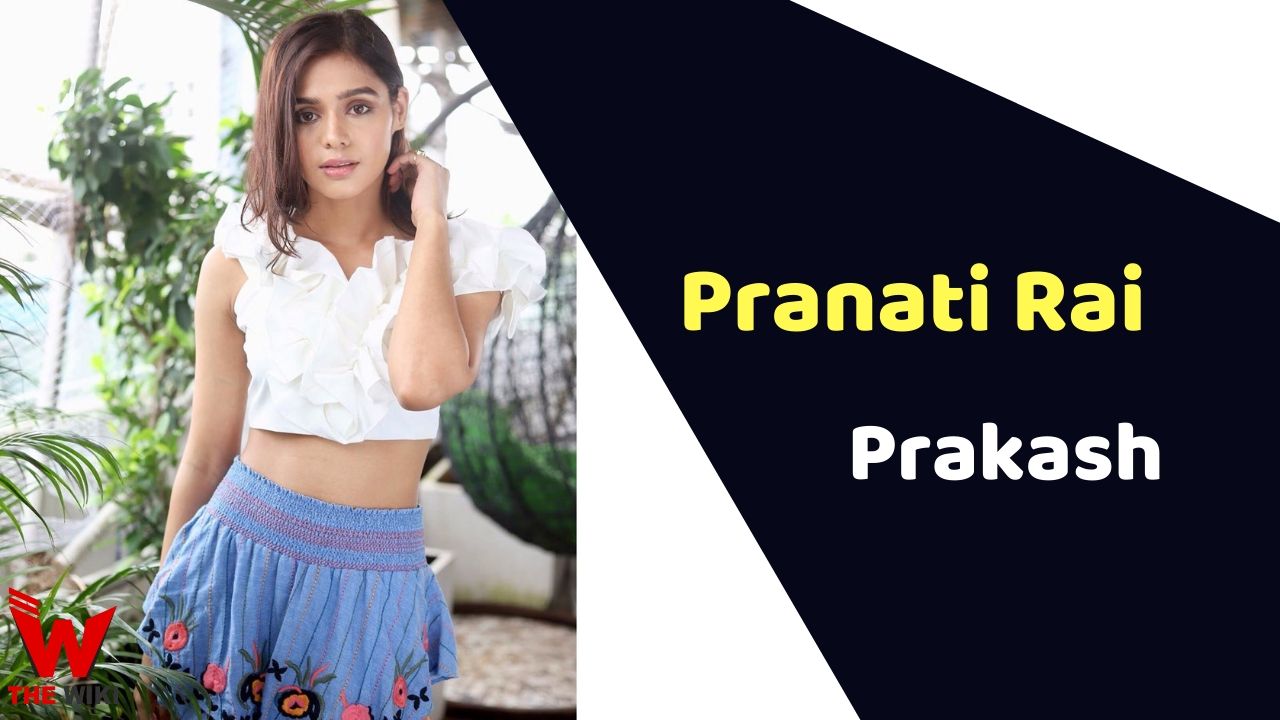 Pranati Rai Prakash is an Indian model and actress, she has been the winner of the famous modeling show “India’s Next Top Model”. Apart from this, she has also participated in Miss India competition, she is originally from Patna, Bihar. Pranati has also worked in a Hindi film ‘Family of Thakurganj’.

Pranati Rai Prakash was born on 20 September 1994 in Patna, Bihar. Her Father’s name is Prem Prakash and he is an Army Colonel. Due to her father’s job , Pranati completed her childhood studies from different regions of the country, such as Srinagar, Port Blair, Bathinda, Delhi, Shillong, Dehradun and Patna. She has been very fond of modeling and acting since childhood. She also did a fashion communication course from Delhi’s NIFT College.

In 2015, Pranati started her career with the Miss India competition. She had won a total of 5 titles in this competition. She was a semifinalist in it. After Miss India, she participated in many modeling events but she got the fame from the MTV channel television show “India’s Next Top Model”. She was the winner in the second season of this show. The show was the Indian version of the American show “America Next Top Model”.

Pranati stepped into the field of acting in the year 2019. She appeared in the film ‘Family of Thakurganj’. Apart from this, she was seen in Imtiaz Ali’s film Love Aaj Tak 2 alongside Kartik Aryan and Sara Ali Khan.

Some Facts About Pranati Rai Prakash

If you have more Details about Pranati Rai Prakash. Please comment below we will updated within a hour.