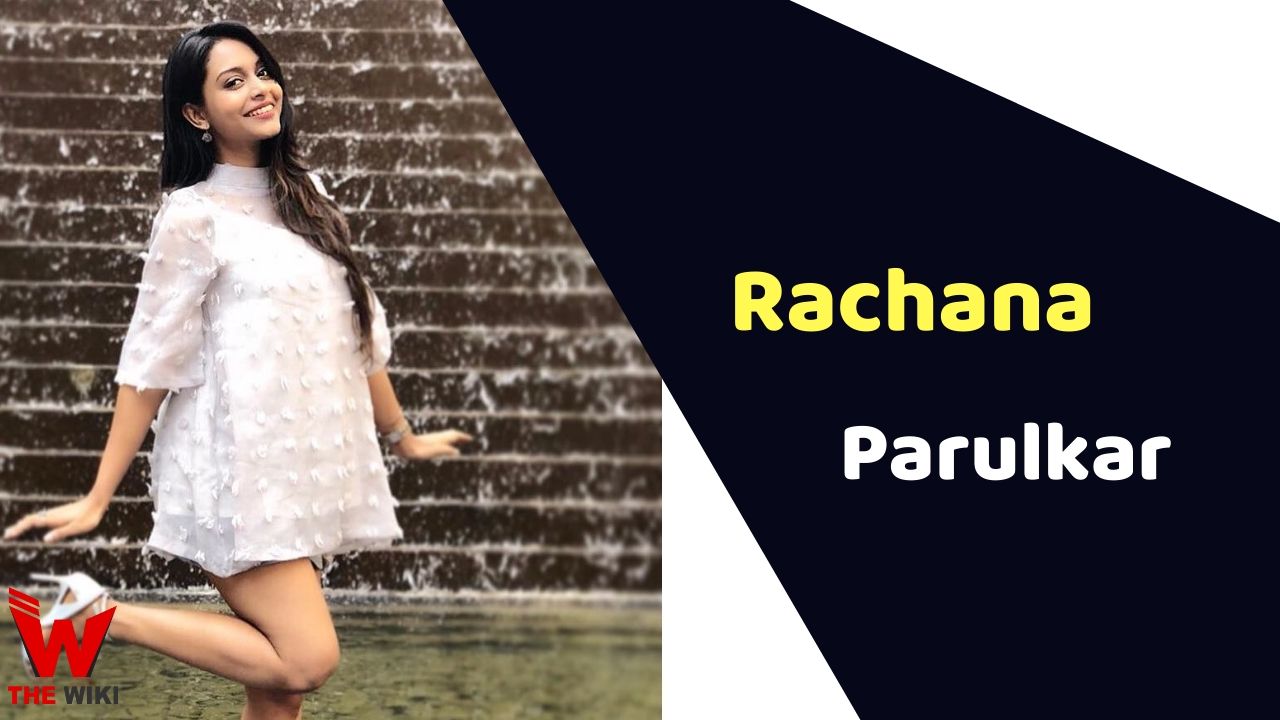 Rachna Parulkar is an Indian television actress. She is known for television serials Namah, Saat Phere, Kis Desh Ke Hain Mera Dil, Maharana Pratap and Ek Mutthi Aasmaan. She is also a good dancer and has won the scholarship of Terence Lewis through her dance.

Rachna was born on 10 October 1990 in Mumbai. Her father’s name is Sushilkumar and mother’s name is Lata Parulkar. Apart from her in the family, she also has two brothers Sandesh Parulkar and Sanket Parulkar. Rachna received her early education from the Gyan Kendra School in Mumbai. She has been fond of dance since childhood. She always participated in dance during the school program.

After completing her schooling, she completed her graduation from Mithibai College. During her college days, she started working in the television industry. Rachna made her television debut with Zee TV show Saat Phere in the year 2009. In this show, she played the role of Sawri (Saloni’s daughter). She was just 19 years old at the time of the show. After this show, she never looked back. She did shows like Namah, Kis Desh Mein Hai Mera Dil, Sapnon Se Bhare Naina, Ek Mutthi Aasmaan, Maharana Pratap and Doli Armaano Ki. The most popular character of Parulkar was the lead actress Kalpana in Ek Mutthi Aasmaan.

Apart from television, Parulkar is also quite popular in the field of dance. She has done Bharatanatyam dance course with Nalanda Bharatnatyam Nritya Niketan. Apart from this, she has studied classical Kathak from Uma Dogra School of Kathak.

Some Facts About Rachana Parulkar

If you have more Details about Rachana Parulkar. Please comment below we will updated within a hour.