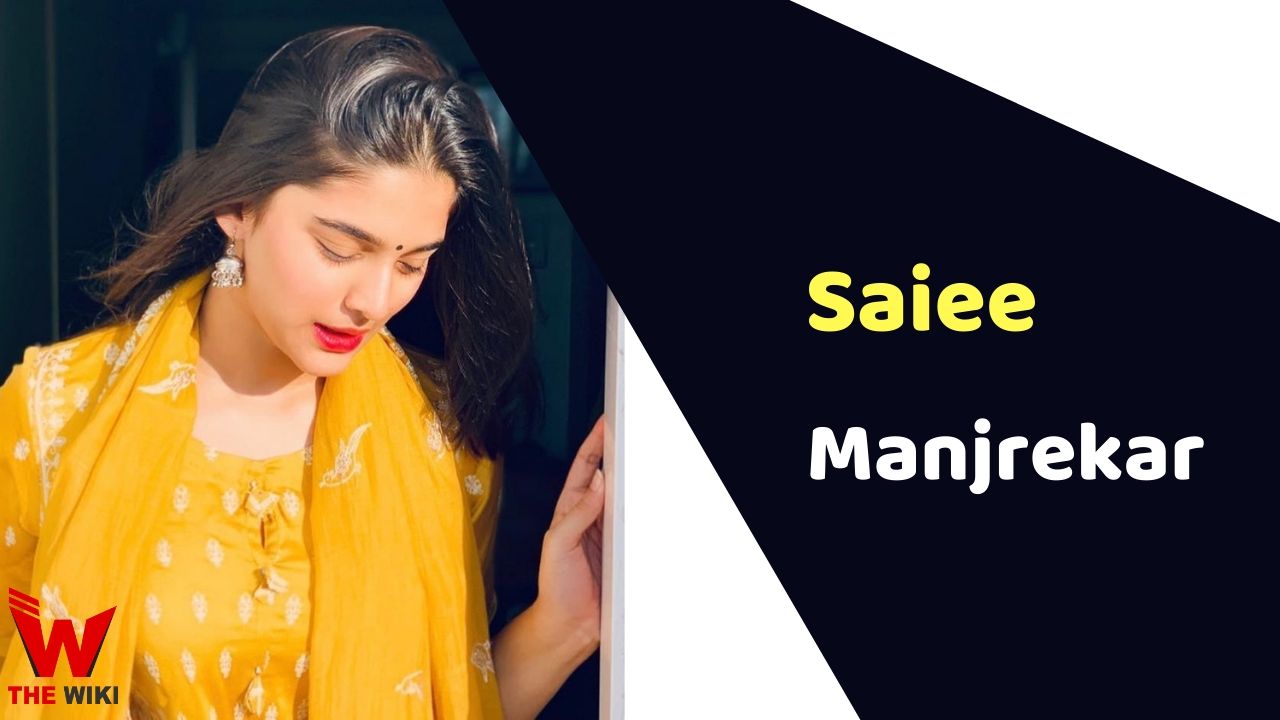 Saiee Manjrekar is an Indian actress who is going to debut in Bollywood in 2019 with Salman Khan’s film Dabangg 3. She is the daughter of veteran Bollywood actor and director Mahesh Manjrekar and Medha Manjrekar. She will be seen opposite Bollywood stars Salman Khan and Sonakshi Sinha in her debut film. She has also done modeling work for some time before coming into acting.

Saiee Manjrekar was born on 29 August 1998 in Mumbai, Maharashtra. Her father Mahesh Manjrekar has been a popular actor of the Bollywood film industry. He has worked in hundreds of Hindi films, including films like Vaastav, Kante, Zinda, Wanted, Ready, Bajirao Mastani. Apart from acting in films, he has also worked as a film director. Saiee’s mother Medha Manjrekar is a film producer and former actress.

Apart from her in the family, she has one half-brother Satya Manjrekar, two half-sisters Ashwini Manjrekar and Gauri Ingawale. Saiee is the child of Mahesh Manjrekar’s second wife Medha. Mahesh’s first wife is named Deepa Mehta.

Saiee started her career as a model. She has also done promotion work for many brands. She grew up in the film background since childhood, which is why she has a good knowledge of this area. Saiee wanted to pursue a career in acting since childhood.

Saiee has taken training from a reputed institute to learn acting. In the year 2019, she got the opportunity to do Salman Khan’s film Dabangg 3. The film is going to be released soon on 25 DeSaieember 2019. Saiee will also make  Bollywood debut with this film. Being a star kid, her poster Salman Khan himself was revealed on October 22.

Some Facts About Saiee Manjrekar

If you have more Details about Saiee Manjrekar. Please comment below we will updated within a hour.