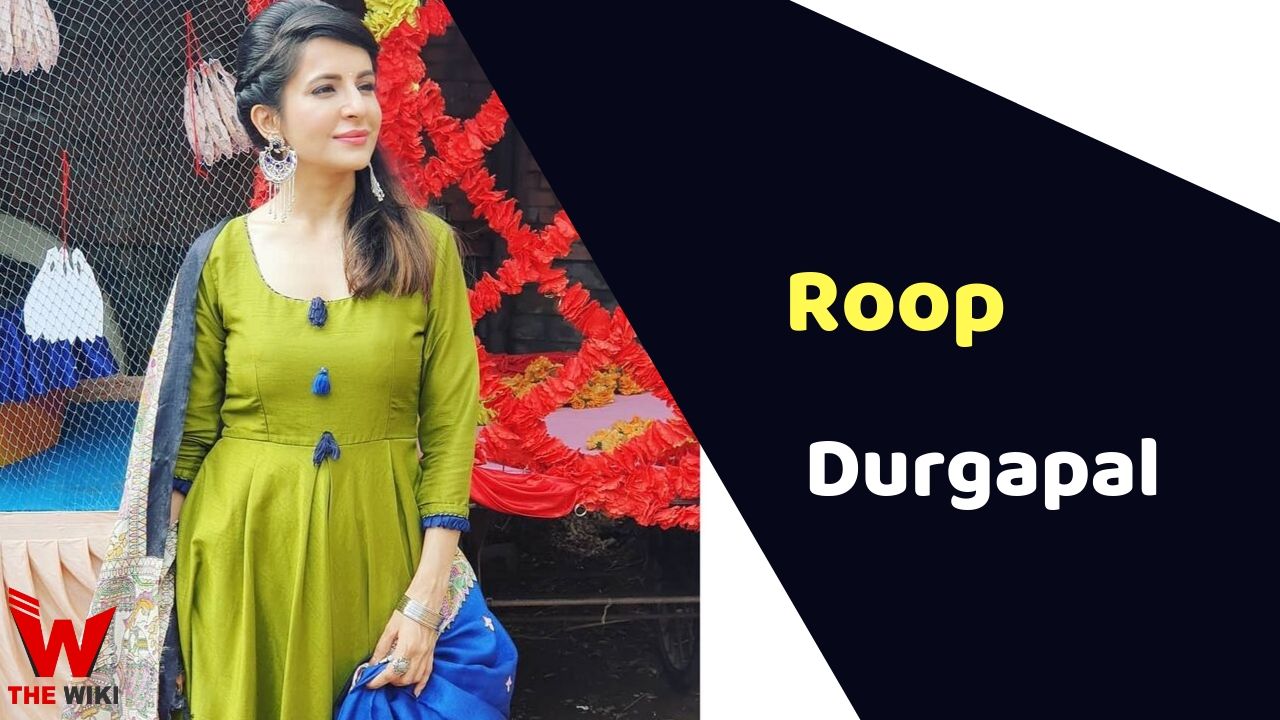 Roop Durgapal is an Indian television actress known for television serials Balika Vadhu, Baalveer, Tujhse Hai Raabta and Waris. She is originally from Almora, Uttarakhand. She started her career in 2012 with the serial Balika Vadhu.

Roop Durgapal was born on 15 October 1988 in Almora, Uttarakhand. She belongs to a middle-class Hindu family. Her father’s name is Dr. J. C. Durgapal who was the former Health Director of Uttarakhand. He is now retired from the post. Her mother’s name is Dr. Sudha Durgapal and she died on 25 September 2019. She also has a sister Parul who works in the media sector. In 2016, Roop did love marriage to Deepak Nailwal, the creative head of a sports channel.

Roop Durgapal got her early education from Almora, after completing her schooling she did graduation from Graphic Era Institute of Technology, Dehradun. He holds a B.Tech degree in instrumentation and control.

Roop Durgapal started her career in the year 2012, she debuted with the television show Balika Vadhu. She made a good popularity by playing the role of Sanchi. After which she has done shows like CID, Swarangini, Kuch Rang Pyar Ke Aise Bhi …, Akbar Birbal, Ganga, Waris, Tujhse Hai Raabta.

In 2019, Roop has worked in Tujhse Hai Raabta and CIF. In CIF, she plays the role of forensic doctor Sakshi.

Durgapal is also active on social media, she has millions of fans on Instagram, she shares something with her fans every day.

Some Facts About Roop Durgapal

If you have more Details about Roop Durgapal. Please comment below we will updated within a hour.