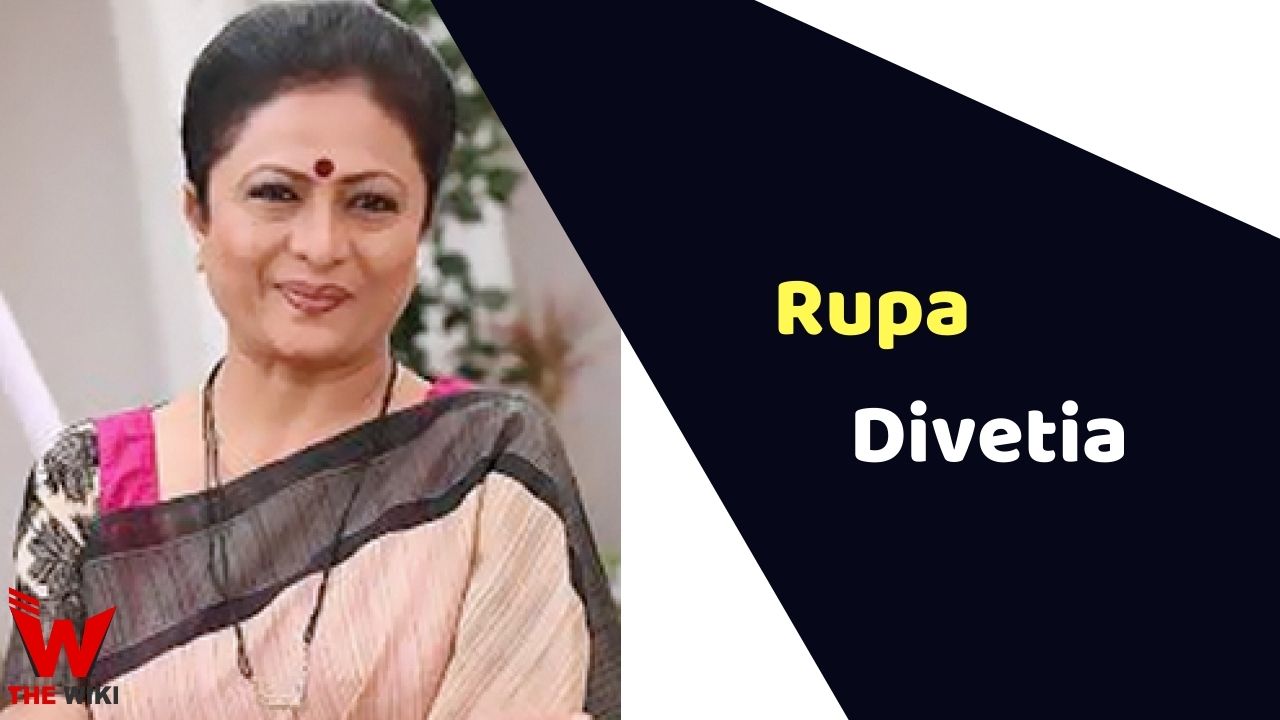 Rupa Divetia is an Indian television actress. She is known for his work in Ekta Kapoor’s serial ‘Kkusum’ (2001-2005) which was premiered on Sony Entertainment Television. Apart from that she also worked in many Gujarati television and theatre plays.

Rupa starred on Gujarati stage plays. She was appreciated for her performance Jasma in ‘Jasma Odan’. she had acted in many television serials like Shree, Kohi Apna Sa, Piya Basanti Re,Ghar Ek Mandir. She acted on a a daily soap that was aired on Doordarshan titled ‘Huto-Huti No Ghar’ and she played the role of Radha.

Rupa has been famous in Gujarati serials and has been appreciated and loved by the Gujarati audience. She has also worked in Gujarati movie titled Dariya Choru.

She has been struggling for many years and now she had earned a huge success and fame. In the earlier days she had to work in the backstage, sweep the stage for months and land up in getting small roles. Rupa gained a lot popularity during these years. She had worked in two popular daily soaps Sambhav Asambhav (2003) and Beyhadh 2 (2019). She has left her signature style that impresses audiences by her performance in Hindi and Gujarati Television.

Some Facts About Rupa Divetia

If you have more details about Rupa Divetia. Please comment below we will updated within a hour.