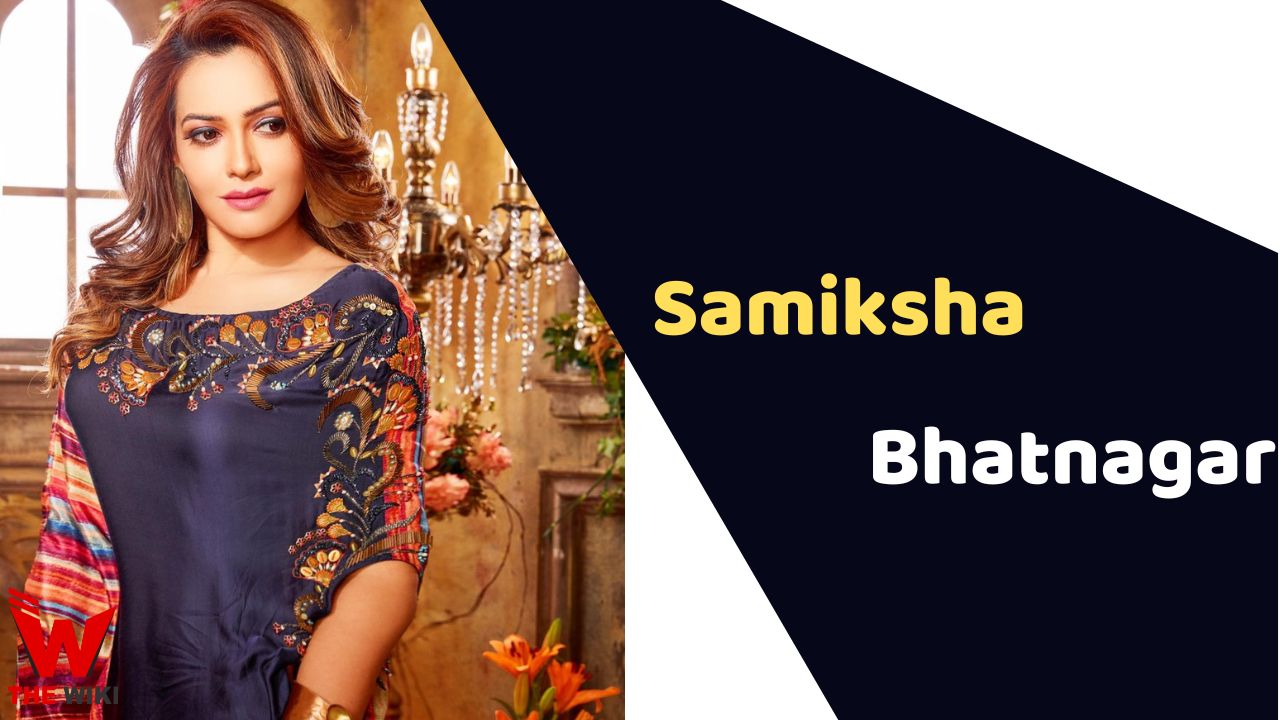 Samiksha Bhatnagar is an Indian television actress and choreographer. She is famous for her character Gurpreet in serial named Veer Ki Ardaas Veera on Star Plus from 2012-13. She has done many supporting roles as well as lead roles in TV shows of Star Plus and Zee TV. Samiksha is an outstanding dancer and well-trained in classical, western and semi-classical dance forms.

Samiksha was born on 12 January 1988, in Dehradun, Uttarakhand. She is a very loving child of her parents and very stunning actress from Dehradun. She did Ph.D. in Kathak dance from Delhi University. Since her childhood, she has a dream to become an actress which is fulfilled in 2011.

In 2008, Samiksha started her own dance academy in Delhi. Later on, she headed to Mumbai for pursuing her career in acting and modeling. Samiksha started her career in the field of acting in the year 2011. The first show in which she has worked is Veer Ki Ardaas Veera. She has subsequently acted in many television serials such as Baal Veer, Uttran,Veera, Kum-kum Bhagya etc.

Samiksha has also worked in few Hindi films named Calendar Girls as a Cameo dancer in the year 2015, followed by Poster Boys where, she worked against Bobby Deol as lead actress. She was also seen in movie Hay Ram Hamne Gandhi Ko Mar Diya produced and directed by Naeem A. Siddqui alongside Pratima Kazmi and Subrat Dutta

Some Facts About Samiksha Bhatnagar

If you have more details about Samiksha Bhatnagar. Please comment below we will update within an hour.