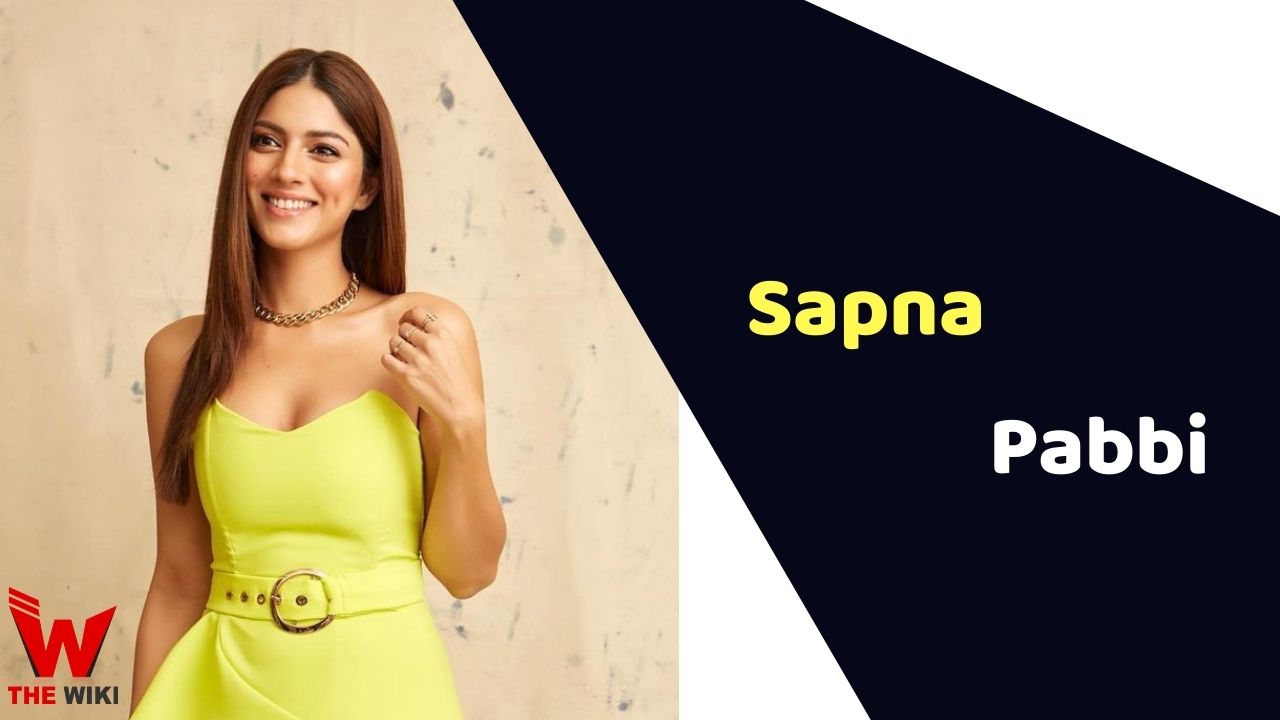 Sapna Pabbi is a British-Indian actor and model who predominantly works in the Bollywood film industry. She has worked in the Bollywood movies like Khamoshiyan and Drive. She is popularly recognized for her work in the web series Inside Edge, Four More Shots Please!, Bombers and Breathe.

Sapna Pabbi was born on 20 December 1985 in London, United Kingdom. She completed her graduation from Aston University.

Sapna started her career with the television serial Ghar Aaja Pardesi as Rudrani broadcasted on Sahara One in 2013. She starred in two seasons of the Colors TV’s action-thriller series 24 as Kiran Jai Singh Rathod in 2013 and 2016, respectively. The series is based on the American television series of the same title. Sapna made her debut with the romantic thriller-horror film Khamoshiyan by playing a beautiful mystery woman Meera Dhanrajgir who managing a hotel in South Africa In 2018, she appeared in a cameo role of Sunaina in the Telugu film Tholi Prema. She debuted with the Punjabi romedy movie Mar Gaye Oye Loko as Simran in 2018 and was a box office hit.

Apart from television and films, Sapna is quite popular on digital world. She has appeared in Amazon Prime’s original crime drama-thriller web series Breathe as Ria Ganguly in 2018. She played the role of Andy in the 2019 sports-drama series Bombers on ZEE5. In the same year, she acted as Akansha Moitra in the series Four More Shots Please Season 1 aired on Amazon Prime in 2019. She did a sports-drama web series Inside Edge: Season 2 as Mantra Patil in 2019.

Some Facts About Sapna Pabbi

If you have more details about Sapna Pabbi. Please comment below we will updated within a hour.