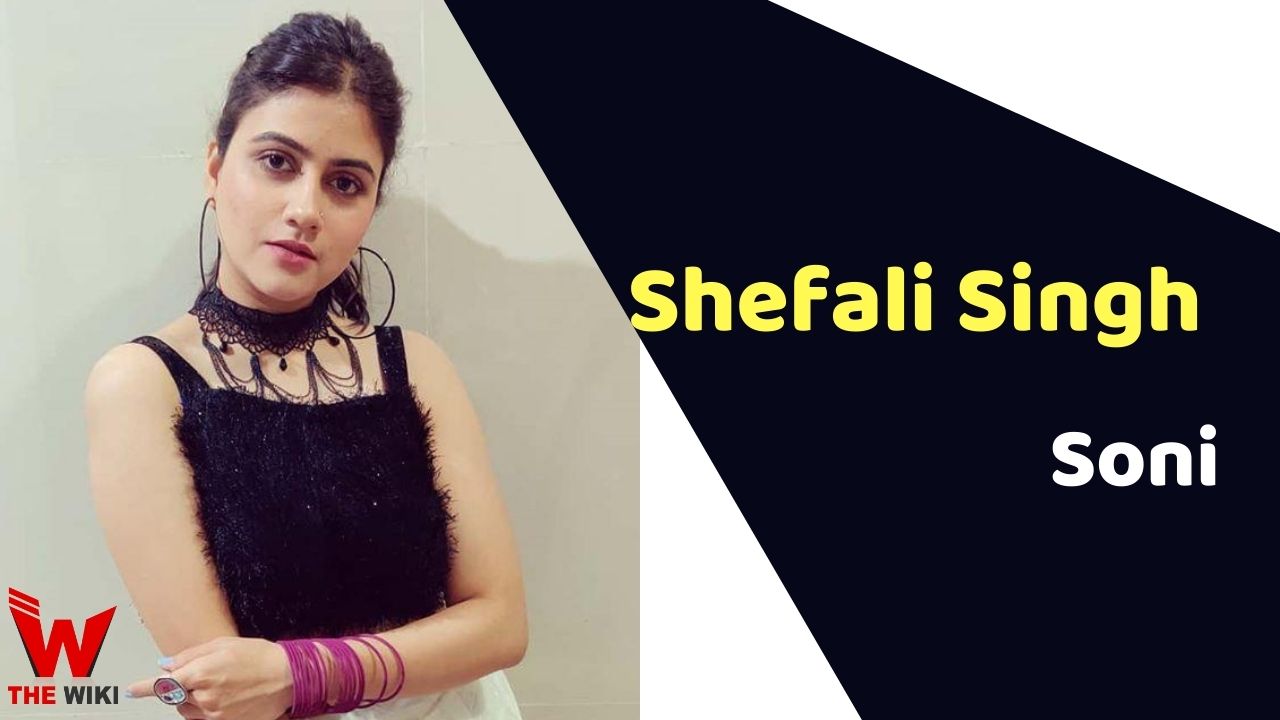 Shefali Singh Soni is an Indian television actress and model. She is known for television shows Tu Sooraj Main Saanjh Piyaji, Ek Thi Rani Ek Tha Raavan etc. She has also worked in many short films. Recently she appeared in the role of Juhi Kothari (Preeti’s daughter) in the Star Plus television show Shaadi Mubarak.

Shefali’s father is an officer in Bank of India and mother is a business woman. While studying, she had decided that she should make a career in acting. She went to Mumbai and got selected in Sony TV serial ‘Beyhadh’, but due to lack of serial preference, she did not accept the offer. After which Shefali made her TV debut with the Star Plus show ‘Tu Sooraj Main Saanjh Piyaji’ in 2017. She has so far appeared in shows like Ek Thi Rani Ek Tha Raavan and Shaadi Mubarak.

Some Facts About Shefali Singh Soni

If you have more details about Shefali Singh Soni. Please comment below we will updated within a hour.