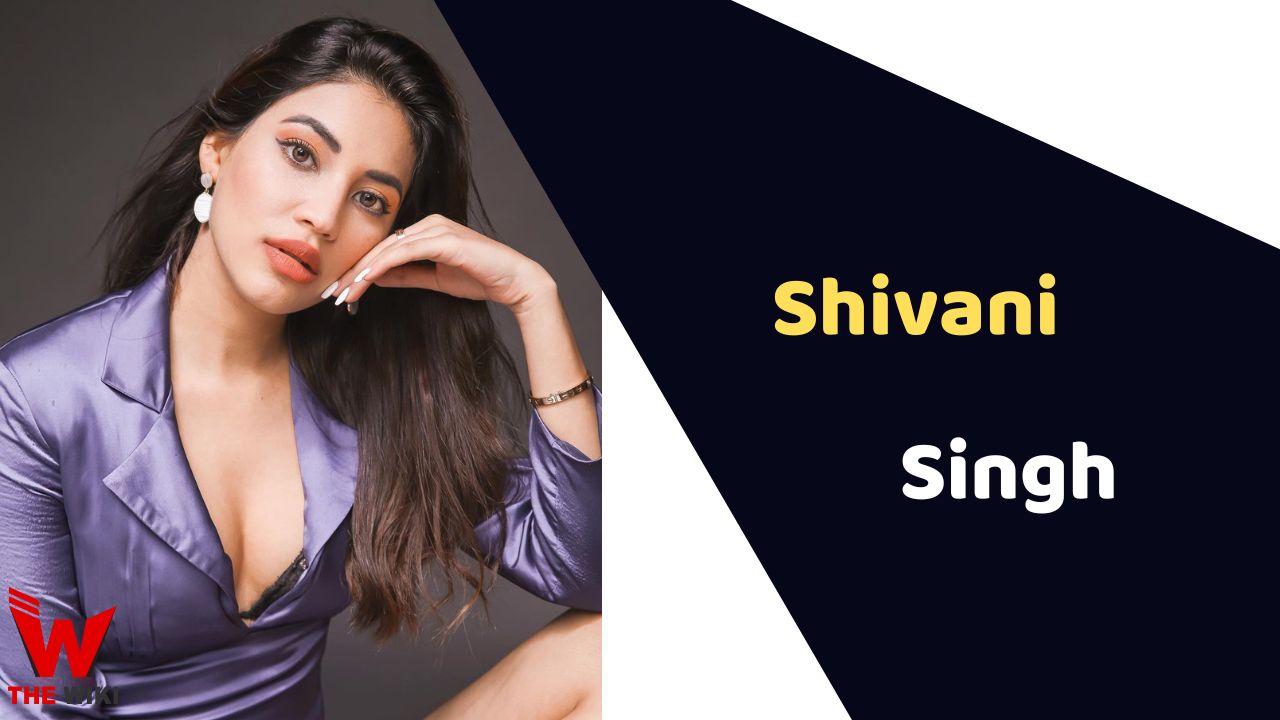 Shivani Singh is an Indian actress and model who mainly works in television shows. She started her career in modeling and then later started doing television shows and web series. Shivani is the finalist in the beauty pageant Miss Diva Universe 2014 by Yamaha Fascino. She is a social media influencer and has more than a million followers on Instagram.

Shivani Singh was born in Udaipur, Rajasthan to a Hindu family. Her father is a businessman and her mother is a homemaker. She did her schooling at Ashok Academy and later pursued graduation from Mithibai College, Mumbai. She had keen interest in acting and moved to Mumbai to pursue career in modeling and acting.

Shivani was always keen on acting and wanted to enter Bollywood from an early age. Therefore, she started joining different modeling events. In 2014, she took part in a beauty pageant Miss Diva Universe 2014 by Yamaha Fascino, where she was one of the finalists. She also made her debut with a television show Bandi Yudhh Ki in 2016 as Naina, which was an Indian political thriller show developed by Nikhil Advani. She has appeared in two shows of Gumraah which got premiered on Channel V.  Her other popular shows are Krishna Chali London and Mind the Malhotras.

In 2018, Shivani appeared as lead actress in the web series called Intern Diaries. She is also working with a Fashion Management Adverstiment Company as a model.

Some Facts About Shivani Singh

If you have more details about Shivani Singh. Please comment below we will update within an hour.