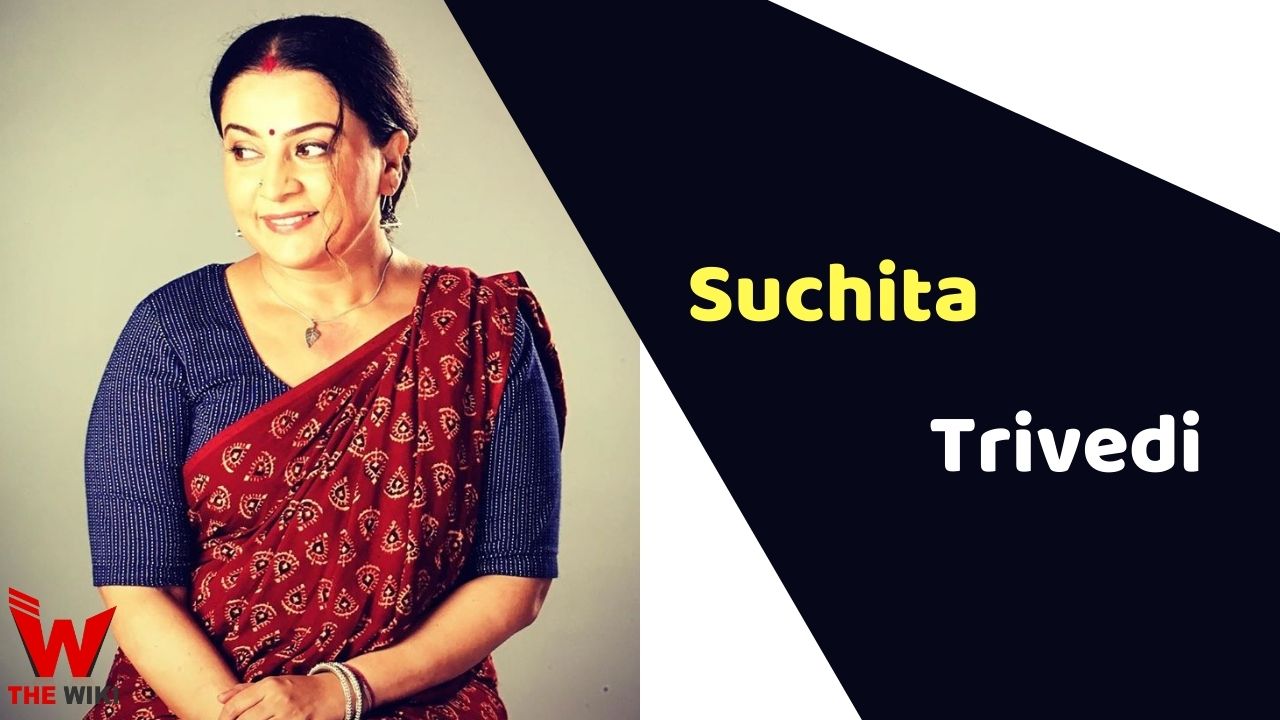 Suchita Trivedi was born on 20 September, 1976 in Mumbai, Maharashtra. Her father is Anil Trivedi and mother is Geeta Trivedi. At the age of 7, she first appeared in a Bollywood movie Woh Saat Din.

In 1983, Suchita made her debut in film industry as a child artist with Woh Saat Din, starring Anil Kapoor. She was also seen in popular films like Laila, Preeti, Mission Kashmir, O Re Manvaa, Firaaq etc. She also active in gujarati film industry. In 2018 she appeared in a Gujarati  film Ventilator.

Suchita is best known for their contribution in television industry. she started her journey with a cameo appearance in Sailaab serial. after that she continuously worked in several serials such as Gopaljee, Ek Mahal Ho Sapno Ka, Khichdi, Doosre Se Karte Hain Pyaar, Ishq Mein Marjawan etc. Her potroyed role in Baa Bahoo Aur Baby become quite popular and also won Indian Telly Award for Best Actress in a Comic Role for this.

Suchita Trivedi ties the knot with Nigam Patel in private ceremony on 22 September 2018 at Bhavnagar in Gujarat. The wedding was attending by the actress’s close family and friends

Some Facts About Suchita Trivedi

If you have more details about Suchita Trivedi. Please comment below we will updated within a hour.