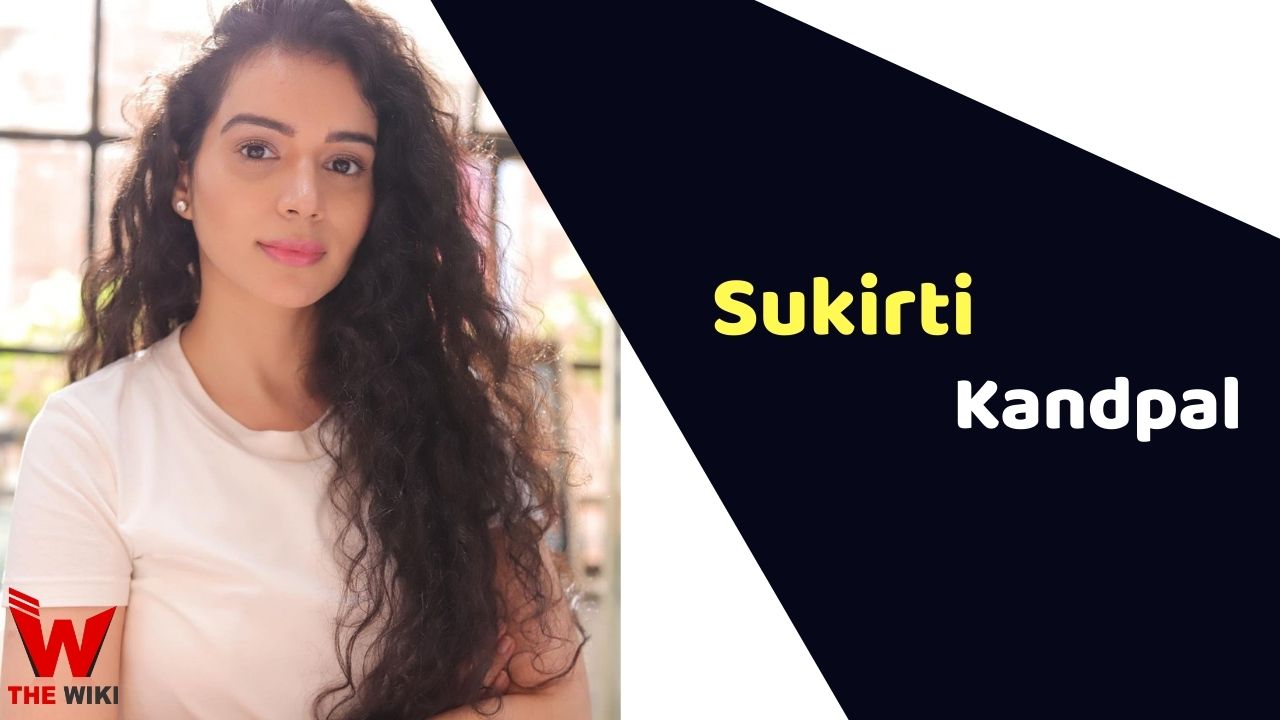 Sukirti Kandpal is an Indian television actress and model. She is known for playing the character of Piya in Pyaar Kii Ye Ek Kahaani in 2010. She made her television debut with the show Jersey No. 10 in 2007. She won the Aadhi Aabadi Women Achievers Award in 2013 for outstanding contributions in her field.

Sukirti Kandpal was born on 20 November 1987 in Nainital, Uttarakhand to B.D Kandpal and Manju Kandpal. She grew up with her siblings, Manjul Kandpal and Bhavna Kandpal. Kandpal has completed her schooling from St. Mary’s Convent School, Nainital, Uttarakhand. She has completed her graduation and got her economics degree from Sophia College for Women, Mumbai, Maharashtra.

Kandpal represented India in Miss India Worldwide contest, which was held in Dubai in 2011 and won the title of Miss Bollywood Diva. She has worked for many brands like PC Chandra Jewellers Goldlite Collection, Margo Neem Face wash, Dove Shampoo, etc. She has also appeared as a judge in Miss. India Dubai International Beauty Pageant in 2016 and Mr. and Miss. Delhi India in 2017. She was seen in Bigg Boss 8 as a celebrity contestant in 2014.

Kandpal dated Manavendra Singh Shekhawat but after some time they split up. She is currently in relationship with Rishabh Jain, a business executive who lives in South Mumbai.

Some Facts About Sukirti Kandpal

If you have more details about Sukirti Kandpal. Please comment below we will updated within a hour.