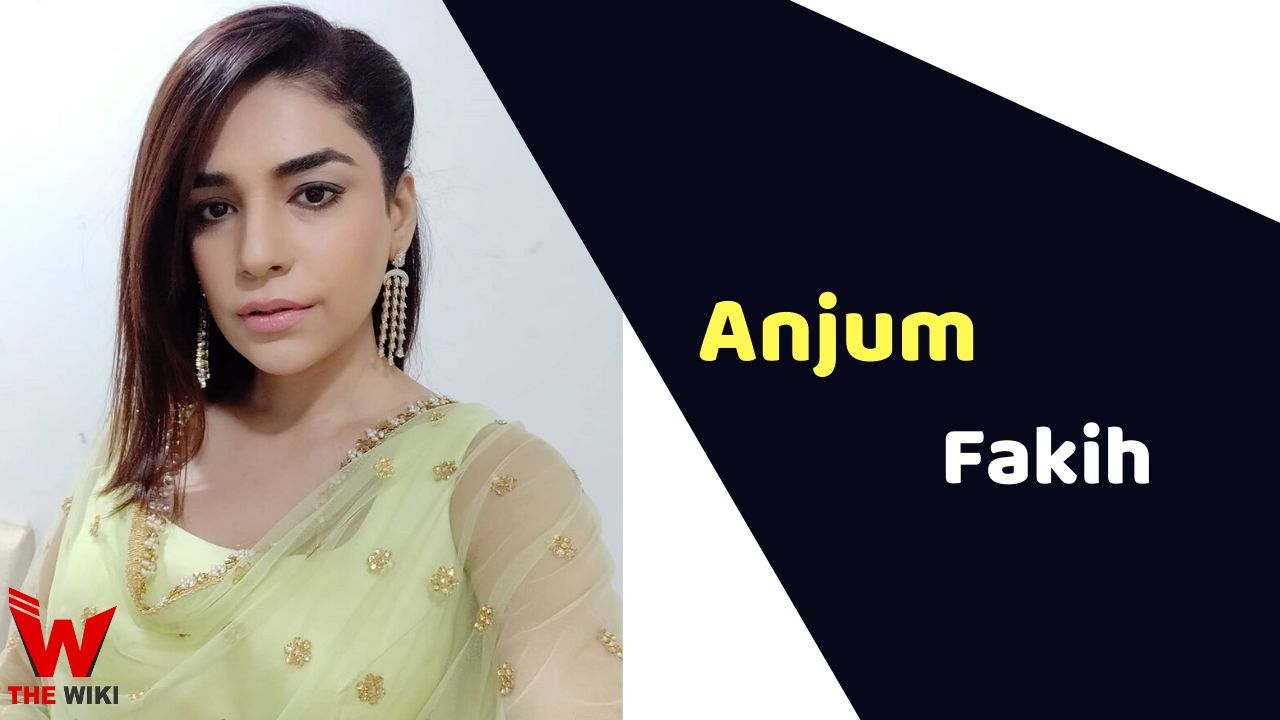 Anjum Fakih is an Indian television actress. She is known for the television shows Kundali Bhagya, Devanshi, Ek Tha Raja Ek Thi Rani etc. She played character of Rageshwari in the TV show Kundali Bhagya which was quite popular. Fakih has also been awarded several awards for this role. Anjum has been working in the television industry since she was just 19 years old.

Anjum Fakih was born on 12 September 1989 in Mumbai. She belongs to a Muslim family. Her family lived in Saudi Arabia. Her Family consist of her parents and a younger sister. Fakih completed her education under Mumbai University. At the age of just 19, she had decided that she would work in the glamor industry.

Fakih started her journey as a model. After which she got chance on television from the TV show Mahi Way in this show she appeared in the role of Bonita Ahluwalia. She got recognition in the glamor industry from MTV’s Chat House on MTV channel show. After which she appeared in supporting roles in many TV shows including Time Quake and Tere Sheher Mein. On television, she got the fame from the Zee TV show Kundali Bhagya in 2017. In this show, she played an important character of Srishti Arora. She was also awarded the Gold Awards and Zee Rishtey Awards for this role.

Anjum Fakih is a famous actress in the television industry. She is always in the news media about their relationship. According to some media reports, she is currently in a relationship with comedian Kettan Singh, They met each other for the first time during an award function. After which they are spotted together in many places.

Some Facts About Anjum Fakih

My debut Zee Rishtey award… Nominated and won the title 'Best Behen'… @ektaravikapoor I won't stop thanking you for giving me shrishti… For changing my bhagya in my kundali… And it's not going to stop here… am gonna thank you again and again even tho it may sound cheesy to you… But THANK YOU… and my most fav channel @zeetv am blessed that I am a part of your kutumb your family… Thank you @supriyarshukla my onscreen momma for giving me birth virtually…but being a bit real to your status of being my mother… Thank you @sarya12 Meri virtual behen jiske Bina ye award kuch maayine nahi rakhta.. main tumhari behen hu so thank you di for being my virtual sister and carrying it on to the real surface also… Thank you my creatives… My writers… My production team my entire kundali bhagya family… You have definitely been the best happened to be in my bhagya… And last but not the least my fans for loving shrishti and making this show numero uno since last 2years… I love you all ❤️❤️❤️ #bestbehen #ZRA2019 #zeerishteyawards2019 #kundalibhagya #zeetv #shrishti

If you have more details about Anjum Fakih. Please comment below we will updated within a hour.