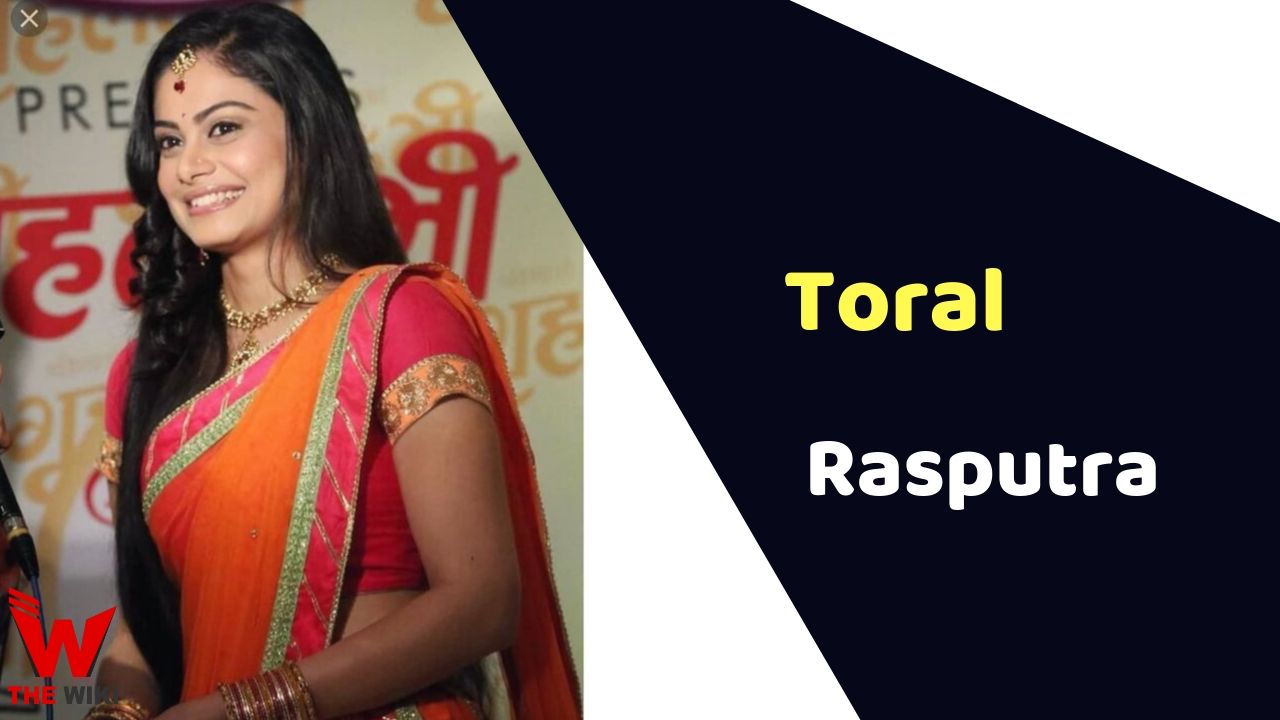 Toral Rasputra is an Indian television actress. She is known to famous television serials like Balika Vadhu, Udaan, Mere Sai, Jag Janani Maa Vaishnodevi. She started her career with the Disney show “Dhoom Machao Dhoom” in the year 2007.

Toral Rasputra was born on 26 December 1987 in Kutch (Anjar), Gujarat. But Toral has been brought up in Mumbai. Toral has been very fond of acting since childhood. After completing her studies, she started her career with the Disney show “Dhoom Machao Dhoom”. She played the main character of Priyanka in this show. Toral has played Raima in ‘Yahan Ke Hum Sikandar’, Shaina in ‘Rishton Ki Dor’, Rasal in ‘Kesariya Balam Aavo Hamare Des’ and Isha in ‘Ek Nayi Chhoti Si Zindagi’.

The most famous character of Toral was Anandi Shivraj Shikhar of Balika Vadhu. She gained a lot of fame with this show. After this, Toral also appeared in a comedy play ‘I Love You Too’. She has played a key role in other television shows like Udaan, Namune, Mere Sai, Maa Vaishnodevi – Kahani Mata Rani ki.

Some Facts About Toral Rasputra

If you have more Details about Toral Rasputra. Please comment below we will updated within a hour.